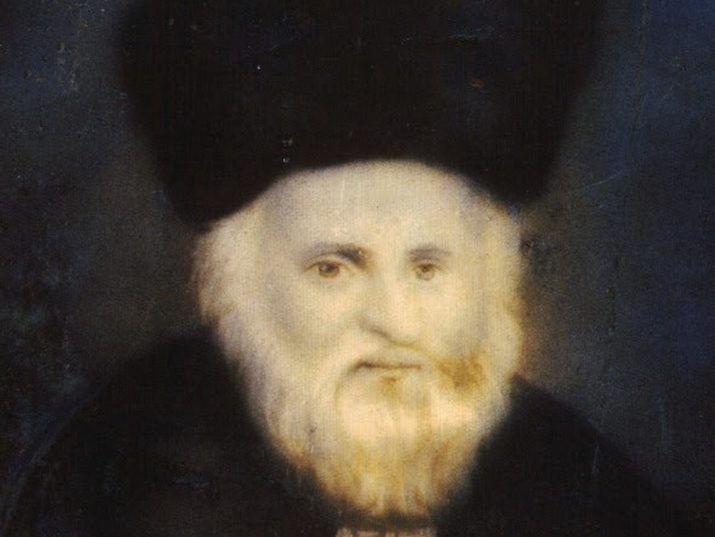 In 1764, Stanislaw Poniatowsky, King of Poland and Grand Duke of Lithuania, enacted a number of far-reaching political reforms with the aim of reinforcing his control over the country. Unfortunately, Poland had a much bigger headache to contend with during this period… Eight years later, the combined armies of Prussia, Austria and Russia invaded and carved great chunks out of the country, in what proved to be just the first of three divisions of Poland. By the end of the process, history had accorded Stanislaw a title he’d much rather have done without – that of last King of Poland and last Duke of Lithuania.

Stanislaw’s reforms brought an end to the central autonomous Jewish government known as the Council of Four Lands, (Lithuania was effectively the fifth land governed by the body). The Council had acted as the highest supra-communal authority of Polish Jewry since the beginning of the sixteenth century, at a time when Poland represented the world’s largest center of Jews. The council’s main purpose was to divvy up the government levy on the country’s Jewish minority among the various communities, ensure the taxes were collected and hand them over to the authorities. (Until the modern era, taxes weren’t levied on individuals, but on the segment of the population to which each individual belonged, whether a guild, a church or, in the case of the Jews, the community or Kahal.) The administration of this communal tax was in many ways the most significant expression of Jewish autonomy in Poland.

The Polish government generally mistrusted the statistics provided by the Jewish supra-communal authorities, assuming they underestimated the true number of Jews in order to minimize taxation and suspecting that some of the money collected was kept back for Jewish communal purposes. Once the 1764 reform had been enacted, the council was dissolved and the authorities began collecting taxes directly, on the basis of the size of the Jewish population. The number of Jews was estimated on the basis of a general census taken between 1764 and 1766. At the time, the Jews were not thrilled by to the whole idea of the census, but today it’s regarded as crucial resource for the history of Polish and Lithuanian Jewry in the last third of the eighteenth century. Census documents are scattered over the archives of all the various states whose territory was then part of the Kingdom of Poland, and copies of many of them can be found in the Central Archives for the History of the Jewish People.

The Lithuanian State Historical Archives in Vilnius houses numerous censuses, including examples from the early 1760s, as well as later censuses, and a wonderful collection of BMD (birth, marriage and death) records from the important Jewish communities that populated the region.

The census provides researchers with plenty of useful sociological information, including the average size of families, the number of widows in the community, as well as its members’ occupations. As family names were still not compulsory in Poland when it was taken, it’s not easy to trace individual families in the records, but for genealogists able to puzzle their way back this far, it provides a wealth of detail.

In certain instances, a careful search will award the researcher with great findings that will warm the heart of anyone interested in Jewish heritage, especially those of Litvak origin.

We will focus here on the census taken in Vilnius (then: Wilno) in 1765. The census was arranged according to streets. A few pages are dedicated to one of the main streets of old Vilnius – Niemieckiey (meaning ‘German’ in Polish) Street, now known as Vokiečių Street, an area highly populated by Jews at the time. On one of the pages dedicated to the right side of the street, we find one Eliasz Zelmanowiz, his wife (ZONA) Chana, his son (SYN) Zelman, his daughter (CÓRKA) Basia (=Batia), as well as the servant Nechama. The name of the paternal head of the family, combined with the names of the other family members, reveals that we are dealing with Rabbi Elijah, son of Solomon Zalman, better known as the Vilna Gaon!

The Gaon was 45 years old at the time. He lived in Wilno and dedicated his life to the study of Torah, but did not serve in any official position in the community. Of his eight known children, only two are mentioned here. Some of them passed away as infants, others were not born yet, and two of the older girls may have been married at the time.

The census sums up that this household consists of four members, as well as one servant. It is interesting to note the fact that the servant also bears a Jewish name – Nechama.

This census can be accessed through the LVIA website.

The @ the Source training program is bringing together in Jerusalem a group of heritage professionals from the Baltic states. The National Library of Israel and the Central Archives for the History of the Jewish People used this opportunity to invite genealogists and other interested parties to an event titled  “Litvak Roots” which presented the rich palette of historical and genealogical sources stored in the National Archives of Lithuania and Latvia, as well as insight into communal and personal histories brought by expert scholars: Professor Shaul Stampfer and Ilya Lensky, director of the Jews in Latvia Museum. The event included a question and answer session with the panel of presenters.

This document was presented at the event, as well as many other important sources for the history of the Jews in Eastern Europe in the 18th-20th Centuries.

How the German-Jewish Refugees Flourished in the Kenyan Farmlands