The Letter of Apostasy: Maimonides as a Refugee 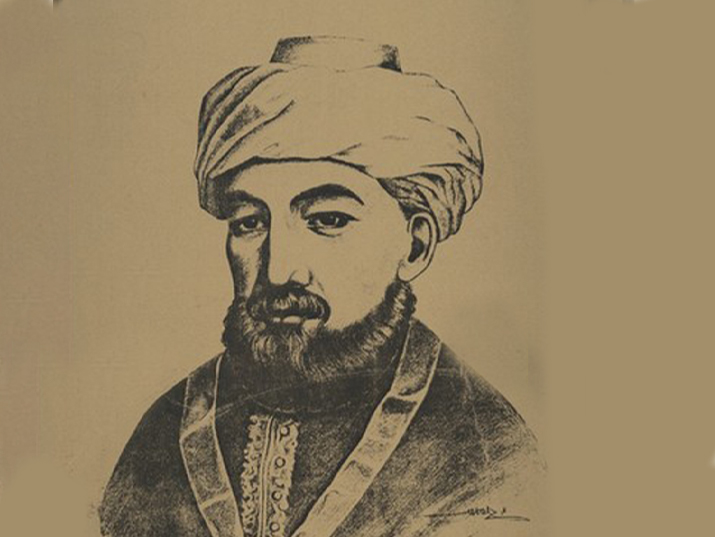 Rabbi Moshe Ben Maimon’s (Maimonides) life experience taught him from a young age that he and his contemporaries were living in an era of destruction in Jewish history. When the great Jewish philosopher was in his early twenties, the Almohad (“the unifiers”) movement came to power in Muslim Spain. The radical Islamic movement’s main goal was to forcibly spread their extreme version of Islam. To this end, they worked to shatter the communal life that had developed in the areas they conquered. “The Golden Age” of Jewish life in Spain had come to an end. The Almohads conquered North Africa and Andalusia, attempted to eliminate any “foreign influence” on what they saw as “True Islam”, and forced non-Muslims to choose between Islam and death. In many cases, non-Muslims were not given the choice to convert and were executed immediately.

As the conquerors progressed, Maimonides’ family fled to Morocco and the Maghreb, presumably in 1159. It is unclear why they chose to immigrate precisely to the stronghold of the Almohads, especially at a time when the Jewish communities were being annihilated under the orders of the movement’s leader, Abd al-Mu’min. One theory is that the family’s anonymity in Morocco made it easier to hide their Jewish background.

By this period, Maimonides was already engaged in the heated halachic debate on the question of forced conversion among Jews of the Maghreb and Andalusia. Jews who managed to escape the Almohad terror after being forced to convert to Islam, turned to different decisors with the question: What were they to do now?

A famous, widespread halachic decision stated that Jews who were persecuted were to refuse to convert to Islam even if it cost them their lives; this was because the practice of Islam was considered idolatry. The rabbi who published the decision (his identity is unclear) added that Jews who were forced to convert to Islam were not only unable to return to Judaism in freedom, they were condemned to death. When Maimonides heard of this decision, he felt it was his duty to reply. He wrote the Letter of Apostasy and sent it to the persecuted Jews of the Maghreb.

From the very beginning of the letter, it is apparent that Maimonides could not contain the rage he felt towards the hasty rabbi who had declared that forced converts to Islam were to be expelled from the Jewish people. He stated that anyone who publishes such a severe decision is like an empty vessel that “should not speak at length”. After reading the rabbi’s decision in full, Maimonides stated that this man was not “clear-headed”.

After completely annulling the rabbi’s authority, Maimonides utilized his profound knowledge of Jewish wisdom and gathered several sources from the Midrash and Aggadah. He wished to show that throughout history, the people of Israel sinned time after time and committed idolatry, yet the Lord forgave them each time they professed repentance. Maimonides further wrote that there were numerous incidents in which even great sages of Israel were forced to pretend and commit sins, while they secretly continued to practice the laws of the Torah.

“If these well-known Heretics were generously rewarded for the little good that they did, is it conceivable that God will not reward the Jews, who despite the exigencies of the forced conversion performed commandments secretly? Can it be that He does not discriminate between one who performs a commandment and one who does not, between one who serves God and one who does not?”. In this, Maimonides concluded that not only were the Jews of the Maghreb who converted to Islam not to be expelled from the Jewish people, but they had become a link in the chain of persecuted Jews throughout the generations. 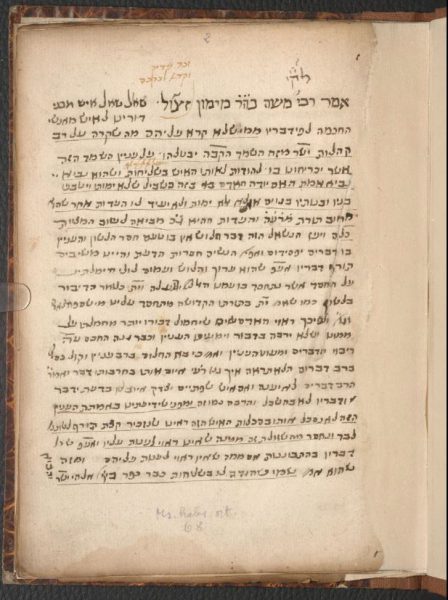 Maimonides did not stop there; he tried to lessen the sense of guilt and rejection caused by saying the Islamic Shahada – the proclamation declaring “There is no god but Allah. Muhammad is the messenger of Allah”. He clarified to the Anusim (forced converts) that in saying this they were not betraying the God of Israel, as these words were meaningless to those Jews who were forced to utter them. At the end of the letter, Maimonides advised the forced converts to immigrate to regions in which they could return to the embrace of their people and live as Jews leading lives of Torah and mitzvot.

Though Maimonides’ years of wandering came to an end upon his arrival to Egypt in the year 1166, the immigrant and Almohad war refugee never forgot the years of wandering and religious persecution that were the fate of his family and people. To the end of his days he would address himself in his writings as the “Sephardic one” or the “Andalusi one”.

If you liked this article, try these: When Heinrich Heine Revealed His Thoughts on His Conversion to Christianity Gershom Scholem’s Mystical Experiences “The Book of Imprisonment and Exile” by Irgun and Lehi Exiles in Africa