Home > British Jewry > Let My People Serve! How a Jew Became Mayor of London Against the Odds
Diaspora

David Salomons made it his life’s mission to put an end to the religious restrictions imposed on the Jews of England that forbid them from participation in political and civil life. 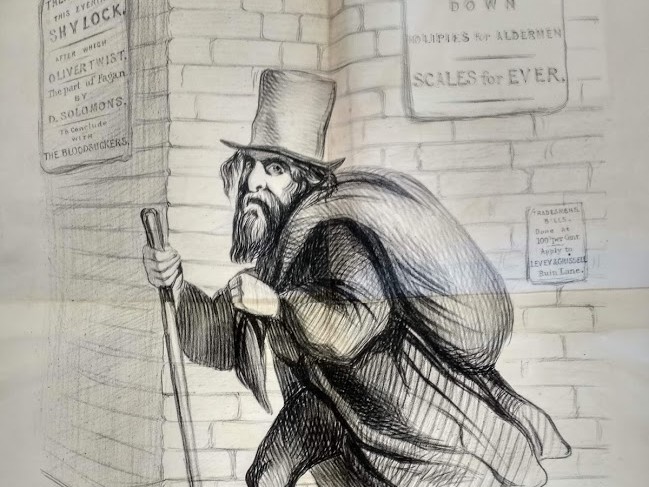 For the Jews of England in the mid-19th century, the idea of holding public office was not only outlandish, it was practically impossible due to the religious restrictions, known as religious disabilities, imposed on the Jewish community that excluded them from participation in the political, municipal and civil life of the country.

For David Salomons, the emancipation of the Jews of England became his life’s mission. Born in London in 1797 to Levi Salomons, a prominent stockbroker, David joined the family business and under the tutelage of his father, he became a successful member of the stock exchange.

David felt that a person’s religious beliefs were meant to be private and should be of no public concern – assuming the principles were moral and in line with the views of the state – and that his beliefs and his religion should in no way limit his personal rights or ability to serve the public.

Eager to remove the religious restrictions imposed on the Jewish community, David decided it was time to break down barriers and boldly announced his candidacy for the Office of the High Sheriff. While his candidacy initially faced opposition, on June 24, 1835, David Salomons became the first Jew to ever be successfully elected to the sheriff’s office. Little did he know that this was just the beginning of the difficult fight he would face throughout his political career.

In order to officially take up his position as sheriff, David was required to take the oath of office – an oath including the phrase, “I make this declaration upon the true faith of a Christian.” This was an oath that no professing Jew could take. Thankfully, just as it seemed David would need to forfeit his seat, the government stepped in and the Sherriff’s Declaration Act was quickly passed, allowing David to take on the role without making the declaration. This declaration was hailed as a triumph over prejudice and a furtherance of civil rights and privileges.

Unfortunately, the law did not take David’s side when he was elected Alderman of the City of London in December of 1835. When David would not take the oath, his election was declared null and void and a new election was held.

David, with the help of other prominent Jews, petitioned the court to make changes to the law, to no avail. David took a chance and again ran for the position of Alderman – this time for the Portsoken Ward. This political race brought with it a new wave of anti-Semitic rhetoric that reared its ugly head in the articles and cartoons in the local papers. Though he was successfully elected, he was once again barred from holding office after refusing to take the oath.

Finally, after years of petitioning and legal action, in 1845, the Jewish Disabilities Removal Bill was successfully passed and a different declaration was composed for Jews elected to public office. Instead of professing to the Christian religion, Jews would vow not to act in a way that would undermine the power of the church.

“I, being a person professing the Jewish religion, having conscientious scruples against subscribing the declaration contained in an act… do solemnly, sincerely, and truly declare that I will not exercise any power or authority or influence which I may possess… to injure or weaken the Protestant Church as it is by law established in England.

The next time David ran for Alderman in 1847, he was granted his seat and was permitted to take office after reciting the new oath. That did not stop the anti-Semites from continuing their tirades against him in the press with journalists referring to Salomons as “only half an adlerman.”

Years later, having served now as sheriff and alderman, and with no religious hindrances in his way, David was elected to the high office of Lord Mayor of London. On November 9, 1855, Mayor-Elect Alderman David Salomon was officially sworn in as Lord Mayor, taking a vow that did not deny his own faith.

The Lord Mayor’s Show, a lavish procession and banquet celebration in honor of the new mayor, took place in accordance with tradition. The newly minted Jewish mayor was paraded through the streets with flag bearers, soldiers, drummers and trumpeters walking ahead of his carriage on the way to a bountiful banquet featuring over 1,000 bottles of wine and a decadent dinner. The cost of the celebrations totaled 2,813 pounds, approximately 100,000 dollars today.

For the Jews of London, the celebration was about more than the appointment of a new mayor; it was a celebration of new rights and new opportunity.

Despite facing tremendous opposition and shocking anti-Semitic rhetoric, David Salomons never lost sight of his ultimate ambition: to bring equality and respect to the Jewish community of England.

His persistence and passion drove him to serve in the British parliament, a position that required even more changes in the law to allow for Jews to serve in the government on a national level. His dedication and determination to change the discriminatory laws helped pave the way for future Jewish British leaders and politicians to leave their marks on history.