The Night of Broken Glass and Broken Hearts

Old photographs and postcards reveal how much was lost to the Jewish community on the night of the infamous Kristallnacht pogrom at the start of World War II. 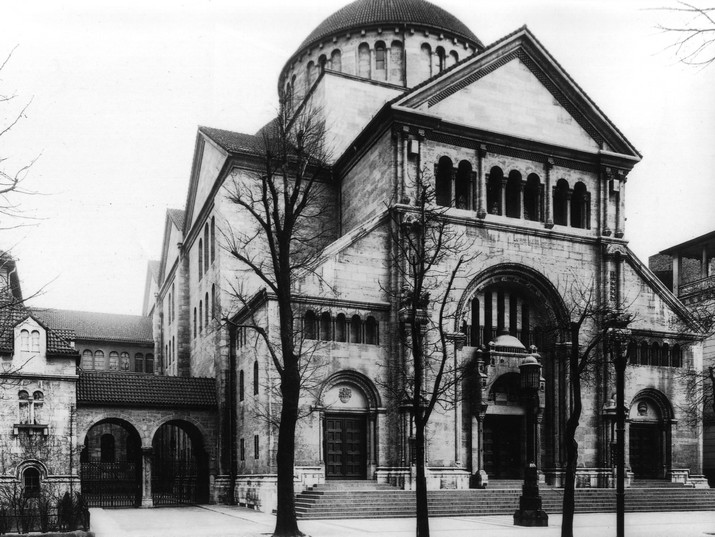 The Fasanenstrasse Synagogue in Berlin's Charlottenburg district. Built in 1910 and destroyed on Kristallnacht.

The loud pop of an early 20th century camera flash and the clumsy angling of a budding photographer are all that remain of a beloved synagogue in Hamburg, Germany, a building that had served as the epicenter of the religious Jewish community until the early 1930s when the horrors of the Holocaust brought German Jewish life crashing down.

By the early 1930s, over half a million Jews were living and flourishing in the heart of Germany. In a matter of a few short years, Jewish life descended into chaos. The Jewish community was caught off guard as the rise of the Nazi party reinvigorated the persecution and discrimination in their beloved country.

It is November 9, 1938. The streets of Germany under the Nazi regime are rife with tension as evening approaches.

That night, the carefully orchestrated violence begins. Jews hide, cowering in their homes as their businesses are destroyed by raging German citizens and officials. They hide in fear as their Great Synagogue of Hamburg, photographed just a few short years ago by a passing tourist, goes up in flames, leaving nothing behind but a simple photograph to remember it by.

Kristallnacht. The night of broken glass. Two days of violence that resulted in the destruction of 250 beloved synagogues, the very heart of the religious Jewish communities.

The photographs and old postcards found in the National Library of Israel archives depict the beautiful architecture of the beloved synagogues built in the decades before the start of World War II and stand in living memory of what was lost to the Jews of Germany.

This post was written as part of Gesher L’Europa, the NLI’s initiative to connect with Europe and make our collections available to diverse audiences in Europe and beyond.   These articles may also interest you: A Shattered Childhood: Memories of Kristallnacht Hate in Nazi Germany as Photographed from the Back of a Motorcycle When Buchenwald Was Liberated: A First Glimpse of the Holocaust