Frederick Accum and the “Death In the Pot”

That time the immigrant chemist from Germany decided to rock the boat and change the English food industry forever. 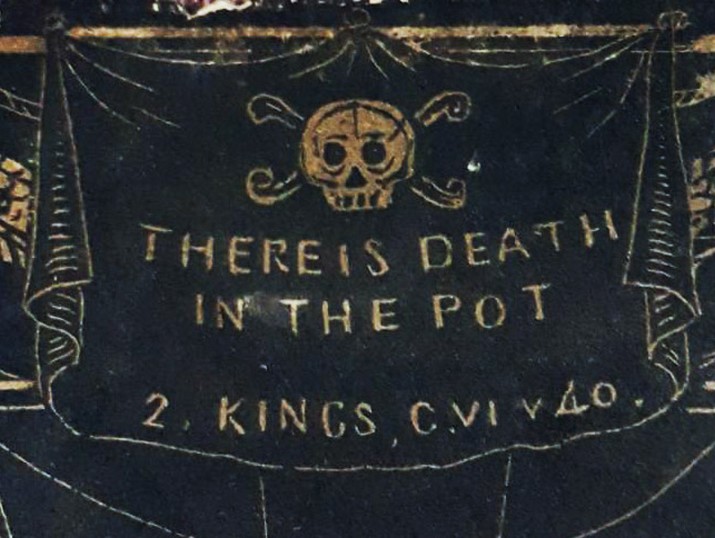 Frederick Accum qutoes the Book of Kings 2 on the cover of his treatise, 1820

In 1820, an essay about the fraudulent additives put in food was published in England, by one Frederick Accum. It was titled, A Treatise on Adulterations of Food, and Culinary Poisons, and it sold over one thousand copies in the first month.

Frederick Accum was a pharmacist in Hanover who immigrated on his own to England at the age of 24. He made his way into the the world of apothecary and chemistry in England and was soon mastering English and the science field in which he was apprenticing.

At the turn of the 19th century, Compton Street in London was the center of scientific research in England and it was there that Accum situated himself selling lab equipment and taking his own risks in the lab while working on gas and gaslight. It was that audaciousness in the lab that would lead him on his crusade against the liars in the food industry.

This is one of the sophistications of the articles of food most commonly practiced in this metropolis, where the goodness of bread is estimated entirely by its whiteness. It is therefore usual to add a certain quantity of alum to the dough; this improves the look of the bread very much, and renders it whiter and firmer. Good, white, and porous bread, may certainly be manufactured from good wheaten flour alone; but to produce the degree of whiteness rendered indispensable by the caprice of the consumers in London, it is necessary (unless the very best flour is employed,) that the dough should be bleached; and no substance has hitherto been found to answer this purpose better than alum.”

His risk taking and seemingly condescending attitude was clear when he went after those he considered food tainters and fraudsters. In 1820, Accum’s treatise denounced the use of toxic food additives and marked the beginning of a social consciousness in the approach to food. Accum’s publication addressing the issue of food adulteration by companies became a best seller, with three editions come out in the same year.

The treatise contained methods of detecting the additives, explained in what foods they were found, and the harm they could do if and when consumed. 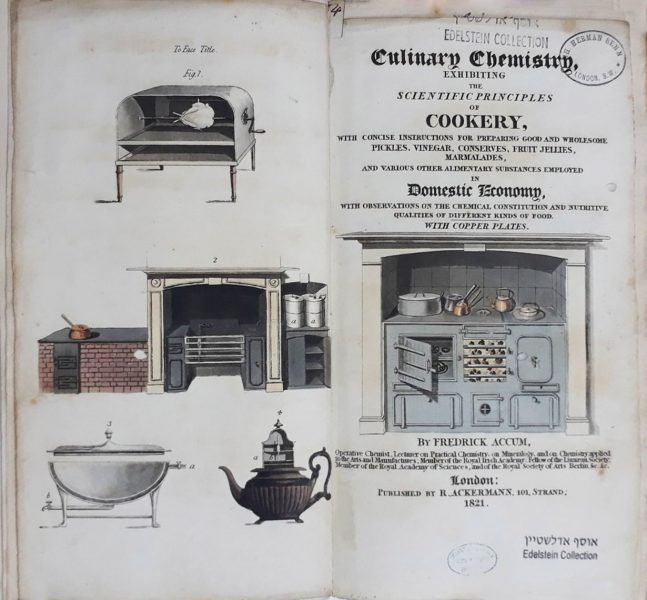 The beverage called soda water is frequently contaminated both with copper and lead; these metals being largely employed in the construction of the apparatus for preparing the carbonated water, and the great excess of carbonic acid which the water contains, particularly enables it to act strongly on the metallic substances of the apparatus; a truth, of which the reader will find no difficulty in convincing himself, by suffering a stream of sulphuretted hydrogen gas to pass through the water.”

While his treatise became immensely popular, London’s food producers viewed him as enemy number one.

In the second edition of the book, Accum writes in the foreword that he had received threats from the businesses whose reputation he had “tarnished” by publishing the truth about their dealings. Accum would continue to report the crimes of these businesses and the cheats who were not only guilty of lying to the public, but who were in fact, poisoning the public.

Several instances have come under my notice in which Gloucester cheese has been contaminated with red lead, and has produced serious consequences on being taken into the stomach. In one poisonous sample which it fell to my lot to investigate, the evil had been caused by the sophistication of the anotta, employed for colouring cheese.”

Though he was forced to return to Germany after being persecuted by his poisonous enemies, his works continued to be printed and reprinted and were then translated into French, Italian and German, reaching a wide readership in Europe and in the United States.

Frederick was born in 1769 to a father and a French mother who had fled from France with her family due to the persecution of Protestants by Catholics. His father had converted from Judaism to Christianity and had changed his name from Markus Herz to Christian Accum at the time of his baptism in 1755. Beyond picking the name “Christian”, Accum’s father made the interesting choice of changing his surname to a word derived from the Hebrew “Akum”, an acronym meaning “a worshiper of stars and signs”, which was traditionally used to refer to Gentiles.

This article was written with the help of Chaya Meier Herr, curator of the the Sidney Edelstein Collection, the National Library of Israel.