The creature made of clay was brought to life by the name of God to protect the Jewish people. Did it fulfill its purpose? 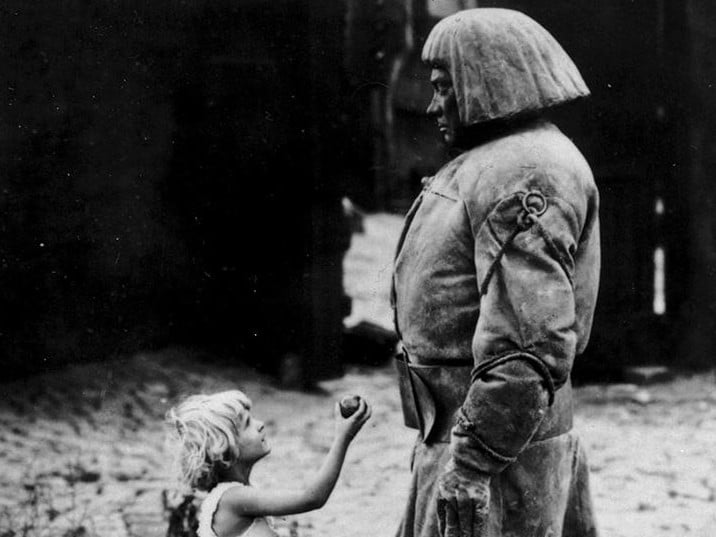 Throughout Jewish history, there have been different incarnations of the Golem – an amorphous creature made of mud or clay that was given life using the extended name of God. Some have painted the Golem as a hero, coming to life just in time to save the Jewish community, while in other stories the Golem is depicted as a murderous villain and uncontrollable demon.

Though there have been many iterations of the Golem, in the classic telling of the story, Judah Loew Ben Bezalel, the late 16th century rabbi known as the Maharal of Prague, was said to have formed a Golem out of clay after deciding that the Jewish community was in need of a defender against rising anti-Semitic attacks. The Maharal brought the figure to life using magic rituals, Hebrew incantations and by placing the ineffable name of God in the clay figure’s mouth. Thus was born the Golem of Prague whom the rabbi named Yosseleh.

Yosseleh the Golem possessed a unique skill set. According to the classic tale, the Golem could make himself invisible and summon the spirits of the dead. Defender of the Jewish community during the week, the Maharal allowed Yosseleh to rest on the Sabbath along with the rest of the community. He would deactivate the Golem every Friday evening by removing the name of God from his mouth.

According to some of the legends, one Friday, the Maharal forgot to deactivate the Golem. Yosseleh, in a fit of rage, ran amok, damaging the city and causing physical harm to the unfortunate people who happened to be in his way. The Maharal, realizing what happened, ran out into the streets and managed to deactivate the rampaging Golem and put an end to the destruction.

An alternative end to the story of the Golem explains that the threat of anti-Semitism had passed and the clay protector was no longer needed. Rabbi Loew quietly removed the name of God from his mouth and the Golem was deactivated forever. The mute presence of Yosseleh, simply disappeared from community life, and the clay form of the Golem was put in storage in the attic of the synagogue where it still believed to be resting today.

The Golem, a creature shrouded in mystery, has drawn continued interest over the centuries. The story of the Golem has been reenacted and reinvented many times and has served as a source of inspiration for artists, sculptors, scientists, movies, books, dramatic productions and comic book heroes.

There is much speculation as to whether the Golem was a benign creature expected to obey its creator or if it was a monstrous creature, prone to fits of rage and destruction. The Golem’s silver screen debuts came in a series of movies produced between 1915 and 1920. The most popular film in the series was a silent horror film where the Golem is used without the permission of Rabbi Loew by his assistant. The assistant, not knowing how to properly control the Golem, sets the Golem on a destructive rampage in which a man is killed and fire is set to the synagogue.

In 1925, in the Land of Israel, the Golem was adapted for the “Habimah” stage.  In the original performance, the Golem, brought to life to protect the Jewish ghetto, was treated with much suspicion by the local community. The Golem turned his frustration at being different back onto the community and used his tremendous strength, the very thing that was supposed to protect the Jews from anti-Semitic attacks, to murder the Jews themselves. In the face of the evolving catastrophe, the Maharal was forced to return the Golem to the lump of dirt from which he came.

The Golem took to the stage many times in the years following, enthralling the community in the Yeshuv.

The Golem returned to the public in later years in the form of a Marvel comic book where the Golem, “The thing that walks like a man,” was featured as the great defender who draws his strength from the truth and has the Hebrew letters אמת (truth) emblazoned on his forehead.

Elie Weisel, in his retelling of the classic tale, wished that the Maharal would have allowed the Golem to continue his work as defender of the Jews.

“Ah, if only the Golem were still among us… I would sleep more peacefully. Why did the Maharal take him from us? Did he really believe that the era of suffering and injustice was a thing of the past? That we no longer needed a protector, a shield?”

While the Golem has captured audiences worldwide, there is no proof that the Golem ever existed. Aside from the fact that the story requires a firm belief in the supernatural, Rabbi Loew himself, the purported creator of the Golem, never mentioned creating a Golem in any of his writings.

Real or not, the existence of a creature fighting in defense of the downtrodden in the spirit of truth, carries a universal message that has inspired audiences across the globe for centuries on end. Who knows? Maybe someday the Golem will return to defend the truth in an ever evolving world.