Philip Roth: Life in the Shadow of Portnoy

After publishing “Portnoy’s Complaint,” Roth found himself fielding accusations of anti-Semitism from Jewish leaders across the globe - and even from his own mother. 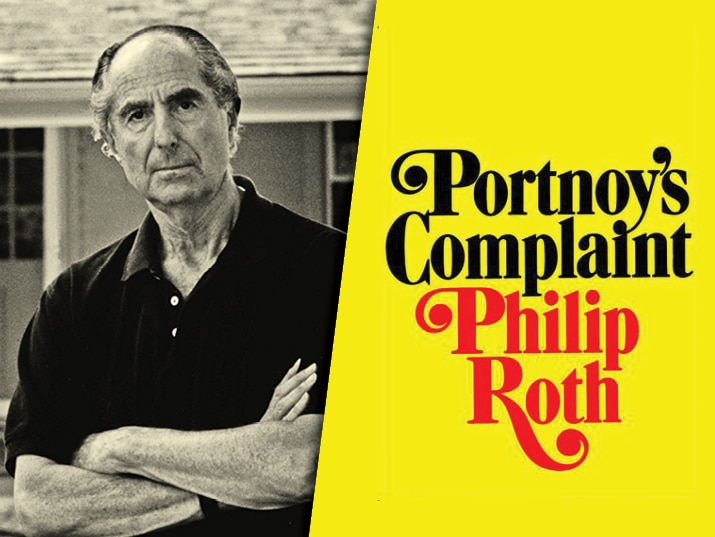 “She was so deeply imbedded in my consciousness that for the first year of school I seem to have believed that each of my teachers was my mother in disguise.”

Philip Roth wrote several books before publishing his novel, “Portnoy’s Complaint,” which hit the book stores in 1969. The book became a fast best-seller and a source of controversy that haunted Roth throughout his career and life as a novelist.

The convention of framing the story as a psychoanalytical session, the sexually explicit nature of the book, along with the main character’s, Alexander Portnoy, neurosis seemed to feed the worst stereotypes held of Jews after the Second World War, a representation that caused an outcry in American and Israeli public discourse.

The great Jewish mysticism and Kabbalah researcher, Gershom Scholem, was so incensed by the book that he wrote a scathing and contemptuous review and sent it out across the world.

[Content Warning: The text below contains language that may be inappropriate for young audiences]

“Let the pollyannas not tell us that here we have satire, although it may that into the hearts of those who say this some doubts about the work may already have crept. The hero of a best-seller, which is being grabbed avidly by the public, proclaims as the basic motto of his whole life (and lives his proclamation) that his behavior is shaped by but one lust: to get ‘shikse c**t.’ …And all of this in order to square accounts with that demonic figure, the Yiddishe Mame, who had not been told all that she deserved until this author came along and ‘artistic’ release to his secret drives. This hero is no longer some miserable individual writing in his lust; he is the Jew taking vengeance of his upbringing in the Jewish home, which has become detestable to him, and going forth to lay shikses, thereby freeing himself from his nightmare of mame. This is the book for which all anti-Semites have been praying. I daresay that with the next turn of history, which surely will not be long delayed, this book will make all of us defendants at court.”

Scholem was part of a vocal contingent of Jewish readers and critics who would continue to call Philip Roth “self-hating” and an “anti-Semite” for the ways in which he portrayed Jews in his fiction. Philip Roth actively engaged with the storm of criticism more than once and was very self-aware of his position as an American Jew and as an author of Jewish characters in America.

In “Reading Myself and Others,” Roth responded directly to the sort of criticism that Scholem pitched at him in the interview, “On Portnoy’s Complaint (1974),” where he was asked by George Plimpton about the accusations of anti-Semitism:

“… I have always been far more pleased by my good fortune in being born a Jew than my critics may begin to imagine. It’s a complicated, interesting, morally demanding, and very singular experience and I like that. I find myself in the historic predicament of being Jewish, with all its implications. Who could ask for more? But as for those charges you mention- yes they probably will be leveled at me. Because of the U.N. condemnation of Israeli ‘aggression,’ and the anti-Semitic rage flaring up in the black community, many American Jews must surely be feeling more alienated than they have in a lone time; consequently, I don’t think it’s a moment when I can expect a book as unrestrained as this one to indulged or even tolerated, especially in those quarters where I was not exactly hailed as the Messiah to begin with.”

Though it was “Portnoy’s Complaint” that skyrocketed Roth into literary stardom, his other books and stories like “Goodbye, Columbus,” only gave fodder to the rabbis who charged him with the aforementioned “self-hatred.” In his essay, “On Writing Jews,” published in 1963, Roth explained:

“Among the letters I receive from readers. There have been a number written by Jews accusing me of being anti-Semitic and “self-hating,” or at least tasteless… Furthermore, it is charged that such criticism as I make of Jews- or apparent criticism- is taken by anti-Semites as justification of their attitudes, as ‘fuel’ for their fires, particularly as it is a Jew himself who seemingly admits to habits and behavior that not exemplary, or even normal and acceptable. When I speak before Jewish audiences, invariably there have been people who have come up to me afterward to ask, “Why don’t you leave us alone? Why don’t you write about the Gentiles? – ‘Why must you be so critical?’ – ‘Why do you disapprove of us so? …’ It is difficult, if not impossible, to explain to some of the people claiming to have felt my teeth sinking in that in many instance they haven’t been bitten at all. Not always, but frequently, what readers have taken to be my disapproval of their lives lived by Jews seems to have to do more with their own moral perspective than with the one they would ascribe to me: at times they see wickedness where I myself had seen energy or courage or spontaneity; they are ashamed of what I see no reason to be ashamed of, and defensive where there is no cause for defense.”

It is not with a little irony that Roth’s own mother questioned his position:

“My mother did say to me at one point, ‘Philip, are you anti-Semitic?’ And so I said, ‘Ma, what do you think? You’ve known me since kindergarten and before.’ But they were getting that from the Rabbi, you know?”

Philip Roth, through his fictional works, never stopped exploring his complicated existence as an American Jew in an America in which he happened to be Jewish. His characters beyond Alexander Portnoy, including Nathan Zukerman and his own fictional alter-ego, Philip Roth, made up a collection of unforgettable stories that influenced the literary world far beyond the scope of Jewish-American writing.