When all that Remains is a Crust of Bread

Meet Jelena Kon, the woman who broke down cultural barriers to feed and care for the poor and orphaned children of Novi Sad. 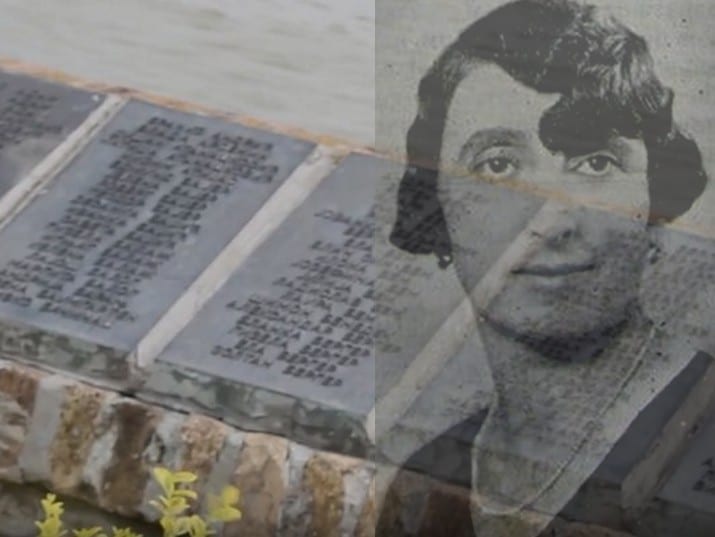 “In 1932, 11,920 kilograms of bread was distributed to the poor people of Novi Sad… Every morning, parents brought children ages 1-6 years to the kindergarten and came to pick them up in the evening. The children had three meals here, were medically treated and learned good manners, order and hygiene…”  – From the “Crust of Bread” Report (1933)

Ilona “Jelena” Kon was born on September 1, 1882 in Eisenstadt, Austria to Hermine nee Schlesinger and David Spitzer who was a grape dealer and vineyard owner. Jelena had two brothers, Géza (George), and Igo Johann. In 1904, following her marriage, Jelena moved to Novi Sad to join her husband, Gyula-Julije “Jules” Kon, who was a reputable trader, politician and an active member of Novi Sad’s Jewish community.

Jelena quickly became well known in Novi Sad through her interest in charitable work and her love of the arts and culture. During the severe economic crisis of the 1920s, Jelena founded the charitable organization called Kora Hleba, or, in English, Crust of Bread.

In that period, it was common for each ethnic community to have its own humanitarian organization to specifically help the impoverished members of that particular ethnic group. Jelena’s organization was determined to be different. Jelena Kon’s altruistic and noble goal was to improve the health, well-being and education levels of local children regardless of their religious denomination or ethnic background. Despite the fact that its activities were for the benefit of the entire community, Crust of Bread was considered to be a Jewish organization due to its predominantly Jewish membership.

Crust of Bread took care of orphans and poor children. After a while, the organization grew into a kindergarten with a sector for infants and a medical clinic to provide basic care. For years the organization functioned out of several different locations before a purposely designed building was completed in 1933.

As part of her fundraising activities for this grand project, Kon organized a number of cultural events, some of them featuring the best known musicians of the time including Bronislaw Huberman, Paul Hindemith, and Arthur Rubinstein.

The Crust of Bread center was officially opened on July 9, 1933, under the patronage of Queen Maria of Yugoslavia.  The Queen’s emissaries, Ministers for Public Health and Education, and representatives of the local government attended the opening ceremony.  The building, designed by architect Đorđe Tabaković, was one of the most prominent examples of modernist architecture in the city. The entrance was decorated with a massive sculpture of a mother holding a child created by Jewish sculptor Michael Kara. The building accommodated a day care center for children, including a kindergarten, medical offices, and a soup kitchen with the capacity to feed one hundred orphans and children from poor neighborhoods.

The center stopped its activities at the beginning of World War II. Jelena, the woman who had dedicated herself to helping the poor and needy, was arrested, tortured, and murdered during the Novi Sad Raid of January 1942, when 1,200 Jews, Serbs and Roma were murdered and thrown into the frozen Danube by the Hungarian police.

Following the war, the Crust of Bread building was nationalized and served as a children’s hospital and in 1963, it was transformed into a municipal preschool institution and has served as a public kindergarten ever since.

There is no memorial plaque on the building to commemorate Kon’s humanitarian work. Even the original panel carrying the name of the charitable society was removed by the Communist authorities after World War II. The last attempt to rehabilitate the memory of Kon was made by her brother George Spitzer in 1955, in an emotional letter sent to the city mayor and the representatives of the Jewish community of Novi Sad.

“I want to suggest to you that the city of Novi Sad do something toward creating some memorial for Mr. and Mrs. Kohn,” wrote Spitzer.  “My brother- in-law and my sister, with their own money, created a place where children could be taken care of during the day while their parents worked. They took care of all children, regardless of their race or religion…

As their bodies were thrown in the Danube River, there is not even a grave to mark their resting place and I think it is very sad that these two wonderful people, who did so much for others during their lifetime, should not have some permanent memorial.”

George described one of his visits to Novi Sad to see his sister at Christmas time. “I remember that the post office turned over to the Kohns the letters which poor children had written to Santa Claus and my sister and brother-in-law personally visited the homes of the writers of these letters and brought, not only what was asked for, but other items of food, clothing and toys as well.”

“They died as heroes,” concluded George. “The Serbian people should not allow their memory to die.”

Spitzer pleaded with the mayor and the Jewish community to commemorate his sister and ensure her memory would never be forgotten, but sadly, his request remained unanswered. Kon and her work for the benefit of the entire community have since been largely forgotten and removed from the city’s historical consciousness. Only the Raid Victims Memorial by the Danube River commemorating innocent victims of this brutal event bears her name and preserves the memory of Ilona (Jelena) Kon.

The Jewish Community of Novi Sad

The Jewish Community of Novi Sad was established in 1749 as an official administrative and religious organization of Jews in the town. During its peak years between the two world wars, the community had 4,000 members, which constituted 10% of the total city’s population. The community centered around the Neolog Synagogue designed by the famous Hungarian-Jewish architect Lipót Baumhorn (1860-1932). Completed in 1909, the synagogue was part of a larger architectural compound, which included the Jewish communal building, the Jewish school, and the ritual bath.  In 1935 this complex was expanded with the Jevrejski kulturni dom (the Jewish Cultural Center). The building housed the majority of Jewish organizations and clubs, a kosher restaurant, a lecture auditorium, a sport hall, a preschool, and the regional bureau of the National Zionist Organization.

Novi Sad communal life was intensive and diversified between the two world wars. The Zionist Association was active in the city from 1919 and held the majority in the Jewish Community Board. The Jewish Political Party was established in 1927 and had representatives in the city council. The appearance of the Jews as a national group in the city council not only helped to provide a better understanding of the unique position of the Jews in the society, but also strengthened the sense of Jewish identity and belonging to both Jewish community and to their city.

After the German invasion of Yugoslavia in April 1941, Novi Sad was annexed to Hungary. On January 21-23, 1942, during a raid (Razzia) around 800 Jews were marched to the Danube river, where they were murdered and thrown into the frozen river. During that year, all male Jews between the ages of 18 and 45 were gathered into labor battalions and sent to the Ukrainian front, where they perished. The last phase of the extermination of the Jews of Novi Sad occurred in April 1944, when about 1,600 people were deported to Auschwitz. From the pre-war Jewish population of Novi Sad of 4,350, only around 1000 survived the Holocaust.  After the establishment of the State of Israel, some 700 Jews left the city.

Today, the Jewish community has about 650 members. The main goals of the community are to preserve and develop Jewish identity, culture, and tradition of its members and to fight assimilation. To achieve that, the community organizes activities in the field of education, culture, religion, heritage, as well as humanitarian and social work. Within the community, there are various social services, such as a soup kitchen and home for elderly members, cultural and social life including a choir, folklore dance group, art club, klezmer band, children and youth clubs, women’s section, Hebrew language courses, while members also have access to valuable books and documents from the library and the archives.