The Surprising Jewish Story Behind a Traditional Spanish Bullfight

Read the story behind a poster advertising a bullfight in honor of the great Jewish philosopher, Maimonides. 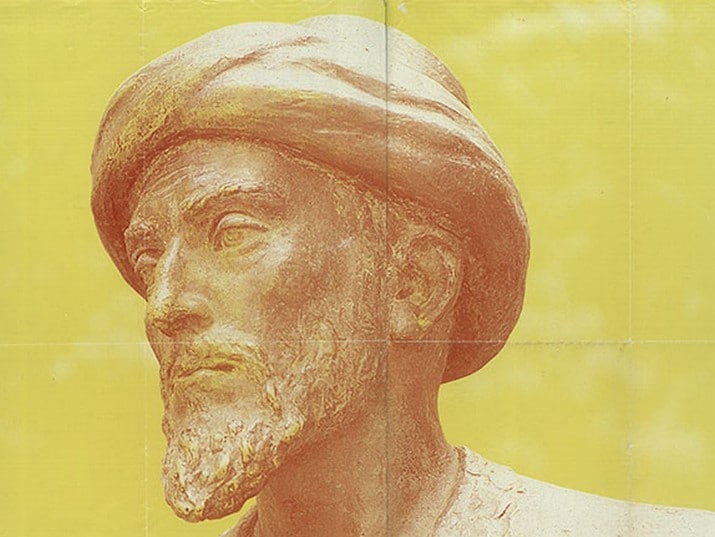 Take a look at the rather unique poster below from the National Library of Israel’s European Ephemera Collection. What makes it extraordinary is not the illustration of a black bull hurtling towards the matador’s red cape, nor is it the elegance of his stance opposing the power of the bull’s massive body. It is one word above the names of the two bullfighters that makes this poster so extraordinary.  That word, written in small font close to the bottom of the poster is Maimonides- the name of one of the greatest Jewish writers of the last two thousand years.

As the text of the poster says, a great bullfight was set to take place in the Cordoba bullring on the 31st of March 1935, at four in the afternoon, “in commemoration of the Eighth Centenary of the major philosopher of Cordoba, Maimonides.”

It is perplexing to see that particular name on that poster, because, in 1935, Jews like Maimonides had been expelled from Spain for nearly 450 years.  Until about 100 years ago, Spain was officially a Jew-free zone, and ancient Jewish Spaniards, however wise and influential, were not celebrated with stately occasions.

This event is also rather puzzling because Spain at that time was just one mountain range and one river away from Germany where Hitler was in power. Already in 1935, Hitler’s intentions towards the Jews were clearly outlined in his best-selling Mein Kampf.  The Nuremberg laws were just months away. Isn’t it odd that the Jews were being denounced in one country and yet were suddenly embraced in another so close by?

Maimonides himself would have found the event perplexing.  He thought needless cruelty to animals was abhorrent and believed that, as stated by Menachem Kellner in his book, “Maimonides’ Confrontation with Mysticism,” sacrifices of bulls and sheep in the Temple “were not God’s ideal plan for the Torah, but rather an accommodation to the unfortunately primitive character of the ancient Israelites.” It is unlikely he would have agreed to being lauded at an event that involved harming animals for entertainment.

The bullfight itself was part of a five-day state festival in celebration of his life.  It included receptions, cultural events, garden parties, society balls, the opening of a Maimonides museum at Madrid University and the renaming of a square in Cordoba in his honor. Jewish representatives from around Europe were invited to attend the lavish affairs as honored guests. As part of the festivities, the centuries old expulsion of the Jews was reversed – the Jews could now come back to Spain, and some did choose to return.

One of the Jewish visitors to the festival was a young man from Northern England named Chaim Raphael. He reported that there were Jewish men from Lithuania, France, Greece, Yugoslavia, Italy, and even Palestine, in attendance. He noted how, despite their national differences, there was a palpable kinship among them.

The Jewish Telegraphic Agency was there too and reported on March 31, 1935:

“A ban proclaimed by the Jews of the world against Spain about 450 years ago, was officially lifted today at an impressive ceremony concluding the five-day celebration arranged by the Spanish government to honor the 800th birthday of Moses Maimonides, Jewish philosopher and physician of the Middle Ages.

The festivities closed with a banquet at which high civil and military Spanish authorities were present. President Zamora and Premier Lerroux sent messages to the banquet.

A moving scene was the reopening of the old Cordoba synagogue and with Jewish religious services for the first time since 1492, when the entire Jewish population was expelled from Spain. Chief Rabbi Julian Weil of France recited a special prayer for the President of the Spanish Republic and for Spain, for restoring the Hebrew language and Judaism for the first time since 1492.”

Beyond the emotions of the day, several questions still remain unanswered. Why Maimonides, why Cordoba and why then? Why the sudden interest in reclaiming Maimonides in pre-Spanish Civil War Spain?

The first two questions are easy to answer.  Maimonides was born in Cordoba and left with his family at age 13, after the Almohad invasion in 1148.  Although he lived in Morocco, and ultimately settled in Egypt, he was always nostalgic for the Andalusian Jewish tradition of learning of his youth.

The last question is more difficult to answer.

In March 1935, the government in power in Spain was made up largely of communists, socialists and anarchists united in the hope that they could change the conditions for farm workers. They were opposed by the right-wing Nationalists, including Fascists, the Monarchy and the Church, who rejected any land reform.  This schism became the Spanish Civil War in 1936, with Hitler actively supporting the side of the fascists.

Idealistic young men from Europe and beyond joined the fight to defend the Republican state against the Nationalists led by General Franco. Of this International Brigade, 25% were Jewish.

But all of this was in the future on that Sunday afternoon in Cordoba.  Chaim Raphael reported from the event:

“It was too early in the season for the real thing. The fight was little more than a testing of bulls, a gay frolic in which the experts pricked and prodded the young animals to find out which of them had enough spirit to fight for their lives on another day. There were moments of discomfort, when the rabbis and the other visitors wished themselves elsewhere, but for the most part they were able to see the thing through. The Jews and the Spaniards were for the moment at peace.”

Trying to understand the events twenty years later, he wrote:

“Even I, longing to believe, could sense uncertainty in the air. The Republic had run through its first rapture. The graceful gesture toward the Jews of the world was like the wave of a hand from a train passing through a country station. The passengers on the train are not quite sure of the name of the station; the country folk watching the train wave happily in return, but they do not belong on it, and they have no idea where it is going”

The Jews of Europe would soon be on a train themselves, and, looking back, we now know the destination of that train.

But that poster commemorating Maimonides birthday stands as a witness to a different possibility. For one afternoon in Spain in 1935, history took a different turn and for a brief moment there was a celebration of an extraordinary Jewish life.