Latkes, Hanukkah Donuts and the Head of Holofernes

What did Jews eat on Hanukkah throughout the generations? When did the sufgania come along? And what were latkes made of before potatoes reached Europe in the 16th century? 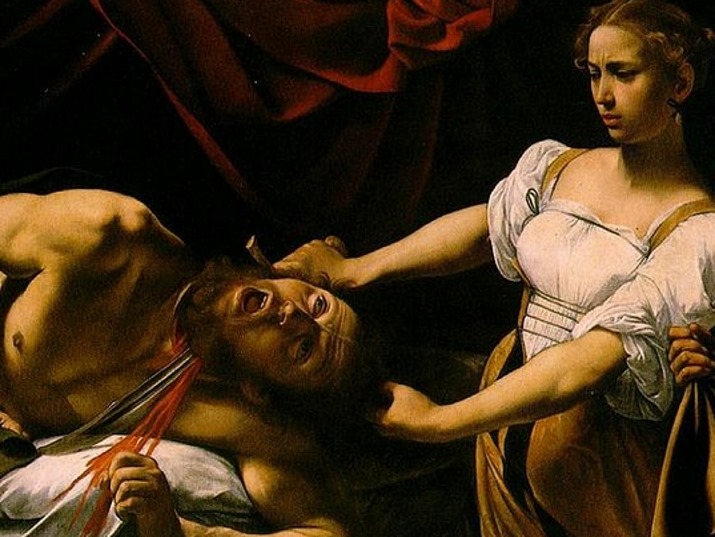 A few years after Antiochus IV Epiphanes ascended the throne of the Seleucid dynasty, the Maccabean Revolt began. It was a struggle between Jews who were zealously protective of their religion and culture and the Hellenized Jewish elite who were supportive of the Hellenistic reforms introduced by the new king.

Three years of tenacious fighting ended with a Maccabean triumph. While the coveted victory was obtained, the Temple remained in a state of neglect and chaos, forcing the victors to rededicate the altar and celebrate – though rather late – the eight-day-long festival of Sukkot. A few hundred years after the fall of the Hasmonean dynasty, the Talmud recited the story from a slightly different angle; completely ignoring all military-related matters, the Talmudic story tells of the Temple’s priests who found a small cruse of olive oil that hadn’t been desecrated; though the amount of oil it contained should only have been enough to light the Temple Menorah for a single day, it miraculously lasted a full eight.

It is hard to think of a more appropriate story to establish a holiday filled with a wonderful assortment of oily, fatty foods – the kind that make you immediately want to scrap all those failed diet plans and new year’s resolutions, as well as any semblance of proper eating manners as you gobble away (no worries, we’ve all been there). But it turns out that was not the case. Comfort food dunked in rivers of olive oil was an invention born much later in history.

Judith and Holofernes – A Hanukkah Story?

The mention of the oil cruse is one of the very few references to the Maccabean Revolt made in Talmudic literature. As a result, the question “What are we eating?” – perhaps the most important Jewish question imaginable when it comes to the holidays – was not fully answered, at least according to historical research, until the 14th century.

So, what did they eat during Hanukkah in the 14th century?

Around this time, the Sephardic Rabbi Nissim ben Reuven of Girona (known as the RaN) instructed that one must eat dairy foods on Hanukkah. To substantiate this custom, the RaN told an interesting story about ‘The daughter of Yohanan’, who, deeply concerned for the fate of her people, fed cheese to the commander of an enemy army so that he would grow thirsty – and then proceeded to decapitate him. Following the death of their commander, his soldiers fled.

This story is conspicuously reminiscent of the well-known story of Judith and Holofernes. The RaN, followed by other Jewish rabbis of those days, began to falsely associate the story of Judith (who was not always mentioned by name) with Hanukkah – even though according to the Book of Judith itself, its heroine lived hundreds of years before the days of Antiochus. Who was Judith and how did she make her way into the story of Hanukkah?

The Book of Judith is part of the Jewish Apocrypha, a non-canonical text which survived over the ages thanks in large part to Christian traditions which adopted it. The story tells of Judith, a Jewish widow who snuck into the camp of an enemy force camped outside Jerusalem and loyal to Nebuchadnezzar, King of Babylon. The beautiful Judith seduced the enemy’s general Holofernes, feeding him dairy foods (according to certain versions) which caused him to become thirsty and drink large quantities of wine. When the drunk commander fell asleep, she decapitated him, spreading panic through the Babylonian intruders’ camp and causing the enemy soldiers to disperse in confusion. The RaN found justification in the medieval folktale versions of the story of Judith for what was apparently a popular custom of the time – eating cheese on Hanukkah. This is albeit the fact that Judith’s name does not actually appear in the story told by the RaN.

Latkes With No Potatoes? What is That?

More familiar Hanukkah foods began to appear in the 14th century. It was then that Hanukkah levivot (latkes in Yiddish) were mentioned for the first time in the satiric poem Even Bohan, composed by the rabbi and poet Ḳalonymus ben Ḳalonymus in Provence. But what were these pancakes made of, especially when potatoes were to reach Europe only well after America was discovered in the second half of the 16th century?

The folktale versions of the story of Judith provided an answer to this pressing question. According to some versions of the story, when Judith wished Holofernes to become thirsty, she fed him levivot, in addition to the aforementioned dairy foods. After beheading Holofernes, Judith commanded that a festive meal be prepared, including levivot or latkes, made from a mixture of dough and honey. Judith also encouraged the consumption of wine, to help bring about the joy of the holiday, much like in the story of Purim which appears in the Book of Esther.

And what about that marvelous oil? When did that come in? As it turns out, it all started with the sufganin – the ancestor of the sufgania (Hanukkah donut) we so adore. As early as in the Mishna, the word sufganin (סופגנין) appears in a complex Halachic discussion relating to the ancient custom of Hafrashat Challah – the setting aside of a portion of bread dough for the Temple’s priests – a practice which  was forced to evolve after the destruction of the Temple.

The authors of the Tosafot, who added to Rashi’s commentary on the Torah and Talmudic literature between the 12th and 14th centuries, were the first to associate the sufganin with Hanukkah. Over time, the link between doughy pastries, the sufganin and Hanukkah grew stronger; by the 14th century, oily foods were a proud Hanukkah tradition. Here below is a translated segment from Even Bohan, Rabbi Ḳalonymus’ 14th century poem  which makes reference to levivot and sufganin:

In the ninth month, in Kislev,
(his voice raised)
in order to honour Mattityah ben Yoḥanan the renowned
and the Ḥasmoneans,
the important women should gather
knowledgeable about making food [biryah] and cooking levivot,
large and round, the whole size of the frying pan,
and their appearance good [tovyani] and ruddy [argamani],
like the appearance of the Rainbow.
They bake the dough and make different kinds of tasty food from the mixture,
Ḥavitz in the pot, and porridge;
and above all they should take fine wheat flour
and make sufganin and isqaritin from it.
And the drinking should be what is proper to festivals,
with joy over every single cup

Even Bohan translation courtesy of the Open Siddur Project