Home > Haggadah > The Benghazi Haggadah: How the Jews of Libya Celebrated Victory Over the Nazis
Judaism

This is how the Jewish Legion soldiers of the British army set up a Seder in Benghazi, Libya in 1943. 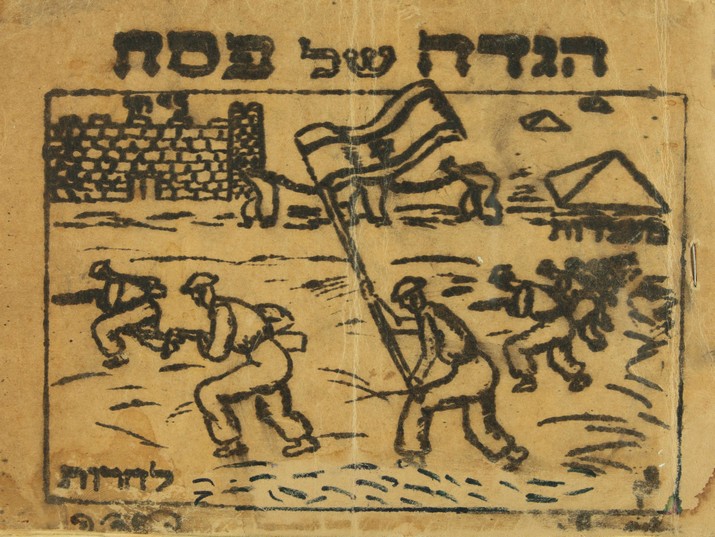 Before the break out of the Second World War, Mussolini’s Italy was in control of Libya. In an effort to establish stricter colonial policies as well as to ingratiate themselves to Nazi Germany, the Italian Fascist authorities adopted many of the racial laws Germany had enacted upon its Jews. It is no surprise that when war broke out and the anti-Semitic persecution intensified, Libya’s Jews were very much in favor of an Ally victory over the Axis powers.

The city of Benghazi had been conquered and re-conquered by the Axis and the Allies multiple times over the course of the war. It was finally recaptured by the British army under the command of General Montgomery in December, 1942. The meeting of the Benghazi Jews who had survived the hell of the war and the concentration camps and the soldiers of the Jewish Legion, most of them volunteers from the Hebrew Yishuv in the Land of Israel, was given symbolic expression during the Passover Seder of 1943.

Two fascinating historical sources enable us to reconstruct this emotional encounter: a Haggadah put together by the soldiers of the 403rd Transport Unit and the 53rd Logistics Unit, along with the military journal of Rabbi Ephraim Elimelech Urbach, who led the Seder on behalf of the British Army. Urbach would later become the president of the Israel Academy of Sciences and Humanities.

Many of the 600 participants of the Seder came from far away. During the battles, the Germans banished the Jews of Benghazi to Tripoli and they only began to trickle back after the British had completely conquered Libya. Jewish Legion soldiers as well as Canadian, American, British, and Australian soldiers serving in the area also came to celebrate along with the Jewish community.

There were major logistical issues that arose during the preparations for a war time Seder with the biggest among them being printing enough Haggadot for all the participants. To resolve this issue, the writers and editors confiscated telegrams and other letterheads from the offices of the Libyan authorities. On the backs of these scraps of paper they printed the Haggadot with a typewriter and copied them with a Mimeograph machine.

Rabbi Urbach tells the story in his journal:

“At exactly a quarter past eight we entered the hall. It was a wonderful sight to see all the soldiers, from every service, and from all the armies fighting for the Allies, sitting at the tables. At the officers table sat 45 people, 12 of them American. When I stood and gave the signal to begin, a great quiet descended in the hall. I started in English and finished in Hebrew. I blessed the guests and thanked the hosts. I spoke of celebrating liberty, the destruction of the people of Israel in the diaspora, and the hope this holiday holds, especially the fact that we had the privilege of celebrating it in a place from which Jews had been banished only a year ago. I finished with a blessing: ‘As we have the privilege of celebrating Passover on the ruins of a grand and boastful empire, so to, next year we will celebrate Passover on the ruins of an evil and malicious kingdom as we come together in the land of our ancestors, redeemed and rebuilt.'”

Like the unique ritual that Rabbi Urbach performed, the Benghazi Haggadah was not written in the traditional manner. It was designed and compiled to mark a specific event – a Seder in liberated Benghazi in 1943. It opens with the verse: “Remember this day, when you went out of Egypt” (Exodus 13:3) and continues with the Aramaic verse: Ha Lachma Anya, “This is the poor man’s bread.”

Following this, a forward to the Haggadah links the biblical Exodus out of Egypt and the Holocaust that was taking place at the time in Europe, ending in a Zionist declaration. These passages are included in the forward:

“Many are the troubles and tortures of the nation of Israel and great is its heroism. In the furnace of Egyptian slavery the Children of Israel were forged and formed into a people, and they tread a treacherous path full of obstacles to this day. In each generation there are those who rise up against us to destroy us and this generation’s enemy has surpassed all others with its evil.

We take a small comfort in these dark days at the sight of the rescued Jews of Libya. We hope that we will soon be among the rescuers of Europe’s opressed Jews.

We will stubbornly and determinately move towards our goal, and we are certain that just as the People of Israel willingly sacrificed that which they hold most dear for the good of the nation – and succeeded, so we Hebrew soldiers will see the succesful end of our holy mission, and witness the return of the People of Israel to their promised land. Amen.”

Another unique aspect of the Haggadah, in addition to the forward written by the Jewish soldiers, were the illustrations they added to it. Under the well-known line, “Pour out Your wrath on the nations that do not know You,” the soldiers added an illustration of a fighter plane dropping bombs on unknown target. No doubt this was symbolic of the future defeat of Nazi Germany and Fascist Italy.

The Haggadah ends with two prophecies and hope for the future: “Your children will return from the land of the enemy” and “Next year in Jerusalem”. 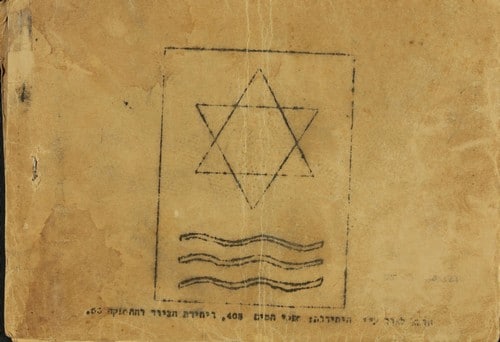 If you liked this article, try these: Celebrating the Exodus from Egypt Behind the Lines of World War I What Would You Serve at a Passover Seder During the Korean War?