This was what happened when the Purim merriment of the Jews of Amsterdam mixed with a desire for revenge against the Spanish. 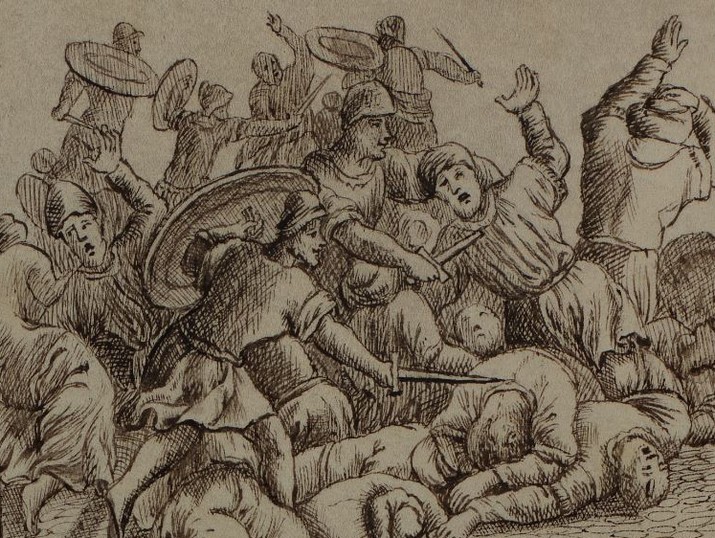 One of the things the Jewish people are good at is storytelling. Every year on every holiday we tell the stories of persecution, courage, and consequence that happened to every generation of Jews wherever they were.

And that includes tying events described in the Scroll of Esther and the holiday of Purim itself to more contemporary events. For our purposes, the turn of the 18th century will count as “contemporary”.

How do you make a story that is thousands of years old relevant to the Dutch Golden Age?

Why, with art of course.

It is through the illustrations found in a Scroll of Esther manuscript drawn and copied around 1700 that we see this direct tie between the ancient telling of the persecution of Jews in Persia and the more recent persecution of Jews by Catholic Portugal and Spain.

The drawings are graphic and contemporary for their time, and as the saying goes: A picture is worth a thousand words.

The descendants’ of the Jewish conversos who emigrated en masse from Portugal to Amsterdam throughout the 17th century had not been permitted to keep and practice their ancient religion. In their new Dutch home they wished to return to their Jewish faith.

One way back was through the holidays. Purim was a good start considering joy and merriment are the main aspects of the festival, along with the commandments of drinking and eating, and the celebration of surviving near extermination; it is a story of Jewish continuity while in the diaspora.

And so the Jewish community of Amsterdam commissioned an artist to illustrate a contemporary Scroll of Esther – telling the story of surviving the evil Persian Haman, as well as exacting revenge upon the more recent Portuguese ‘Hamans’.

The unknown artist illustrated unforgettable scenes. The opening page features two semi-nude women, hinting to the readers that they are going to be reading a theatrical play.

The artist also illustrated the more violent and gory scenes of the story. 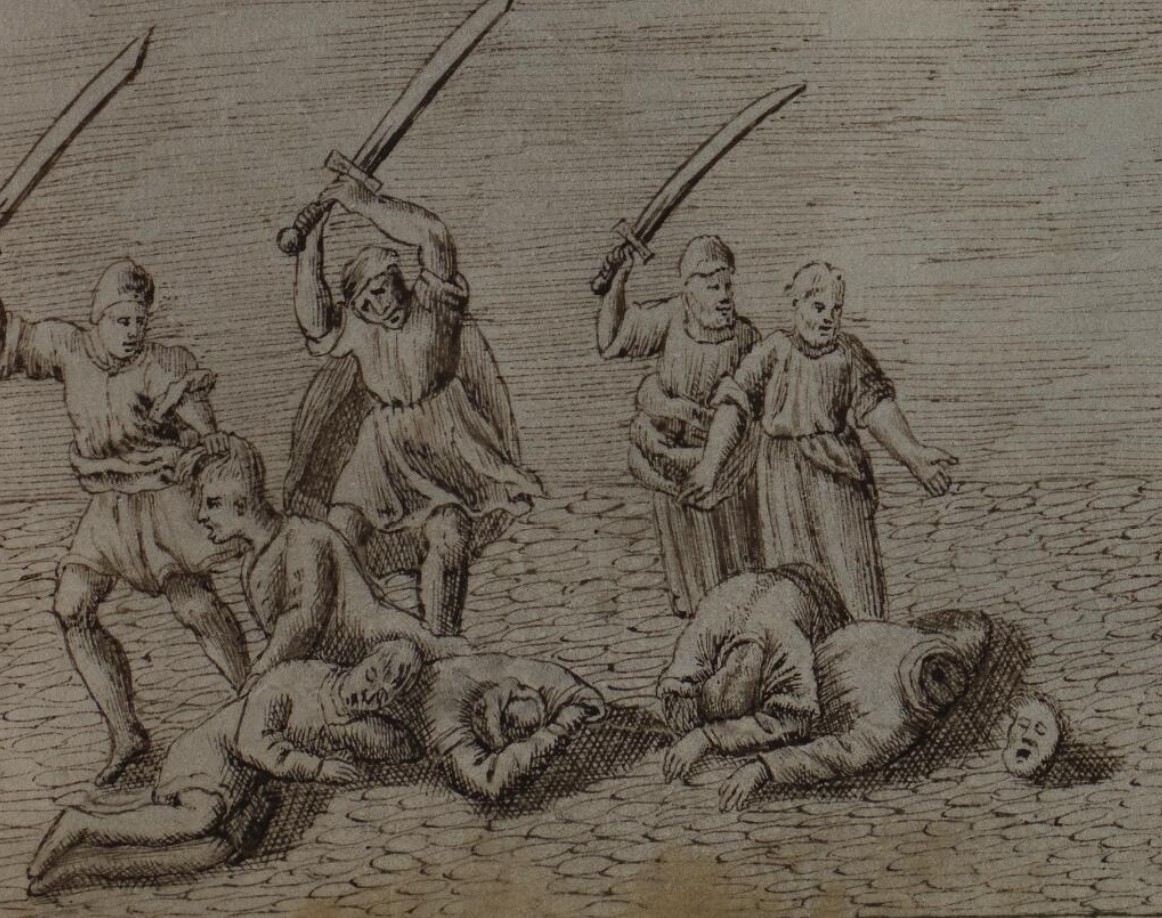 There are also additional scenes, which the artist took from the Talmud: We see Haman leading a horse as his own daughter throws wastewater onto his head.

There is also an illustration of the Midrashic scene of Vashti’s beheading.

And of course, the more explicit scenes of violence that are described in the scroll: “In the fortress Shushan the Jews killed a total of five hundred men.”

But one scene truly surpasses the rest. In order to emphasize the fate of those who persecute the Jews, as well as to kiss up to the Dutch who defeated Spain in their War of Independence (and not forgetting that the Spanish had expelled the Jews 150 years earlier) – the artist decided to draw what can only be described as a circumcision assembly line.

On this assembly line are three Gentile men suffering the pain of circumcision while the mohels seem quite at ease.

The scene accompanies the verse: “And many of the people of the land professed to be Jews, for the fear of the Jews had fallen upon them.”

The Scroll of Esther is the only book in the Hebrew Bible in which God’s name is not mentioned even once. This fact did not stop the artist from again linking elements of the story to his own time period. In one of the illustrations, we see Jews kneeling and thanking God in a synagogue, the style of which was typical of the Portuguese Jewish community in Amsterdam.

And the victorious 18th-century Jews of Amsterdam could finally make time for merriment, joy, and a good meal.