A Receipt for Funds to Redeem Captives Signed by Maimonides

Did you know that Maimonides' first public activity in Egypt was a large-scale mission to get Jews out of Crusader captivity? 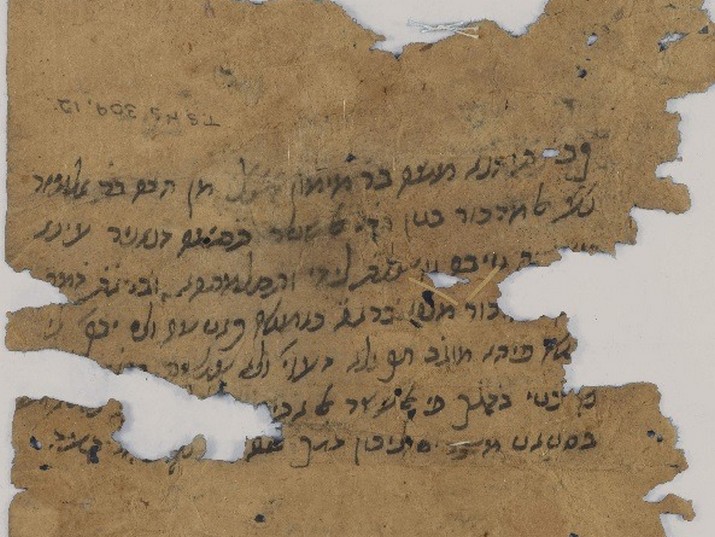 The Cairo Geniza is a famous collection of ancient Jewish manuscript fragments, which for many centuries rested in the dusty storeroom of Cairo’s Ben Ezra synagogue. It contained around 300,000 items, some of them over a thousand years old. The collection was only discovered by European scholars in the 1750s, and it has since been dispersed among different intitutions around the world, including the National Library of Israel.

In a letter found in the Geniza (which has since disappeared) the great Jewish rabbi and philosopher Maimonides, who spent much of his life in Egypt, makes an appeal to various Jewish communities “regarding the captives, may our God release their bonds”, and asks them to donate as much as they are able.

Maimonides describes how he and his colleagues “all the Dayanim [Rabbinical court judges] and the elders and the Torah scholars have all been going day and night and encouraging the people in Alexandria, in the synagogues and the marketplaces and at the gates of the houses” in order to raise the hefty sums of money required to redeem the captives. The letter mentions that the funds are being stockpiled by the emissary of Maimonides, Rabbi Aharon Halevi.

A receipt for sale of the maidservant

Several other documents dealing with this redemption of captives were also preserved in the Geniza. It is important to remember that at the time, Maimonides was not yet the renowned Rabbi he would become, but simply Moshe son of Maimon, a young 30-something year old scholar, a newly-arrived luminary who had fled from the terror of the Almohad Caliphate in Morocco. The actions he took to redeem captives were dynamic and effective and they may have been one of the reasons for his rapid ascent in becoming a leader of the Egyptian Jewish community.

One of the documents preserved in the Geniza is an order of payment, with a receipt on the back of it for an amount donated for the redemption of captives in the city of El Mahalla on the Nile Delta, signed by Maimonides himself. The sum was donated by Hiba (Arabic for gift, the equivalent of the Hebrew name Natan or Netanel), who raised the money by selling a maidservant named Nassrin.

The receipt documents the sale of “the maidservant…whose name is Nasrin”. In the payment order the seller of the maidservant testifies that “I authorized our Rabbi Moshe” to receive the sum, “and these nine dinars and when our Rabbi will receive them, he will spend them in order to redeem captives.” The payment order was signed by the same ‘Aharon Halevi’ mentioned above as Maimonides’s emissary and the date of confirmation of the order is “the middle ten days of the month of Elul” in the year 1170.

“I authorized our Rabbi Moshe…”

On the back side of the page is the ‘receipt’, in the handwriting of Maimonides himself (which we are familiar with from other documents): “I, Moshe son of Maimon, received it from Hiba son of Elazar may he rest in peace who is mentioned on the front of this document… and I wrote to him about this in the last ten days” most likely during the month of Elul. In other words, several days after the payment order.

(The payment order and the receipt can be found in the Cambridge University Library, TSNS309.12, and were published, together with other documents on the topic, by S.D. Goitein in an article in his book ‘The Settlement in the Land of Israel at the Beginning of Islam and During the Crusader Period’ (Hebrew) page 312 onward)