Chayem Benzion Kassier wrote letter after letter pleading for financial help so he could properly celebrate the holiday of Passover and feed his starving family and other needy members of the community. 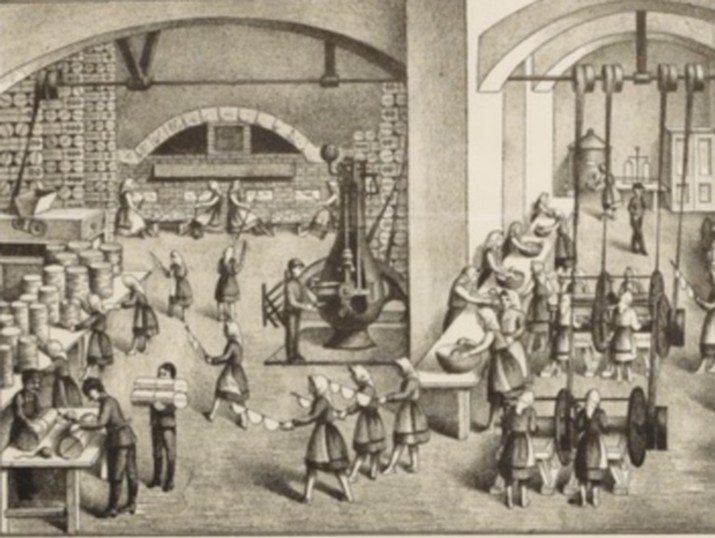 There is an old Jewish tradition of giving money or food to the poor in the weeks ahead of Passover to ensure that they can cover the costs that come along with the holiday. The tradition of Kimcha D’Pischa, Aramaic for “flour for Passover,” dates as far back as the time of the Jerusalem Talmud when the community would establish a fund for locals to donate money or food that would be distributed to families in need of financial support.

Passover celebrates the exodus of the Jewish people from slavery in Egypt. The holiday is also referred to as Hag HaHeirut, or in English, the “Festival of Freedom.” The custom of giving money to the poor before Passover stems from the hope that, with the generosity of the community, every Jew can successfully celebrate their freedom without feeling enslaved to the high costs of preparing for the holiday.

In fact, included in the Passover Haggada, the book that is read at the traditional meal called the Seder, there is a paragraph that invites all those who are poor to come into the homes of the readers and join them for the meal. “All who are hungry, come and eat; all who are needy come and celebrate Passover.” Kimcha D’Pischa, the giving of money before the holiday, ensures the words are not said in vain or without meaning and that steps have been taken to ensure those who potentially do need a meal have been accounted for and are also celebrating.

According to several letters found in the Central Archives for the History of the Jewish People and the National Library of Israel, Kimcha D’Pischa was a matter of life and death for one man living in the Land of Israel in the early 20th century.

Rabbi Chayem Benzion Kassier lived in Tiberias, a city located on the shores of the Sea of Galilee and, while not much is known about the man himself, Kassier’s letters tell a tale of a very poor man, desperate to raise money to feed his starving family and other poor members of his community.

It appears that, in 1908, Kassier sat and hand wrote letter after letter in beautiful Hebrew script from his post near the grave of the Jewish sage, Rabbi Meir Ba’al HaNes, to various wealthy Jewish families living in Europe, pleading with them to send money to help relieve his family and community from destitution. In a letter written during the Jewish month of Adar, just one month ahead of the Passover holiday, Kassier wrote, “We are suffering from a hunger that cannot be described. I have no one to turn to for help in this time of tremendous trouble.”

“I am desperate now more than ever,” he wrote in another letter. “Passover is coming and the need of the nation of Israel is great. I have no clothing and no bread. People ask me to give them bread but I have nothing to give to help save them from their desperation.”

“This is why I dare to write to send you this request to have mercy on us in this desperate time and to extend your hand in charity so I can help save the people from the shame of hunger and continue my work in the name of God.”

He asked for his reader to consider the costs that go into properly celebrating the holiday of Passover and to help him buy Matzah, the poor man’s bread before the upcoming Festival of Freedom. “I am hoping you will have mercy in your heart to help resurrect my soul,” wrote Kassier. “With the help of flour, Kimcha D’Pischa for Matzah, the poor man’s bread to help bring back my miserable soul.”

His heartbreaking cries for help filled entire pages of the beautiful stationery he used that featured a small picture of the gravesite of Rabbi Meir Ba’al HaNes and a biblical verse encouraging people to give charity to the poor.

In return for their generosity and assistance to his family and the wider Jewish community in the Land of Israel, Haim Ben Zion Kassier promised to pray for the souls of his benefactors at the gravesite from which he wrote his letters. “There are those who buy their place in the next world in just an hour by giving charity as they can. More specifically because the act of Pikuach Nefashot, the act saving of lives is a great Mitzvah (commandment.)”

Additional research found another two letters written in the same year by the same man that have been digitized and made accessible online by the National Library of Denmark. The letter is easily identifiable as one written by Kassier as he signed each letter in the same format in English and marked each letter with his personal stamp. Donations were to be very simply addressed to, “Rabbi Chayem Benzion Kassier in Tiberias (Palestina).” While we do not know if his desperate pleas bore fruit and whether or not he received money as a result of his efforts, it seems hard to believe that his heartbreaking words would go unanswered.

Special thanks to Yochai Ben-Ghedalia of the Central Archives for the History of the Jewish People for his help in writing this article.

Braille Haggadot: The Exodus from Egypt at Your Fingertips