Braille Haggadot: The Exodus from Egypt at Your Fingertips

Home > Passover > Braille Haggadot: The Exodus from Egypt at Your Fingertips
Diaspora 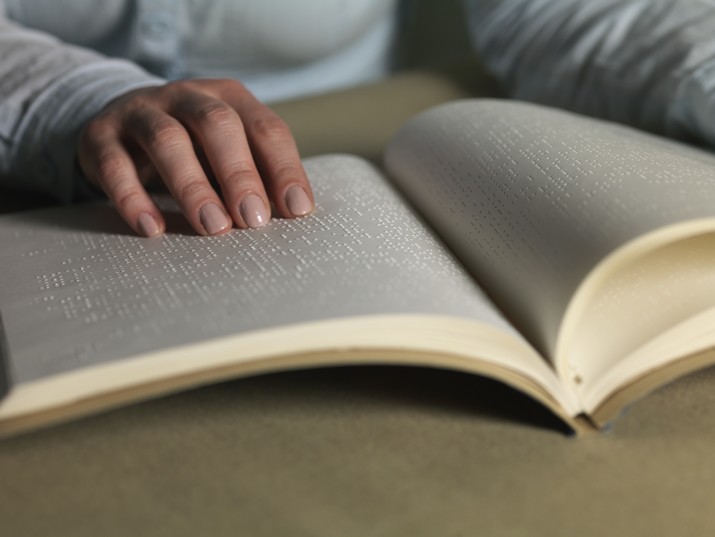 The ancient Biblical command, “Tell your child,” led to the appearance of the “Haggadah,” the text which is traditionally read at the Passover Seder (“Haggadah” is derived from a Hebrew root word which means “to tell” or “to say”). The Haggadah, one of the most ancient and central texts in the Jewish culture, apparently first took shape in the Second Temple period, and its form has largely remained stable from the Middle Ages to the present day. While originally the command “to tell” was interpreted as an instruction to recite the Passover story out loud, in public, today no Seder is complete without a written Haggadah.

As such, it is no surprise that the blind and the visually impaired also have need for a Haggadah  and are unwilling to make do with reciting the texts aloud. The National Library of Israel is in possession of seven Passover Haggadot written in Braille. Six of these were printed in Israel in recent years by various institutions that provide services to the country’s blind citizens, while another was printed several decades ago in the United States. 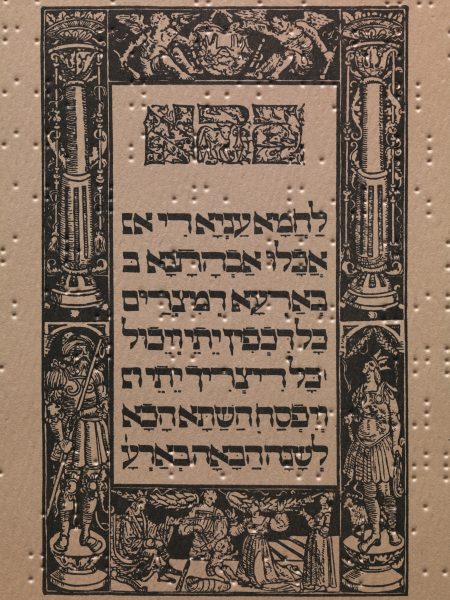 This American text produced in the early 1950s and acquired recently by the National Library, is likely one of the first Braille Haggadot ever printed.

How is a Braille Haggadah Printed?

The Passover Haggadah is an essential ritual item in the Jewish year cycle and there is naturally  great demand for Braille copies of the text among visually impaired Jewish readers. Ms. Esti Maouda from the Central Library for the Blind, Visually Impaired and Handicapped located in the Israeli city of Netanya, shared some more details with us on this topic. 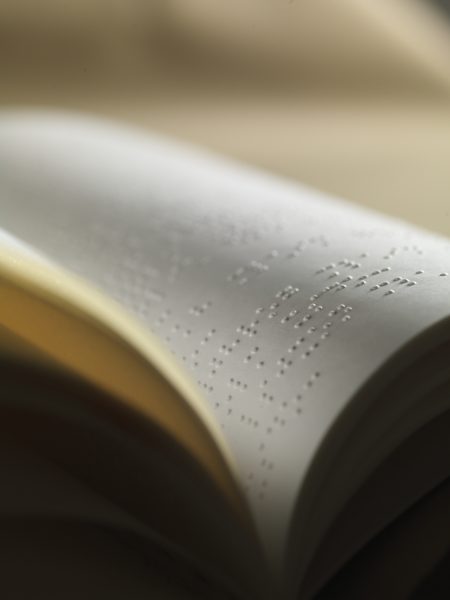 First, as one would expect, Braille Haggadot are printed without illustrations. Braille is designed to transcribe text and does not relate to any other kinds of graphic elements. Maouda confirms that the Netanya Library has been in possession of a number of Braille Haggadot since its founding, sixty years ago. The library has many subscribers who are either blind, visually impaired or have other disabilities. All of them are in need of Passover Haggadoh. Therefore, ten years ago, the institution mounted a campaign to print numerous Haggadot and send them to all its subscribers, eliminating the need to maintain a large inventory of Haggadot and of having to deal with the lending and return process. Today, the library in Netanya offers a print-on-demand service. A subscriber interested in obtaining a Haggadah in Braille can contact the library and a Haggadah is printed for them.

What kinds of Braille Haggadot can be found at the Library for the Blind? There are three different versions available. The most popular is a regular Haggadah featuring the standard text. In addition, one can find Haggadot which feature the classic text alongside commentaries. The third type, perhaps the most intriguing and poignant, is a Haggadah which includes songs and stories for children. This version is used by blind parents who wish to read to their children as well as by blind children who prefer to take an active part in the Seder ceremony around the table. All the Haggadot in the Netanya library are in Hebrew. 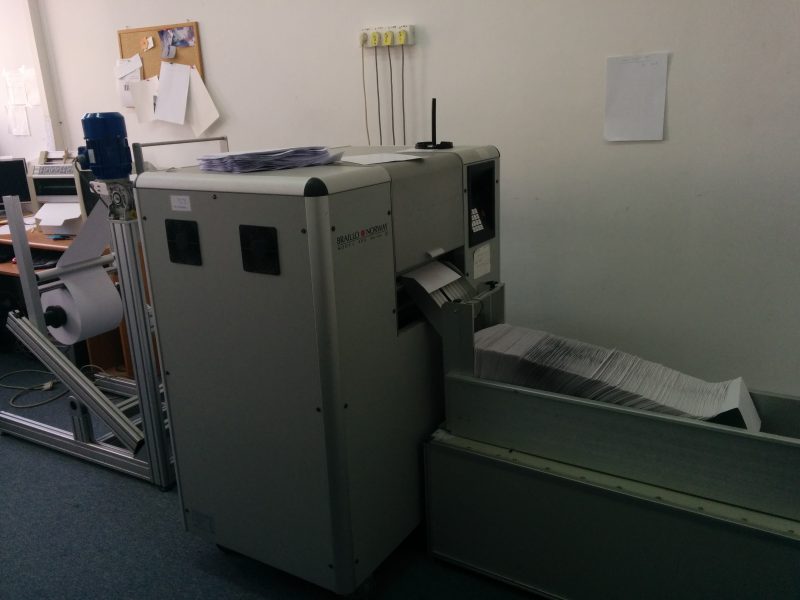 A Braille printer. Courtesy of the Central Library for the Blind, Visually Impaired and Handicapped in Netanya

A Braille Haggadah: A Perishable Book

As any collector or library with a collection of Haggadot will tell you, the Haggadah is a particularly perishable book:  signs of use are especially evident in an item used during the Seder, a culinary event that lasts for hours. Esti Maouda insists that a Braille Haggadah is no exception. It too absorbs wine stains, and food crumbs typically become stuck in between its pages. Therefore, every once in a while the Library for the Blind receives a request for a Haggadah from someone who is already in possession of a copy but whose Haggadah was either badly stained or torn. And, naturally, the same process of erosion that occurs with any Braille book is also evident in Braille Haggadot: the more a book is read, the more the raised Braille dots on the page become worn down, with the text then becoming more difficult to read.

Today, the use of Braille books is on the decline. New computer technology, which can convert onscreen text into Braille dots that a blind person can feel with their fingertips, has made the thick, heavy Braille book redundant. However, because of the ceremonial use of the Haggadah at the Seder, the demand for Braille Haggadot remains high and many blind celebrators of Passover continue to use these books to this day.   If you liked this article, try these: A Plea for Assistance in Buying Poor Man’s Bread from 1908 Celebrating the Exodus from Egypt Behind the Lines of World War I What Would You Serve at a Passover Seder During the Korean War?