When culture critic Carl Ehrenstein reviewed the 1927 film, "The Great Unknown," he could not have known the fate that would befall the actors at the hands of the Nazis. 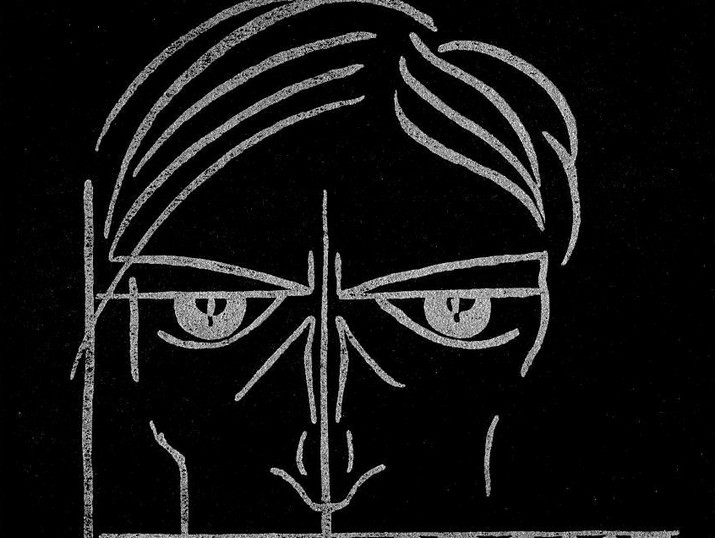 Cover of the invitation to the premiere of "Der Große Unbekannte" - "The Great Unknown", 1927, the National Library of Israel collections

Beginning in the last years of the 19th century, a new medium conquered the entertainment industry: cinema. During the first three decades of the development of cinema, viewers had to tolerate watching moving pictures that played with musical accompaniment. From the end of the 1920s, the number of films featuring synchronized sound (“talkies”) began to grow steadily, and within just a few years, silent films disappeared entirely.

Disappearing with them were also many actors who did not adjust to the new demands of the medium, including the soundtrack. In effect, film was a technological upgrade of theater: on theater stages, actors would appear every evening before a new audience, as they do today, while films preserve a one-time production of the plot. The film reels could be reproduced countless times, so copies of the film could be screened in the various cinemas in many cities across the globe – and in every screening, the audience would see the same version of the work (with the exception of differences that arose from the conditions of screening or from technical defects in the particular copy of the film).

Many cinemas also sprung up in Germany. Already in the days of Imperial Germany, these institutions drew an audience that was enthusiastic for even more films to be produced. The rate of film production was greatly accelerated during the years of the Weimar Republic – despite the tremendous economic problems that hindered the growth of the branch in the early 1920s. The production companies also operated movie theater chains such as UFA and EMELKA. In 1927, there were already some 4,300 cinemas in Germany, and the largest among them could house over 1,000 viewers. Premiere screenings of the new films took place in prominent movie theaters in the large cities, in order to ensure a large audience and immediate positive public response with the film’s release. Film critics and journalists were invited to these screenings, in the hope that they would write positive reviews in the newspapers, which in turn would be likely to draw more viewers to subsequent screenings.

One of the cultural critics active in Berlin was Carl Ehrenstein (1892-1971), a Viennese Jew, and brother of the well-known expressionist writer Albert Ehrenstein.

Carl, who also attempted to create literary works in the expressionist style (but without much success), wrote reviews of various cultural events that took place in the German capital in the mid-1920s, often for the communist newspaper, Die Welt am Abend (“The World in the Evening”). Ehrenstein saved the invitations, entrance tickets and drafts of his articles about the events, as well as the final texts that were ultimately published in the newspaper. In this manner, his personal archive presents an impressive picture of the cultural life of Berlin in the “Golden Twenties.”

One of the events reviewed by Carl Ehrenstein was the first screening of the silent film “The Great Unknown,” held on October 13, 1927, at the Emelka Palace Theater on Berlin’s grand entertainment boulevard Kurfürstendamm. This movie was the first rendering of one of the spy novels written by British author Edgar Wallace (1875-1932): The Sinister Man. Wallace’s spy novels were very popular in Germany and appeared on the bestseller lists even decades after their publication. However, because this particular book was translated into German only a year after the premiere screening of the film, the plot was still unknown to most of the viewing audience.

The film was produced and directed by Manfred Noa, a German director, who apparently came from a Jewish background, and who directed approximately 30 films during the 1920s. The most outstanding of these was a cinematic version (the only to this day) of the play “Nathan the Wise” (1922) by Gotthold Ephraim Lessing. “The Great Unknown”, however, whose spectators included Carl Ehrenstein, belongs to another genre and appealed to a wider audience.

The plot tells the story of a drug dealer, the power struggles of criminal gangs, and big money. The assortment of actors appearing in the film is a good representation of the cosmopolitan atmosphere of Berlin in the 1920s. It included actors from England, France, Austria, Germany, and even Asia. As occurred often, six years after the production, with the Nazi rise to power, the paths of the actors who appeared together in the film diverged. For example, Jack Trevor, the British actor who played the film’s leading role, moved to Germany and stayed there even through the Nazi period, during which he was forced to broadcast news on the radio throughout World War II. His Jewish colleague, Kurt Gerron, who was a very well-known actor in Germany, attempted to flee the Nazis but was apprehended and became an inmate at Terezín (Theresienstadt) where the Nazis forced the actor, who was also a director, to direct a propaganda film on the Theresienstadt Ghetto, the “City of Jews.” Ultimately, Kurt Gerron was murdered in Auschwitz a few months after the film was produced.

It is clear that when Carl Ehrenstein wrote his review of “The Great Unknown,” all that was yet to happen to those involved in it, and to the film itself, was unknown to him. In Ehrenstein’s opinion, the plot of the film was boring and represented bourgeois values (it should be remembered that he was writing for a communist newspaper). In contrast, he did not conceal his opinion that the directing and acting were good. As far as we know, every existing copy of the film disappeared. All that remains from “The Great Unknown” is the announcements advertising it, as well as the rare invitation to the opening screening presented here, which Carl Ehrenstein preserved among his documents.