Printed in Rome, this book was once part of an Italian prince's library. Years later it made its way to Argentina, and eventually to Israel. The tome is now over 550 years old... 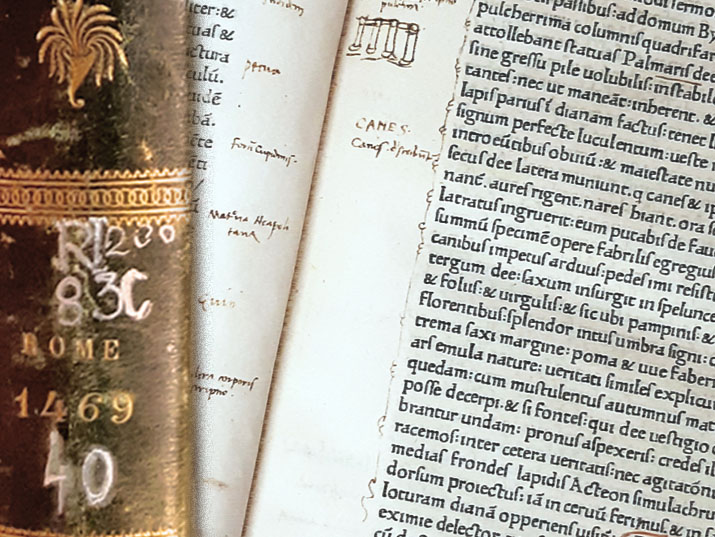 The oldest printed book in the National Library collections, from 1469

The National Library of Israel collections include thousands of rare books from a plethora of countries, most of which were printed hundreds of years ago. About 300 of them were published during the Incunabulum period, the term used to denote the first 50 years of printing history, between 1450-1500. Printing was introduced to Europe around 1450 by Johannes Gutenberg in Mainz, Germany. One of the first books Gutenberg and his publishers printed was the Biblia Gutenberga, which contained both the Old and New Testaments in Latin. The book was well received thanks to the high quality print of the sacred text and the relatively large number of copies produced. Around 50 copies have survived to this day and they are considered extremely rare and valuable. A single page from one of the copies printed between 1450-1455 is preserved in the National Library of Israel.

Printing technology spread rapidly. First in Germany – by the year 1500 there were already some 300 printing presses up and running in different locations across the country. Other European nations soon followed suit: Printing began in Italy in 1464, a year later the Netherlands followed, while France received the new technology in 1469. In 1473, books began to be printed in Spain, and then in England in 1476. Often, the printing pioneers in these countries were German experts who had studied and operated presses in their homeland, and then immigrated to other parts of Europe to establish new printing houses.

The rapid expansion of printing houses across the known world led to the First Knowledge Revolution. Christian religious books were the most commonly printed literature in the early days of the printing press, but philosophical works and even popular literature found their way onto the presses as well.

European Jews also recognized the advantages of printing. By the 1470s production of Hebrew books in Italy and Spain had begun. In most cases, the editions were relatively limited in quantity. The first books, released in batches of only 200 to 300 copies, were quite expensive.

Among the incunabula preserved in the National Library of Israel is a copy containing several ancient philosophical texts, all originally composed in the second century CE. It contains essays by Lucius Apuleius Madaurensis, “Hermes Trismegistus” (there was no such author in truth, this was a later given name for an author or multiple authors active in the 2nd-century), and Albinus Platonicus.  Printed in the city of Rome by Konrad Sweynheim and Arnold Pannartz (a German pair who had immigrated to Italy) in 1469, this marked the first time that the philosophical texts were printed.

The printing of this book, as according to the colophon (the author or printer note that usually appears at the end of a book), was completed on February 28th, 1469. This precise, recorded date helped us to determine that this is the oldest printed book in the National Library of Israel’s collection. 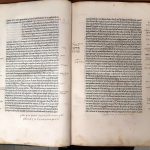 As was customary during this period, typesetters left room for the first initials of passages or chapters to be added in later. Book purchasers could then take the book to a professional illustrator to add colored letters, which often transformed the books into fascinating works of art. However, in our copy, these places remained empty. On the other hand, there were at least two owners of the book through the centuries who filled the tome with many handwritten footnotes. 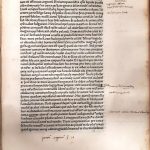 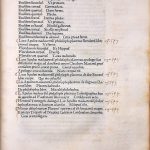 We can reconstruct some of the history of the book via the various seals and the ex-libris. For a certain period at the end of the 18th century, it was part of the library of Prince Marco Borghese of Italy. At the beginning of the 20th-century, it was owned by the collector Marcel Schlimovcz. For a period of time, it was kept in the Jewish community library in Argentina. The book was then donated to the National Library around 40 years ago. 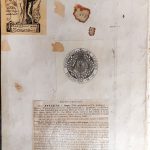 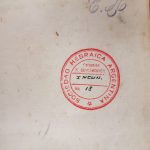 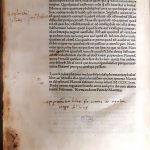 Harry Potter, Abraham the Jew and the Philosopher’s Stone