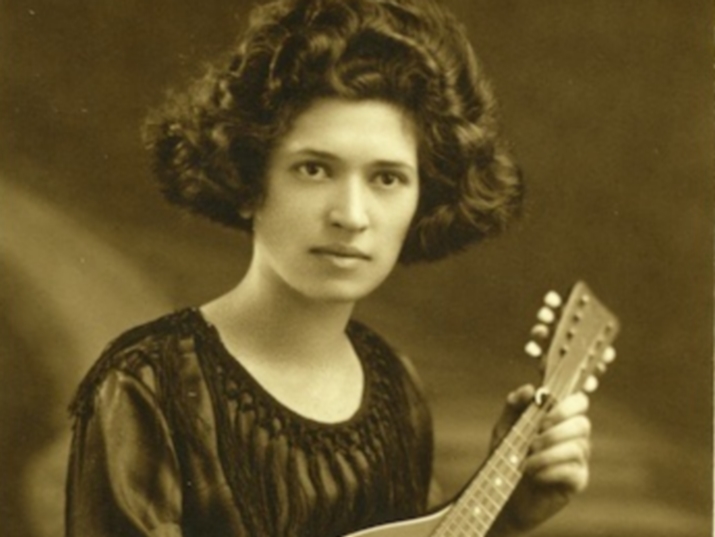 In the beginning, there was lust.

Out of lust, God emerged in flames.

Everything God creates is in God’s nature.

Whoever gets more of God’s nature –

a teardrop more – becomes an artist, a poet.

One more drop – a murderer.

Malka Heifetz Tussman was born in Wolyn in Ukraine in the late 19th century, though her exact year of birth is unknown. She was the second of eight children born to a Hassidic family of landowners and she spent her childhood on the farm run by her grandfather. Malka was a lively, rebellious girl with an affinity for nature who felt foreign in the world she grew up in.

At the age of eight, on her own initiative, Malka joined the nearby general Russian school, becoming the first Jewish child to attend it. It was at that tender age that she began to write poetry in her native Russian using the familiar letters of the Hebrew language. Several years later, due to the pogroms which targeted the region’s Jews, her family decided to emigrate to the United States. Her brother was the first to make the move, and, at the age of 16, Malka followed him across the Atlantic Ocean to start a new life.

Upon reaching America, Malka settled in Chicago and like many other young Jewish immigrants, she began to work as a seamstress and laborer. Though the family had been wealthy in Ukraine, they suffered from poverty during their early years in America. 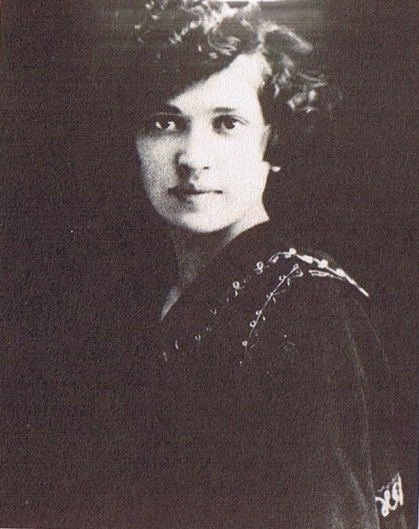 Despite the material struggle and the hard work, Malka was fascinated by the new world and tried to adapt as fast as possible. She quickly learned English – both the spoken word and the language of English poetry.

Malka even began to write in English, but, within a short period of time, she went back to writing in Yiddish.

Yiddish poetry at the time was alive and vibrant. The authors hovered between two worlds – their native countries in Eastern Europe, and America, their new home. They also teetered between Torah observance and secularism, and between different social values – with feminism playing a major role in their work. The female poets of that generation were the first ones with the opportunity to build their lives beyond the traditional female roles. In addition to Heifetz Tussman, this wonderful group included leading artistic figures such as Celia Dropkin, Anna Margolin, Kadia Molodowsky (who would also eventually make it to the United States) and many others.

Despite the obvious quality of their writing, the female Yiddish poets often encountered derision regarding their works. Their writing was placed in a different category that set them aside as female poets – as writers of poetry which was intrinsically restricted and even slightly inferior.

Perhaps on purpose, Heifetz Tussman chose poetry structures that were considered inherently “male” and wrote poems on the “big” topics of the day which were also considered the domain of male poets. However, she also wrote extensively about women and about her own inner femininity. Her aspiration for freedom and expansion as a woman shines through in her writing, but its practical implementation was more complex, both in her private life and in how she defined herself as an artist.

Malka was 18 when she married Shlomo Tussman. The couple had two children. Tussman’s profession – a cantor – led the couple to frequently move from one community to another. Before they married, ever the free spirit, Malka set two conditions: firstly, that she would not be required to take part in Tussman’s religious and communal activities, and secondly – that she would have her own room wherever they lived.

Malka never stopped writing, but many years passed before she published her first book. She objected to the definition “female poet,” and unlike others Heifetz Tussman refused to allow her poems to be included in a 1928 anthology dedicated to female poetry. She saw the distinction between female poetry and “regular” poetry as illegitimate.

Malka was very open to the different trends, ideas, and styles of her period. She constantly aspired to learn, to expand and to choose; to place herself within the boundaries – and to break them. In her writing, she moves, experientially, between poems with an inflexible structure such as the sonnet and the triolet, and free-form writing, though even poems lacking any defined structure have somewhat structured content with most of Heifetz Tussman’s poems moving in a certain direction, toward release. She herself writes: “I am confined/within the form/I am short of breath/in my poems”.

In her early days in America, Heifetz Tussman had a definitively secular outlook. Later on, following the events of the Second World War, the Jewish world made more frequent appearances in her work. The main reason for her detachment was always her aversion to the institutionalism of the traditional world she grew up in, and not to the individual religious experience. Many of her poems are addressed to God, with longing:

With one sound of your many names,

You pierced yourself in me —

and now you feed

on my heart’s blood.

Malka Heifetz Tussman’s inner world is expressed in her poems. No clear distinction is made between globally significant events and those of her personal life. Heifetz Tussman left nothing out– she wrote of protest, her own spiritual search, and ordinary day-to-day events.

Her poems also lack any distinction between rational thought, emotions, and ethics. Perhaps such distinctions would contradict the very nature of Heifetz Tussman’s work, the power of which stems from her complete devotion to everything she writes about.

In a poem dedicated to Marcia Falk, Malka’s student and one of the translators of her poems into English, she wrote:

“Do not shy away from writing

about the small things

Large things give themselves over

in units to the small things.

Malka lived everything with the same passion and internalized it all, expressing it through her poetry. Above all, her poetry reveals her wonder for life itself: “Oy, what you can do with life in the hand”, She wrote in one of her poems.

Malka Heifetz Tussman’s deep wonder for life itself was expressed in her many poems about nature. Nature comes alive in her poems and is depicted as a conduit to enable a person to draw close to the riches of life. However, in her poetry, closeness to nature also accentuates the gap between humanity and nature. Nature has a certain wholeness and understanding and the questions people may ask are already clear and understood by nature.

Often I stroll in a nearby park;

a creek babbling childishly over pebbles,

a small bridge with rough-hewn railings-

this is my little park…

Leaning on the railing

looking at myself in clear water,

Little creek, will you tumble and flow here

The stream babbles back, laughing:

Forever is right now. (Excerpts from “Today is Forever”)

Life itself, with all its wholeness and bounty, also always contains pain – pain when it ends, pain when it’s flowing bounty halts. During the Second World War, in 1944, Malka Heifetz Tussman hoped to re-awaken the wonderment of her son who returned from the war. She described a green leaf, a red flower, a toy, and the smell of a homecooked meal. Further on in the poem, she shows him the wider world – towers, trains, bridges, and also talks to him about faith.

Over the years Malka Heifetz Tussman became a respected teacher and even worked in translation. She translated Yates and Auden, Christina Rossetti and Rabindranath Tagore into Yiddish, but from her own words it is clear that her initial admiration was reserved for Walt Whitman through whom, to a certain degree, she discovered America and experienced a new horizon of poetry.

Abraham Sutzkever, the famed Yiddish poet, said that the older Malka Heifetz Tussman got, the younger her poetry became.  “Everything she touched turned into poetry” he added.

Malka kept in touch with the Yiddish poets of the younger generation, teaching and guiding them. As one of her students, Kathryn Hellerstein explained, Malka Heifetz Tussman became a bridge between the generations – between those who emigrated from Eastern Europe and the young Jewish poets who took it upon themselves to make Yiddish poetry more widespread among readers with scant knowledge of Yiddish.

Heifetz Tussman moved to Israel following her husband’s death but returned to America a year later at her children’s request. She died on March 30th, 1987 in Berkley, California after publishing six books during her lifetime (the first was published when she was already over fifty). Malka had been working on her seventh book when she passed away. It was eventually published after her death.

English translations of the poems are taken from “With Teeth in the Earth: Selected Poems by Malka Heifetz Tussman,” translated, edited, and introduced by Marcia Falk (Browser Books Publishing, 1992). This article originally appeared in Hebrew in the “HaMusach” online literary journal hosted on the National Library website.   If you liked this article, try these:  The Feminist Version of the Jewish Morning Blessing The Jewish Woman Who Gave Life to Lady Liberty The Partisan Poet Rescued from the Woods of Lithuania