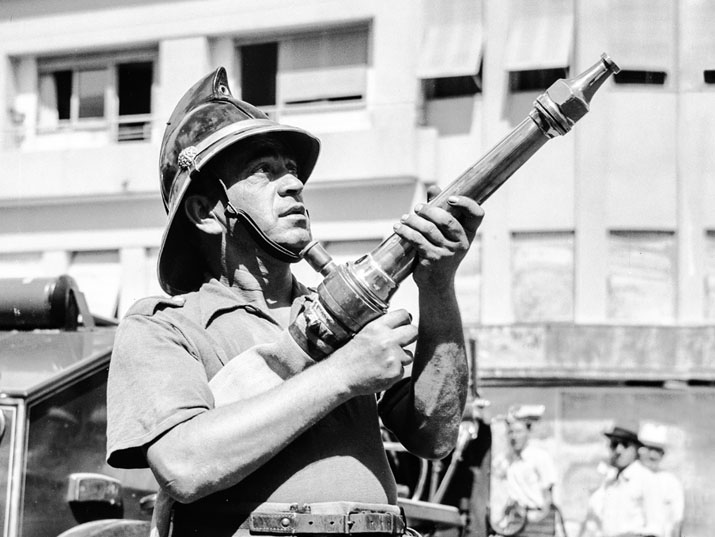 Growing up, we all wanted to be firefighters. It’s what we saw on television. We dressed up as firefighters for Purim or Halloween, played with red firetrucks and put out fires with an imaginary hose. We wanted to fight fires and rescue cats stranded in treetops. To be honest, it wasn’t the heroic aspect that was appealing so much as it was the simple fact that firefighters take a great photo. The Tel Aviv firefighters were well-aware of this and gladly went along with the tradition – to no one’s surprise, they were unbelievably photogenic.

The city’s merchants were the first to recognize the need and also the first to act: Two large manual fire pumps, two small ones, 200 meters worth of hoses, 50 pails, axes and shovels were donated for the establishment of the first fire department in Israel – the Tel Aviv Fire Brigade.

In its early years, the brigade relied primarily on volunteers. They operated throughout the 1920s – the decade of the brigade’s establishment – improvising as they went along, with no guidance from the authorities. Once they were set up, the volunteers requested that the city council provide them with equipment and funding.

It wasn’t until 1929, when the number of fires in the city rose, that the city council began to allocate funds for the fire brigade. In 1935, a year after the volunteers struggled to extinguish a fire that broke out in the Petah Tikva “Ha’argaz” factory, a special committee was appointed to investigate the state of the city’s firefighting infrasctructure, concluding that a staff of volunteers would no longer suffice; instead, a large-scale fire department was to be built, fully equipped with high-end extinguishing equipment and paid firefighters.

In her book, Surrounded by Light and Sea (Hebrew), Anat Helman notes that “Some of the committee’s conclusions were gradually implemented, and a few years later fires were handled in most part by paid firefighters, while volunteers were left with a secondary role.” 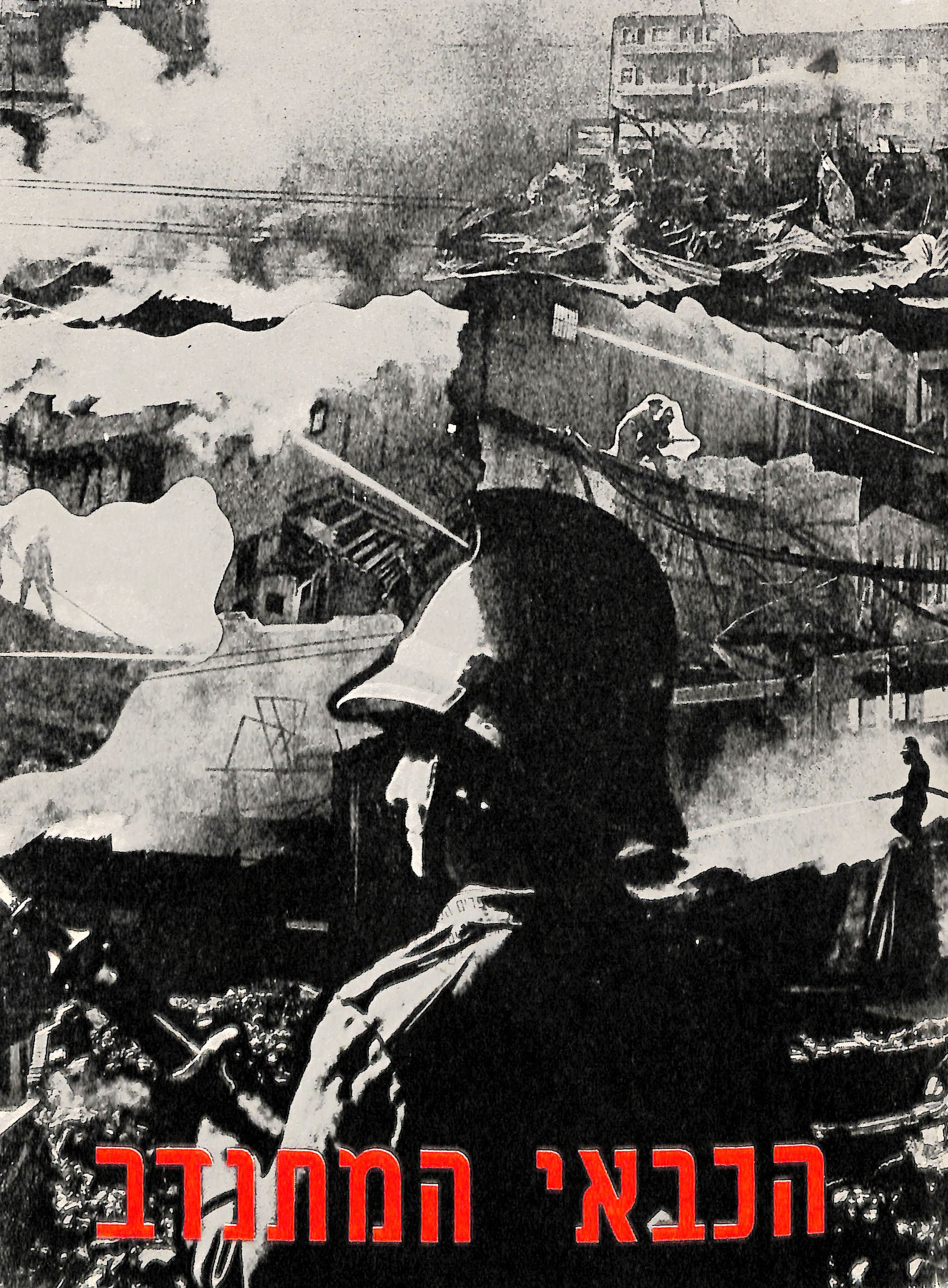 The volunteer firefighters would also be tasked with providing security for public events. On more than one occasion, they used their fire hoses to disperse protests that had gotten out of hand, a practice that received some harsh criticism from sections of the public. 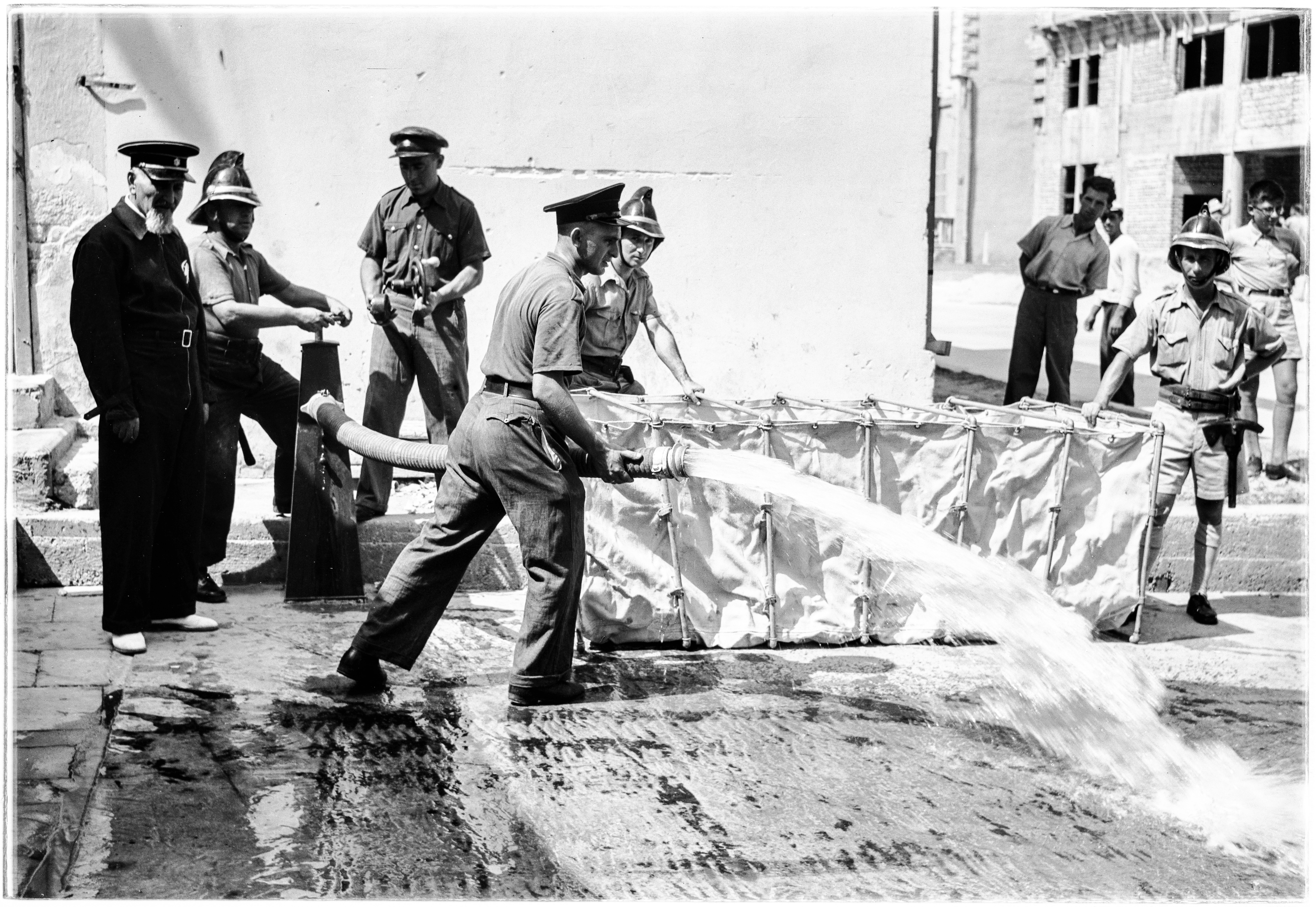 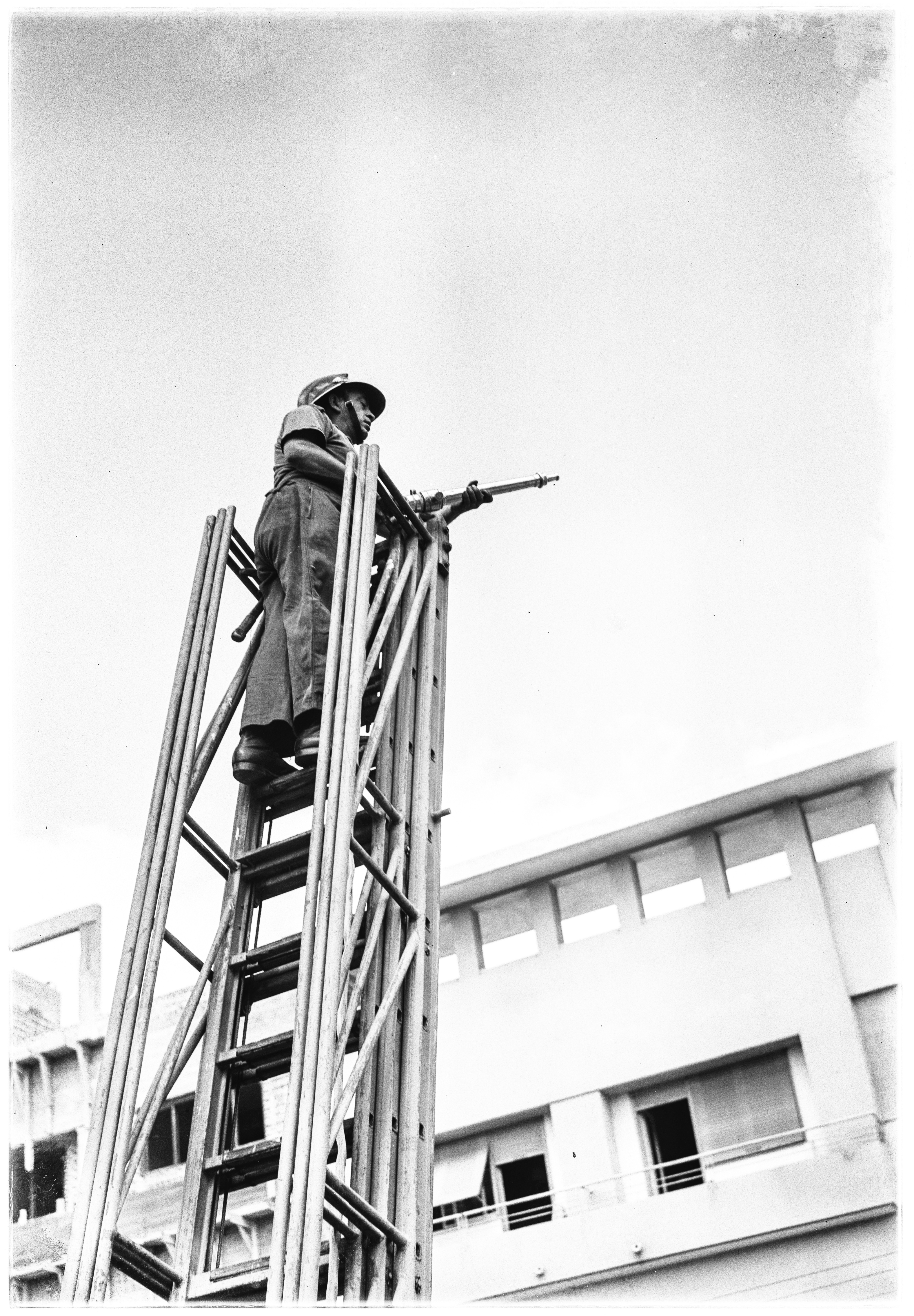 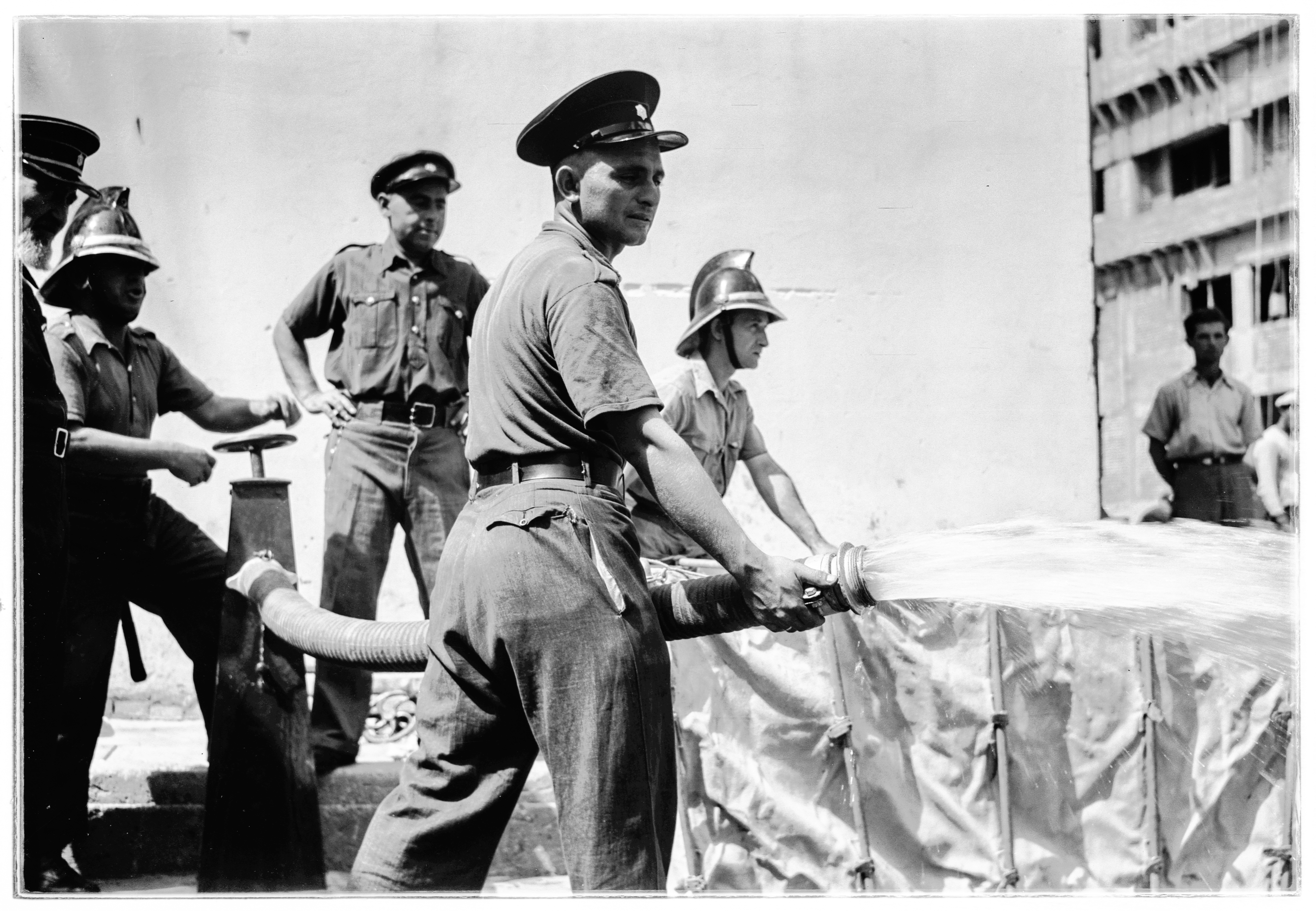