Stone carvings, made by Jewish children in detention camps on Cyprus, depict their longing to finally reach the Land of Israel 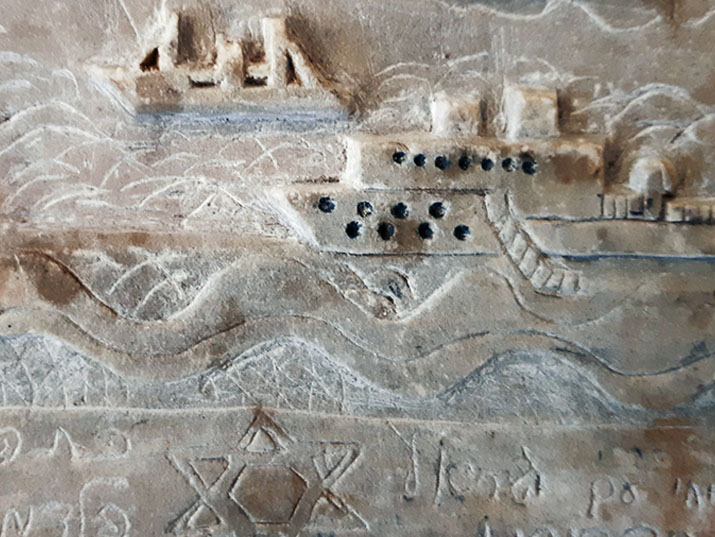 As waves of refugees from World War II made their way to the Land of Israel, the British were forced to find a solution for the influx of immigrants. The detention camp in Atlit was filled to capacity. As a result, additional camps were built in Cyprus, also under British control at the time, in 1946 and 1949. There, tens of thousands of Jews awaited government approval to enter the Land of Israel. A dream, which would eventually come true.

The British understood that they could not treat the Jewish refugees as ordinary prisoners and, therefore, allowed the detainees a certain level of autonomy. With the help of large donations from the Land of Israel and Jews across the world, the Jewish leaders in the camps tried to create a semblance of normal life for the refugees. Part of setting up this new order was the creation of jobs and societal roles within the camps.

Within the confines of the barbed-wire fences, cultural, welfare, educational and religious activities were established and organized in an attempt to recreate routine, daily life. Naturally, nurturing the children of the camp was at the center of community priorities and values.     An expression of what life was like in the camp for the children which also tells us something about their mindset, can be seen in an unusual collection preserved at the National Library. There was no shortage of stone available in the Cyprus camps, and it was soon utilized in the children’s educational frameworks, which included the art of stone carving.   What did they choose to carve? Perhaps the obvious choice. The children carved images of the ships that were supposed to bring them to Israel- and one day they would. They also carved maps of the Land of Israel in to the stones, anything that might serve as a reminder that the detention camps in which they were imprisoned were not their home, but a temporary station where they awaited the opportunity to reach the Promised Land.     In many cases, the children inscribed their names and school grade on the carvings. The artists who created these works as children may very well still be with us today, living in the State of Israel.

This collection was presented by the National Library in honor of the third Global Forum of the National Library of Israel held in March of 2019 and dedicated to the subjects of “Migration-Borders-Identity”.   If you liked this article, try these: How Bergen-Belsen Survivors Celebrated Independence The Beautiful Postcards Theodor Herzl Sent to His Daughter Natan Sharansky’s Little Book of Psalms that Survived the Soviet Prison