Home > History of Israel > An SS Man, an IDF Officer and a Spy: The Story of Ulrich Schnaft
Land of Israel

Ulrich Schnaft was a former member of the SS, who posed as a Jew and joined the Israeli army after WWII 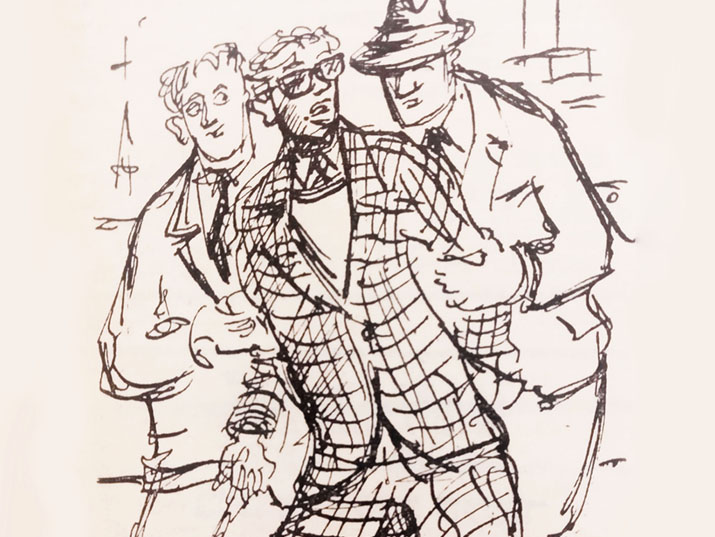 The history of the State of Israel is rife with riveting tales of spies, espionage and subterfuge. Perhaps the most thrilling of these are the ones involving Nazis.

Gavriel Weissman arrived in Israel in 1949 after an exhausting journey which included a trek from Germany to Marseille, an illegal voyage to Mandatory Palestine, a detention period in Cyprus which lasted over a year, as well as enlistment in the underground military organization, the Haganah. Naturally, when he finally made it to the newborn state, the young Weissman joined the recently established Israel Defense Forces and quickly completed a squad commander’s course. He later passed an officer’s course, reaching the rank of second lieutenant, before being transferred to the Artillery Corps.

It was in 1952 that Weissman’s promising military career came to an abrupt end. An anonymous tip revealed that while intoxicated, Weissman showed his friends a photo of himself wearing an SS uniform and told them he was living under a false identity. Years later, it was discovered that Weissman was actually Ulrich Schnaft, born in Germany in 1923; he was a Nazi who had served with the SS on the Russian and Italian fronts during WWII. After the war, he learned from the Jewish roommate with whom he shared an apartment that Jews were being provided financial aid and food – commodities which were in great demand in post-war Germany – through American charity organizations. Schnaft decided to pose as a refugee and travel to Israel, with the intention of continuing on to another destination soon after.

The rest of the story is no less fascinating than Schnaft’s unbelievable deception. Disappointed with his dismissal from the IDF, Weissman-Schnaft remained in Israel and worked the occasional odd job while renting a room in the home of a Jewish immigrant couple from Germany. During his stay, he began an affair with his landlady, and the two considered leaving the betrayed husband behind and moving back to Germany together. To Schnaft’s regret, at the time Israel did not permit Israeli passport holders to enter Germany. These difficulties led Schnaft to offer his services to Egyptian intelligence; He was flown to Cairo, where he handed over extensive information on the IDF and its units.

The story of Schnaft’s capture by the Israeli security service is worthy of a feature film. The details of the events were released to the public only years after they occurred. According to the Israeli media of the time, Schnaft was sent to Israel once again by his Arab handlers in order to collect intelligence and was arrested upon his arrival. But the real story is even more incredible: Mossad agents located Schnaft in Germany (thanks to, among other sources, a letter sent by the betrayed husband, who revealed his story). The agents fooled Schnaft into returning to Israel, by leading him to believe that he would be spying for Iraq. When he landed at Lod airport he was immediately arrested and soon brought to trial. The whole story, including all the incredible details, can be found in the book “The Spies: Israel’s Counter-Espionage Wars” (HaMeraglim) by Yossi Melman and Eitan Haber (Hebrew).

After his parole, Schnaft was expelled from Israel and returned to Germany. There has been no trace of him since. Whether or not he is alive is unknown. If you have any information regarding his whereabouts – please let us know in the comments below.

How Eli Cohen, Israel’s Man in Damascus, Was Captured

Nathan Yellin-Mor: The Underground Fighter Who Became a Peacenik