Menachem Begin: The Man of a Thousand Faces

What (or who) do Mr. Halperin, Rabbi Sassover, and Dr. Konigshoffer have in common? How the head of the Irgun evaded capture by the British Police, time and again 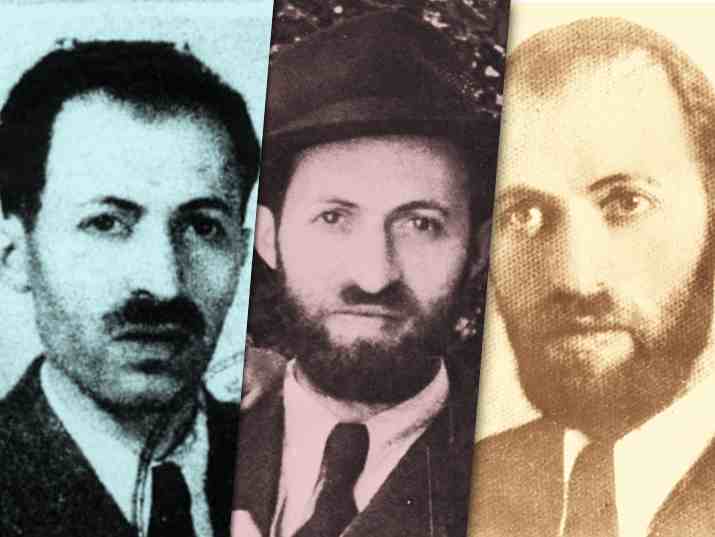 It was the days of the British Mandate in the Land of Israel. Jewish underground organizations were at the height of their activity against the colonial authorities. Special attention was being paid to the Irgun organization headed by Menachem Begin, which the British considered a terrorist group. Begin and the Irgun were indeed a particularly bothersome thorn in the side of the waning British Empire. The group was responsible for hundreds of rebellious act against the regime, including the breach of the Acre prison and the bombing of the King David Hotel, which resulted in the deaths of dozens of members of the Mandatory administration, among others.

As the Irgun’s leader, Menachem Begin was assigned a place of high priority on the British Secret Intelligence Service wanted list. A bounty for his capture and rewards for information on his whereabouts were offered to the public. Begin was forced into hiding, moving from safe house to safe house, even using disguises and false identities. These were simple ruses but they were successful time and time again. Whenever the British began to close in on him, Begin simply packed up his family and belongings, and disappeared. He would then resurface elsewhere with a different identity.

The Pole Who Never Left His House

Begin on his false identity:

“…our neighbors had not the least suspicion. They found it all natural and understandable. They were told that the Halperin family was a family of refugees from Poland who had been unable to find accommodation in the town. True, the head of the family did not go out to work every day but for this too a plausible explanation was found. We voluntarily told the neighbors that we lived off an allocation frim the refugee aid organization and that I was preparing for the Palestinian law examinations – hence my working at home.”

Please Address Me as “The Honorable Rabbi”

Profession: “At the end of thirty days I had changed sufficiently to become Israel Sassover, who might have been a modern Rabbi, or a politician in one of the religious parties, or merely a penitent sinner”

Begin on this identity:

“My beard and the status it conferred on me also imposed certain obligations in my new surroundings. […] I was invited to become a regular participant at prayers in the synagogue […] They received their new neighbor with characteristically benevolent curiosity. They asked me questions which I had to answer. They gave me my regular place, and thenceforward I became one of them. I heard later, in confidence, that if the British had remained in Eretz Israel ten years longer I might possibly have risen to high eminence and been elected second assistant to the third warden of the synagogue. I was quite popular, though I never took part in any political discussions – or perhaps that was the reason.”

What the neighbors had to say about him:

“I think they came to the conclusion that I was a good-for-nothing who had had a large dowry from his wife. They could hardly have believed me capable of any work. They pitied my wife deeply, especially the women. ‘Poor young thing,’ they said, ‘she must have been forced to marry this loafer, this perpetual student.’ I was certainly not interested in dispelling their illusions.”

Period of time living under this identity: January, 1947 – the departure of the British from the Land of Israel

Begin on this identity:

“Quite by a chance a passport had been found in one of the public libraries in the name of Dr. Jona Konigshoffer.  It was rather a long name, but I had the advantage of being purely “Germanic.” It was a name reeking of loyalty and the preservation of law and order. So it was decided to suit me to the passport, or rather, to adapt my new photograph to it.

The local children in the street would laugh at Menachem Begin’s son and make fun of the last name by twisting the meaning with a pun:

‘Konigs-bluffer.’ Begin reflected that “they did not know how serious their cruel joke was.”

All quotations in this article were taken from the book, The Revolt by Menachem Begin, published by Dell, 1978