The documents include Kafka's manuscripts of the uncompleted story "Wedding Preparations in the Country", a notebook for learning Hebrew, hundreds of personal letters, sketches, and more 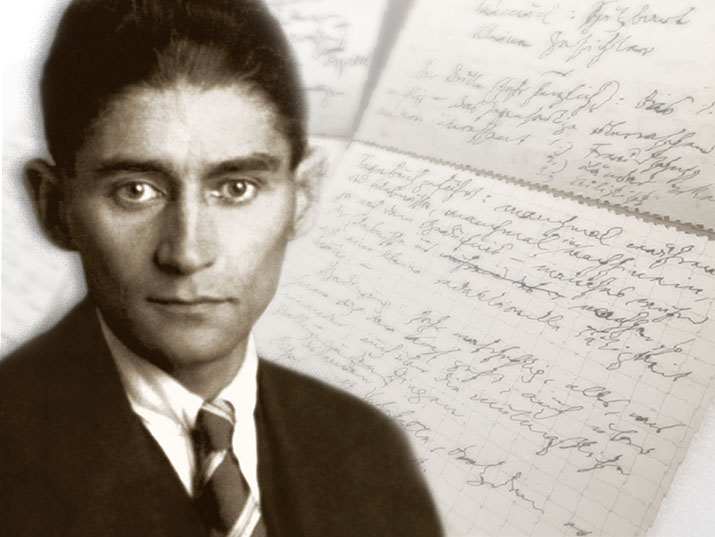 Nearly a century after the premature death of Franz Kafka from tuberculosis and more than a half-century since the death of his confidant, Max Brod, the decades-long saga of their literary estate is now coming to an end.

Hundreds of letters, manuscripts, journals, notebooks, sketches and more – handwritten by Brod and Kafka – have been transferred to the National Library of Israel, following orders by Israeli and Swiss courts to open vaults in Zurich, which had stored the materials for decades. These materials, part of Max Brod’s literary estate, have now been returned to Israel and have arrived at the National Library in Jerusalem, in accordance with Brod’s wishes.

The documents from the Swiss vault include: three different draft versions of Kafka’s story “Wedding Preparations in the Country”, a notebook in which he practiced Hebrew, hundreds of personal letters to Brod and other friends, sketches and drawings, travel journals, thoughts he wrote to himself and more.

In essence, this marks the end of a legal saga that began 12 years ago and involved high-level proceedings in three countries: Israel, Germany and Switzerland.

Brod, an accomplished writer and composer, was a confidant of Franz Kafka and is primarily responsible for Kafka’s success as one of the 20th century’s most influential writers, having published many of his works after the author’s death in 1924.  The Kafka papers are considered to be an integral part of the Max Brod Archive, and the larger collection of materials relating to the ‘Prague Circle’, of which Brod and Kafka were members. The National Library of Israel holds hundreds of personal archives of leading Israeli and Jewish writers, intellectuals and public figures, including most of the other members of the group, whose writings indicate the hope that their papers would ultimately be preserved at the National Library in Jerusalem.

View the opening of one of the safes containing Kafka’s manuscripts:

The Max Brod literary estate and Kafka papers are now being reviewed and catalogued by National Library experts, and will then be digitized and made freely accessible for users around the globe.

He added, “The National Library of Israel plays a central role in opening universal access to the cultural treasures of the State of Israel and the Jewish people worldwide, including hundreds of special collections and archives, with the Brod and Kafka papers now among them. These materials will soon be digitized and made available online, allowing current and future scholars and fans of Brod and Kafka around the globe to freely access them.”