In his first year at university, Kafka discovered a talent for drawing 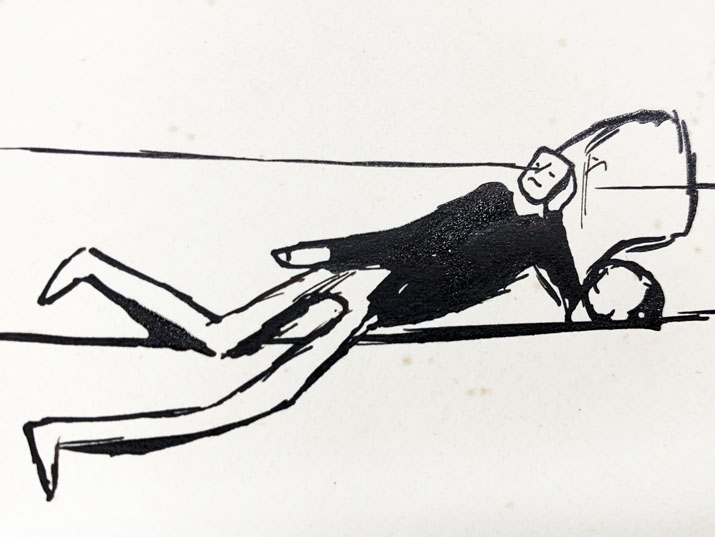 His parents’ dream was shattered. Franz, the daydreaming youth, would not be taking over the management of his father’s emporium. After much deliberation, the parents came up with the only possible solution: whether he liked it or not, the young man would attend university and learn a profession.

Franz’s parents preferred a profession that was both respectable and lucrative. He himself imagined a future that would allow his innovative spirit to make a mark. Hermann, the patriarch of the Kafka family, and in his son’s eyes – its undisputed tyrant, could have easily dictated Franz’s course of study. After all, the eighteen-year-old was financially dependent on an allowance. Only a sensitivity to that which was normal and acceptable in Prague society prevented him from interfering.

Three weeks sufficed for the young man to determine that he would not find what he was looking for in the chemistry department. He enrolled in law studies at the University of Prague—a field he at first reviled, but one that promised many employment opportunities that he found attractive – primarily because they allowed him the option of delaying a decision on his professional future for a few years.

As was to be expected, Kafka the student refused to devote himself entirely to the study of “Roman Law” (this was how he referred to his studies), and he enrolled in courses in the fields of art, architecture and philosophy. At this early stage, he did not yet see himself as a writer. From among his two greatest loves—the visual arts and literature—it seemed as if the first might win out. He discovered, to his surprise, a not insignificant talent for drawing, and he began filling the margins of his notebooks with doodles.

Reiner Stach, author of a monumental, three-volume biography of Kafka, suggests that the student’s first sketches represent an initial, yet major step in the crystallization of his future literary creativity. In his first years at university, Franz the art lover was enchanted by the “Japanese” works of Emil Orlik —an Austrian Jewish artist who had studied in Japan.

The singular brushstroke with which Orlik captured both landscapes and people, and the “flatness” of the minimalist paintings captivated the young man who discovered profoundness behind their seemingly simple appearance. The choice of using simple aesthetic forms, the future writer might have said to himself, can carry within it tremendous creative energy.

Among the files of Franz Kafka’s estate is a black notebook that Kafka filled with sketches. At the end of the notebook there is a fragmentary piece of writing entitled The Journey—I Know Not. The fragment begins with the words: “So she sleeps, I do not wake her.” His friend Max Brod noted on a separate page attached to the notebook that the fragment was apparently composed in the 1920s (Kafka died in 1924), because the Hebrew word sna’it (squirrel) appears on it – and we know that Kafka began to study Hebrew in 1917.

Why did Kafka abandon drawing and choose literature instead? It is possible that the answer to this is hinted at in something he said to his friend Gustav Janouch, quoted in the book Conversations with Kafka (Derek Verschoyle Limited, 1953): “I should so like to be able to draw. As a matter of fact, I am always trying to. But nothing comes of it. My drawings are purely personal picture writing, whose meaning even I cannot discover after a time.” 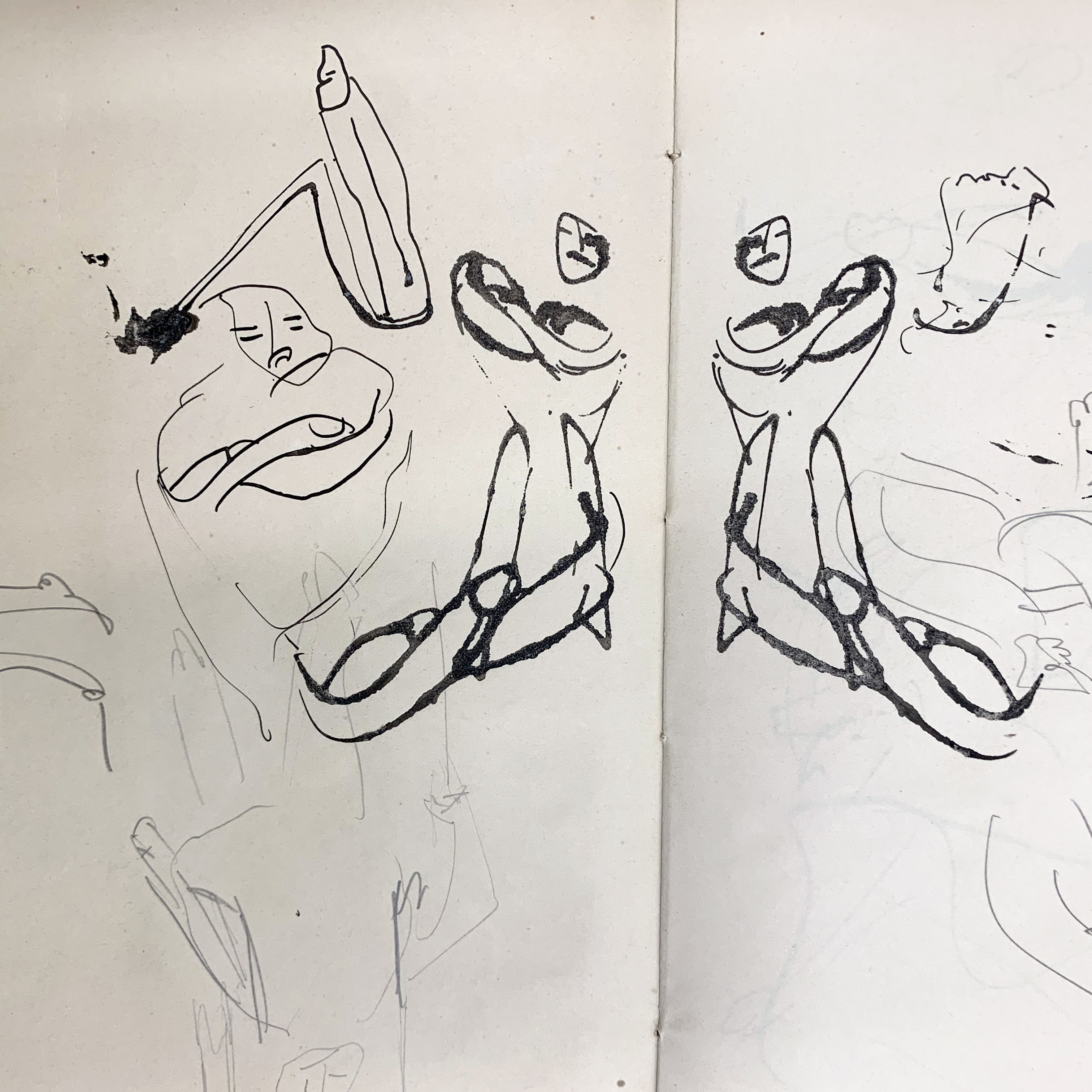 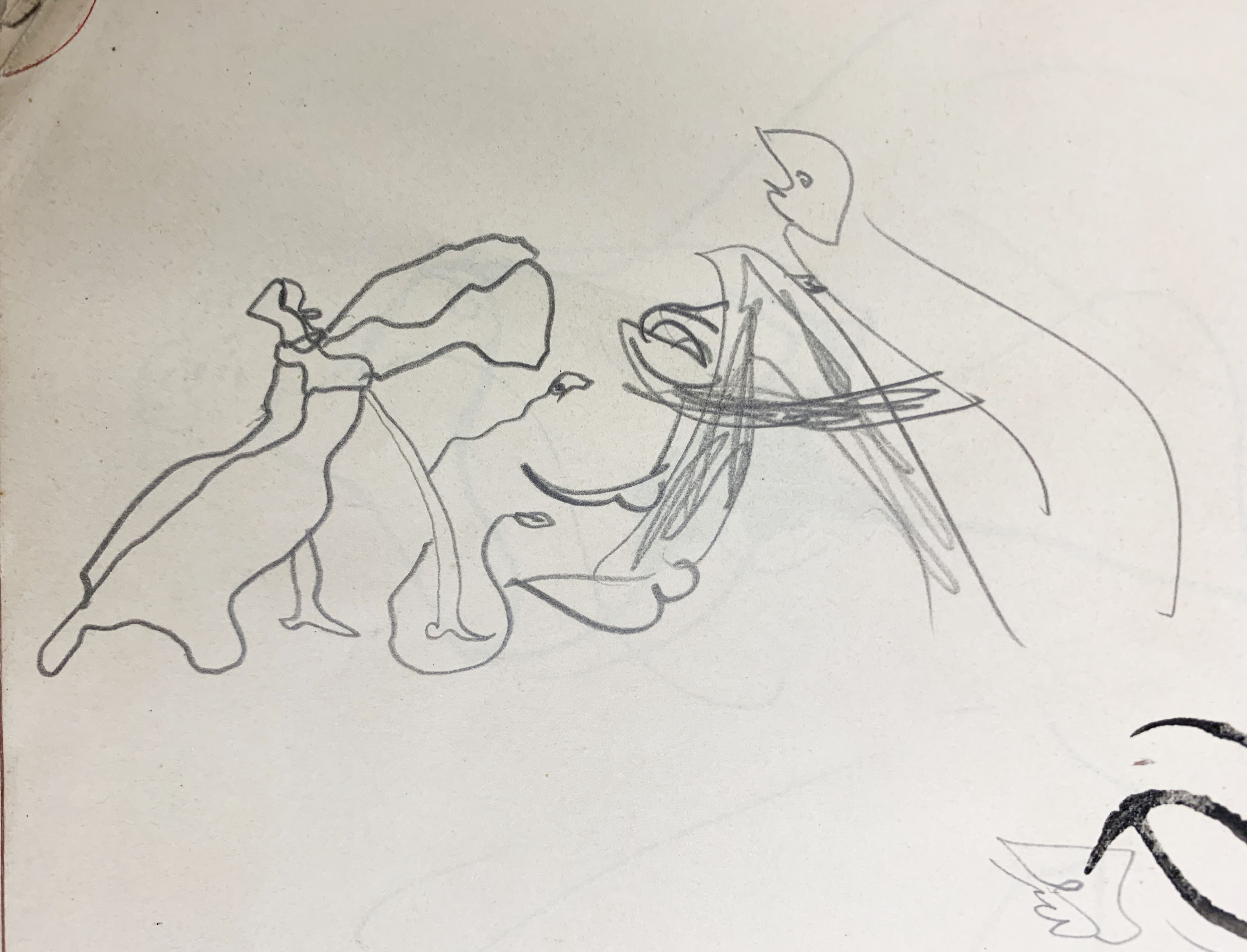 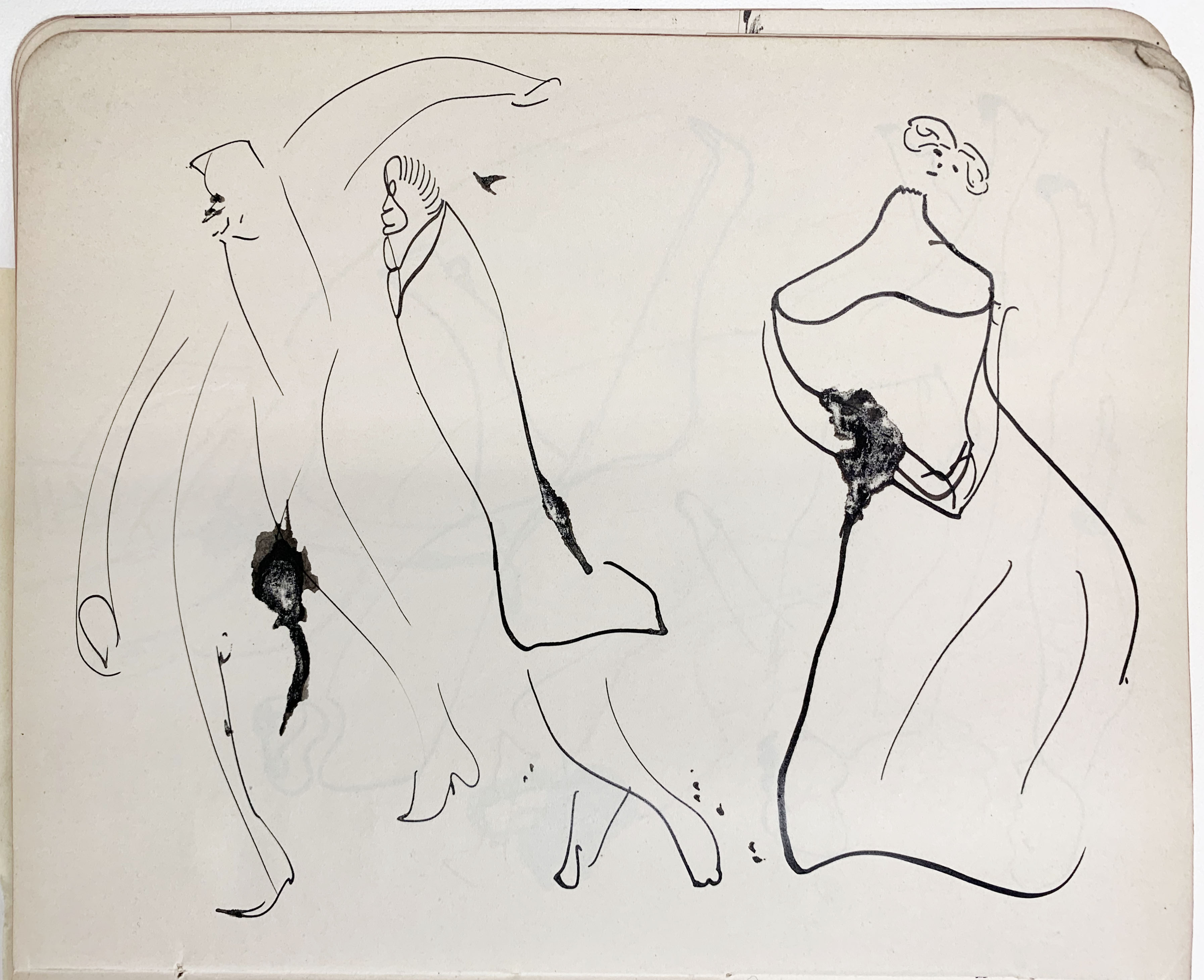 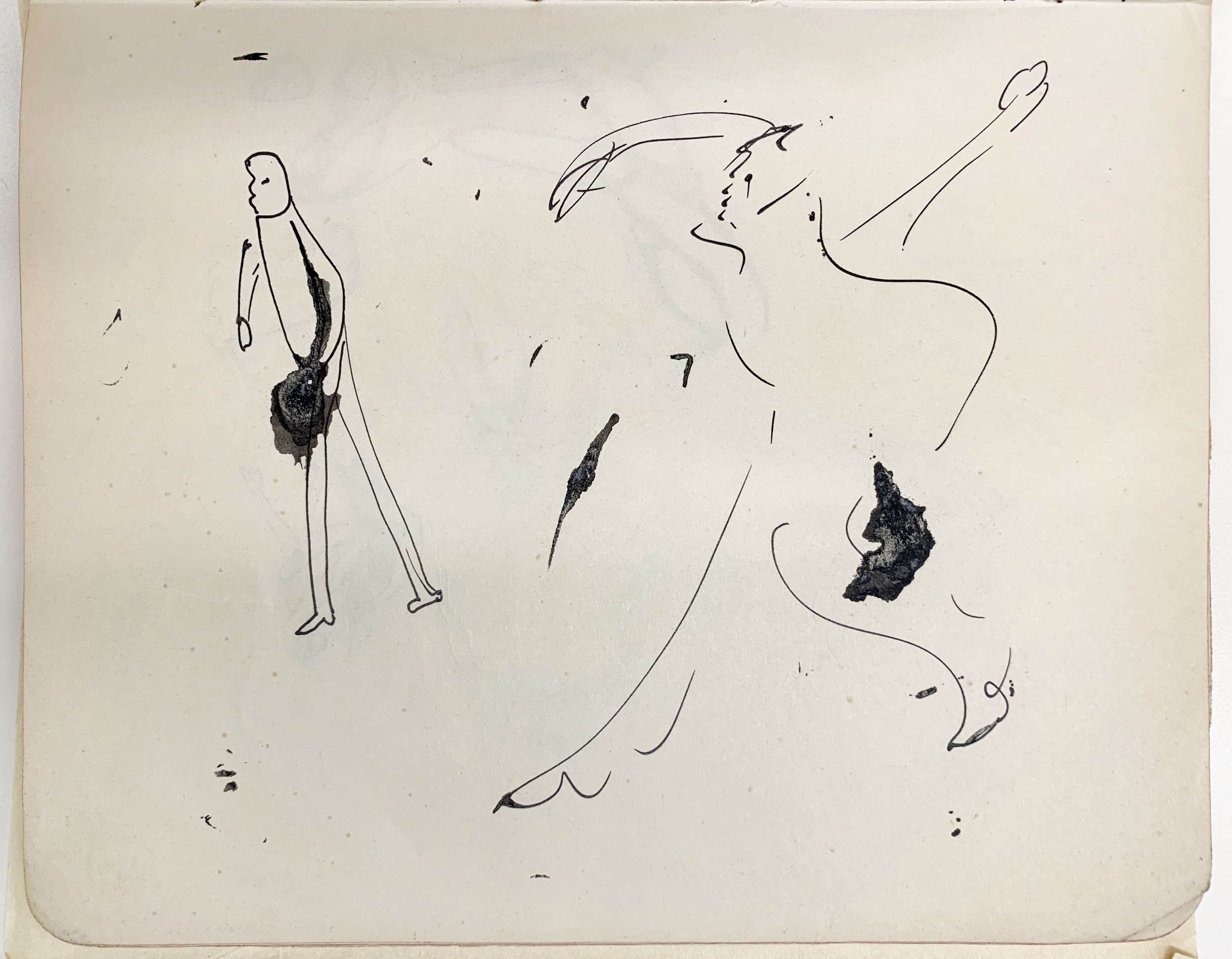 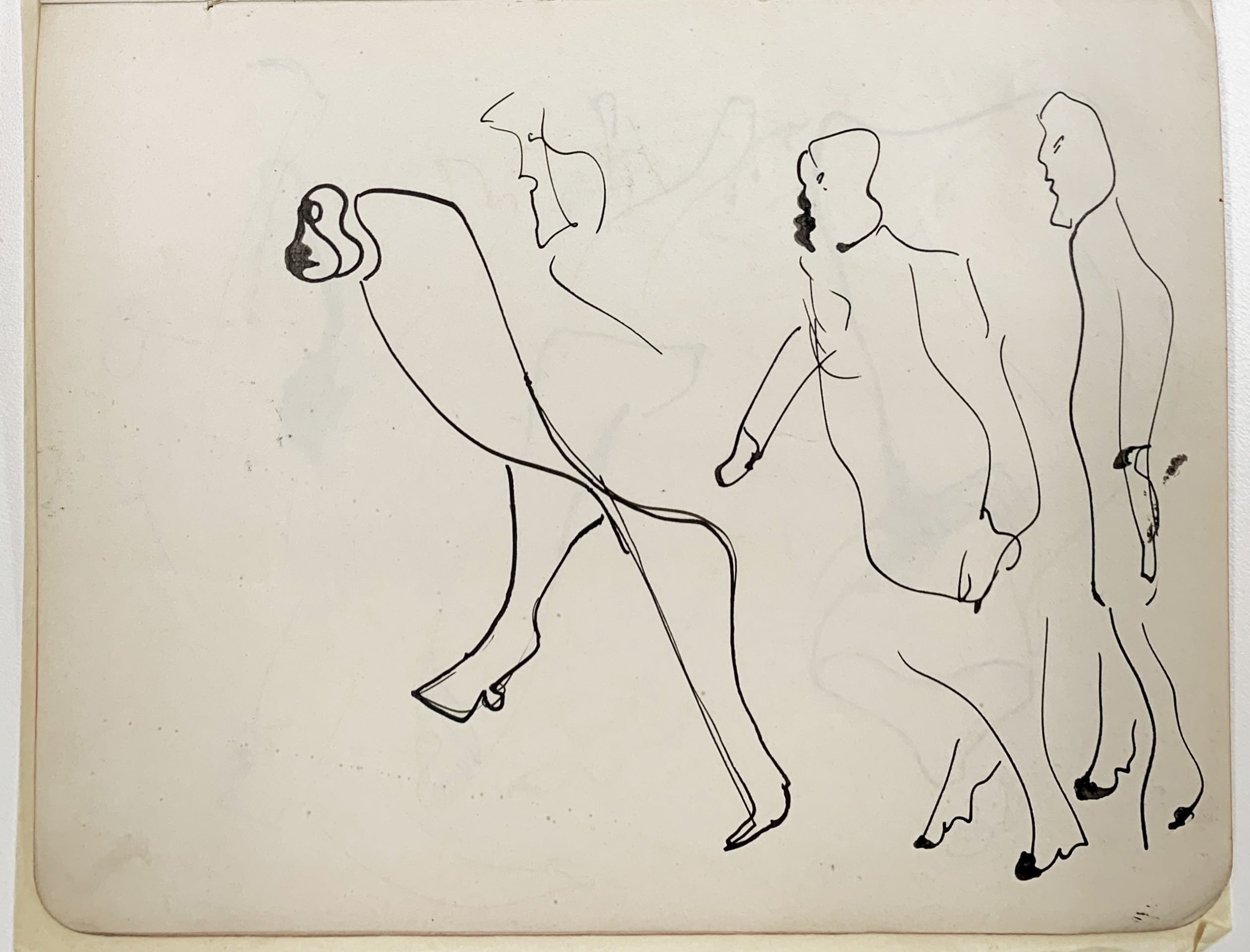 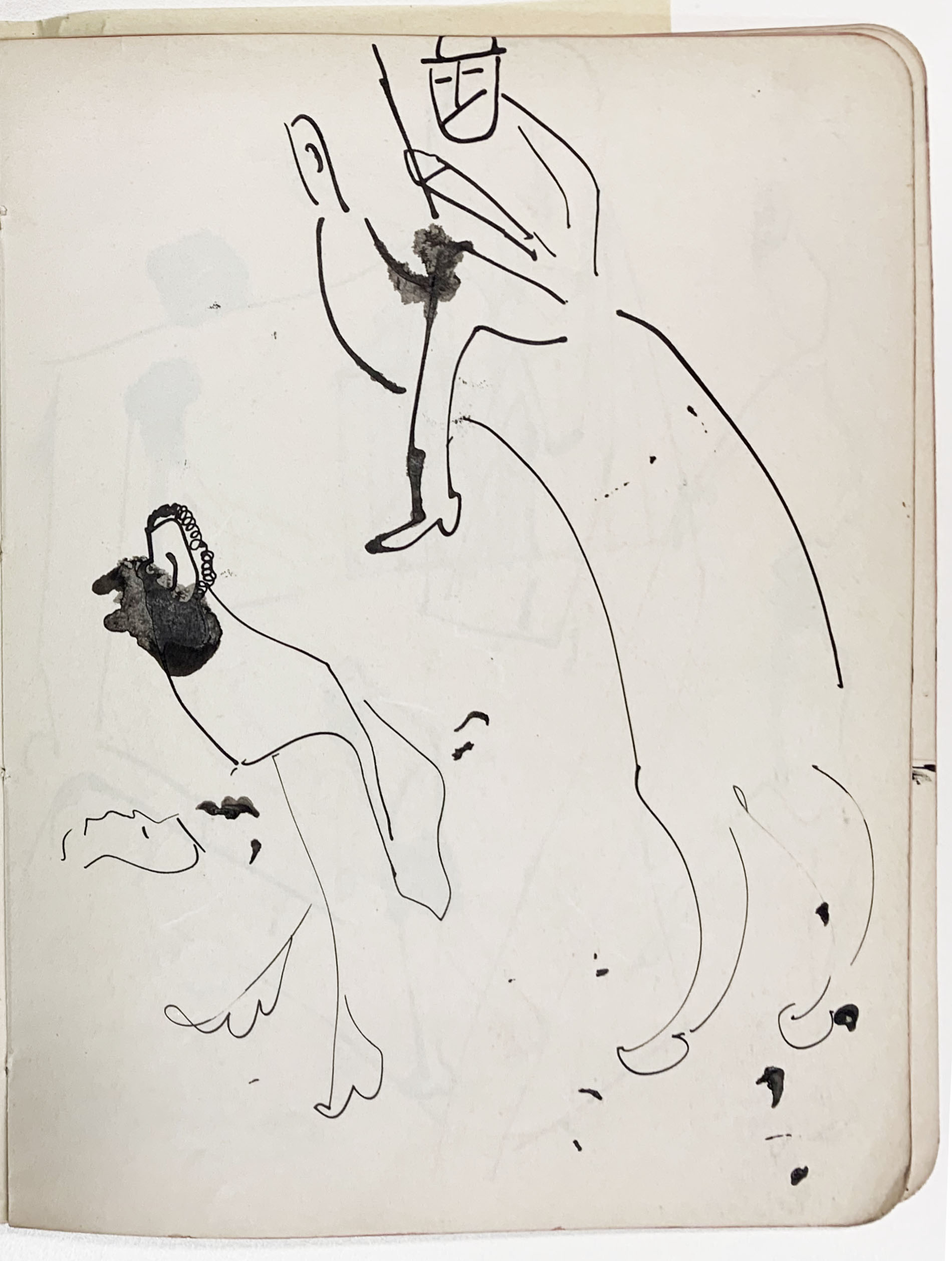 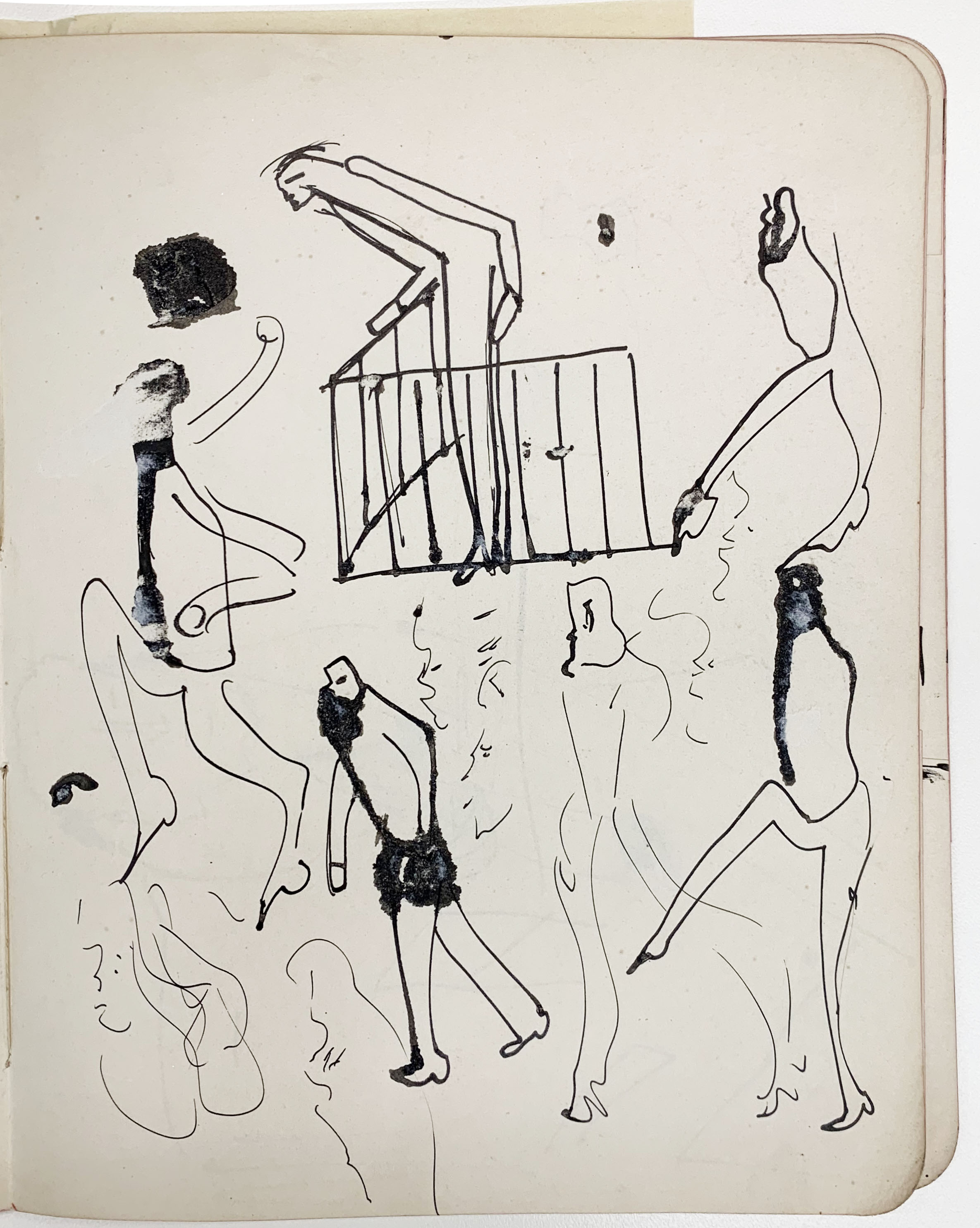 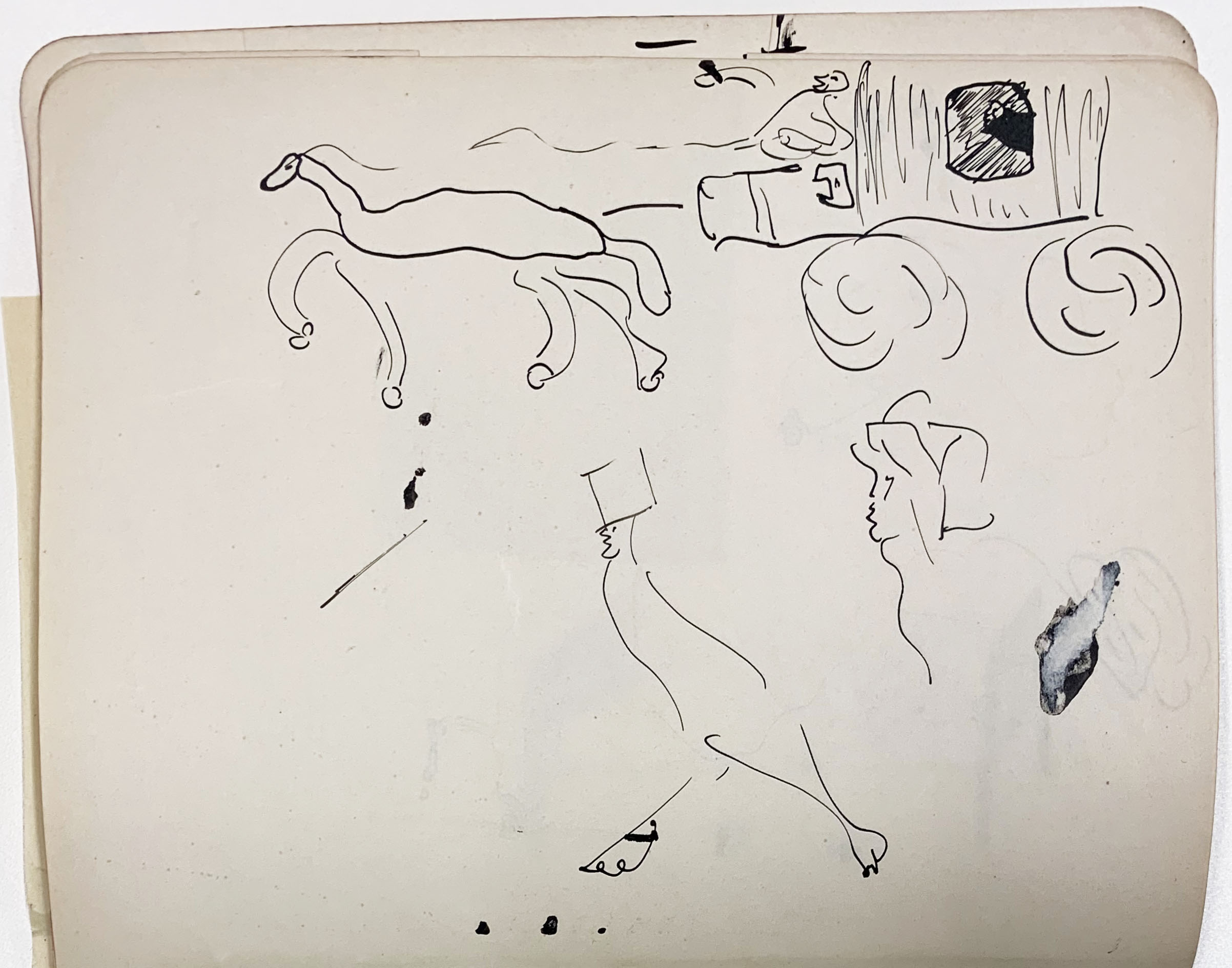 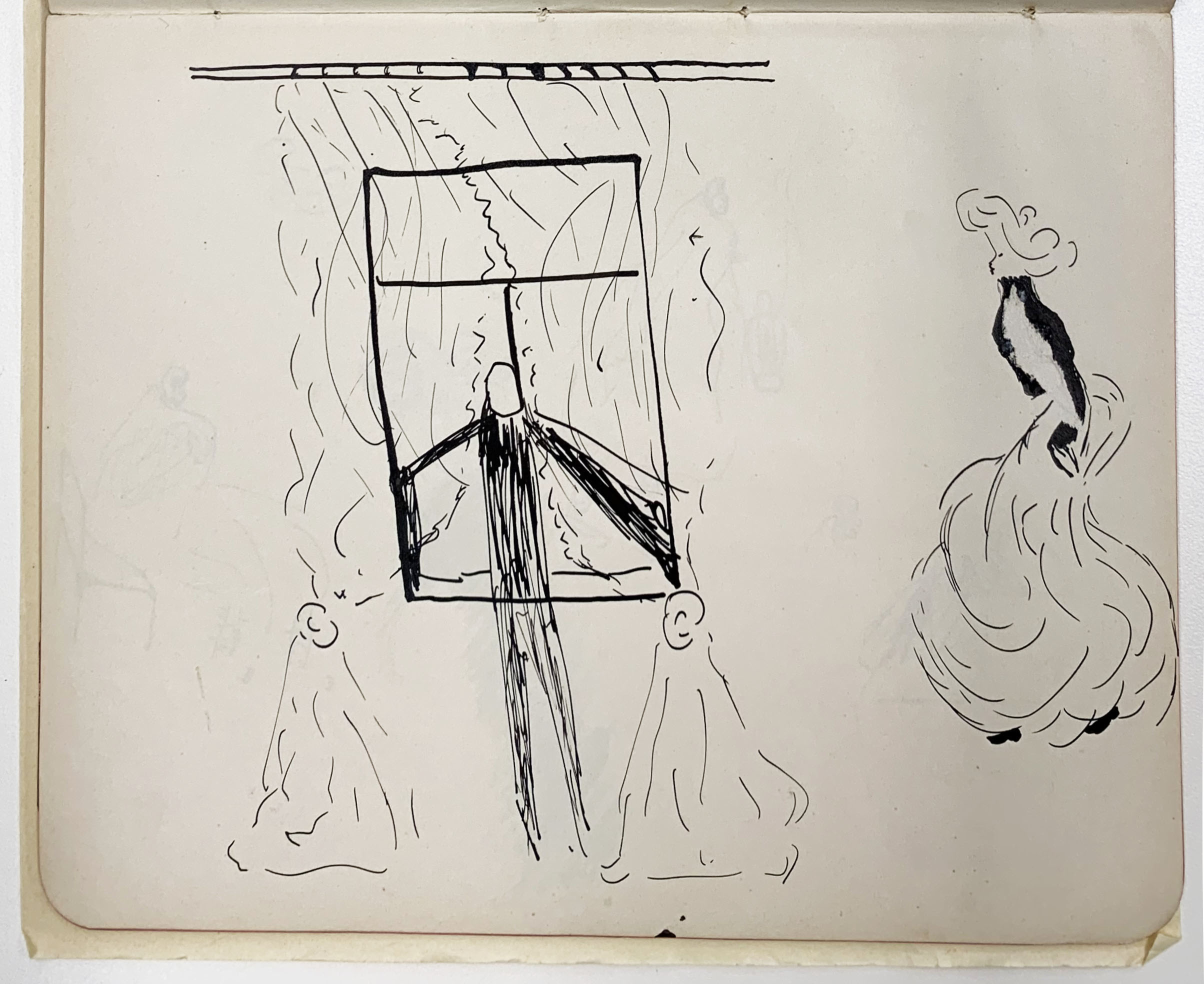 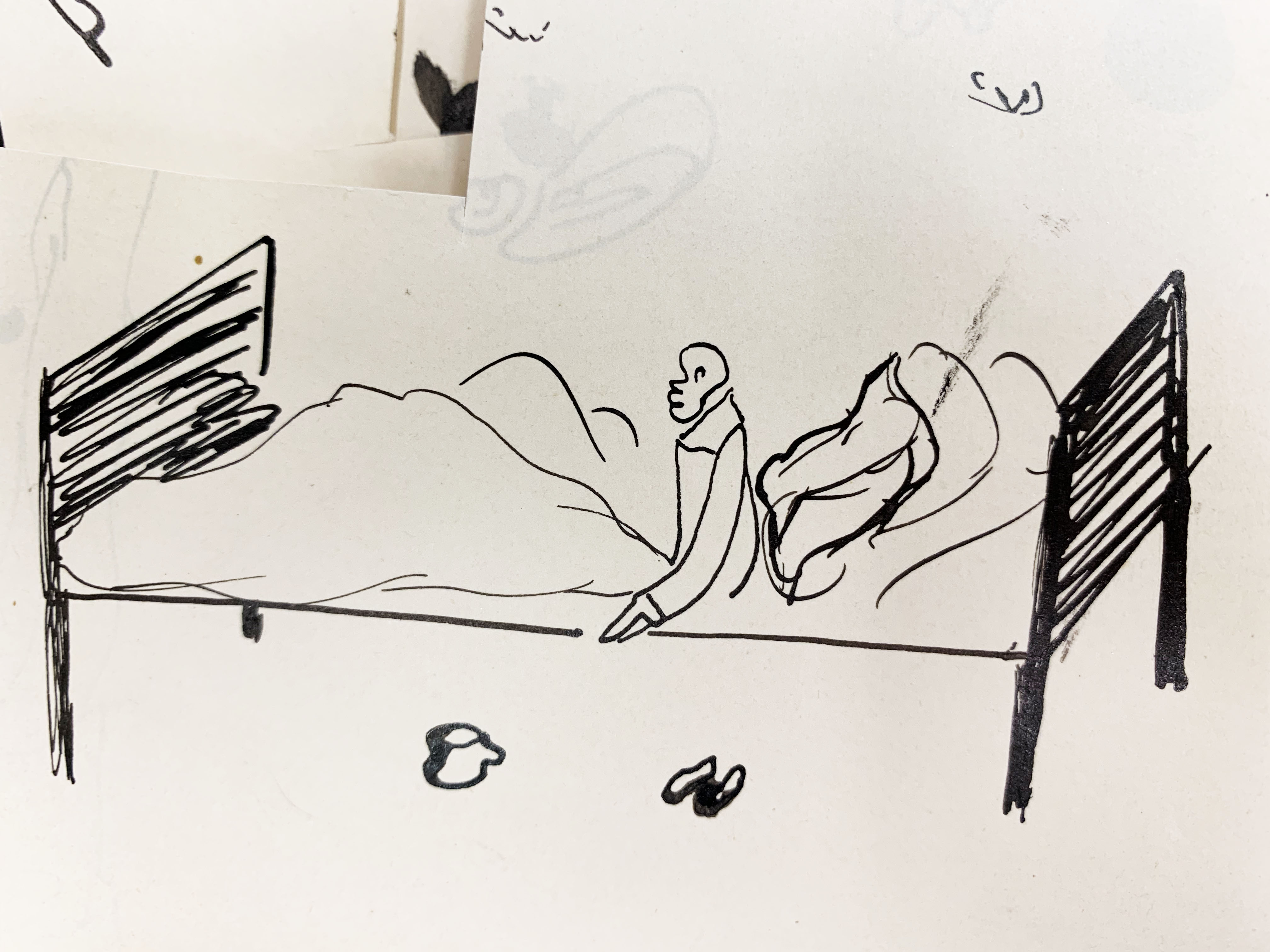 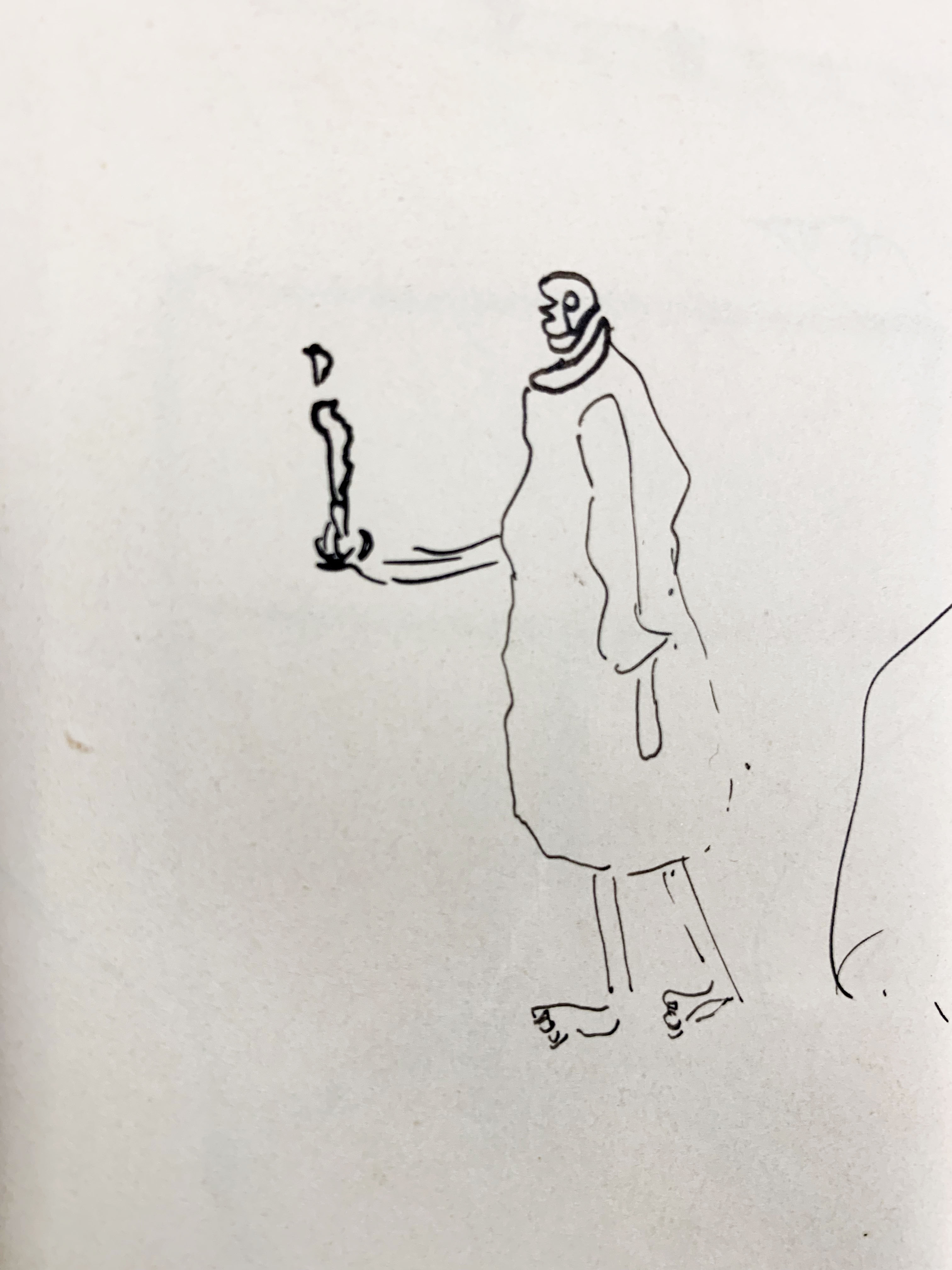 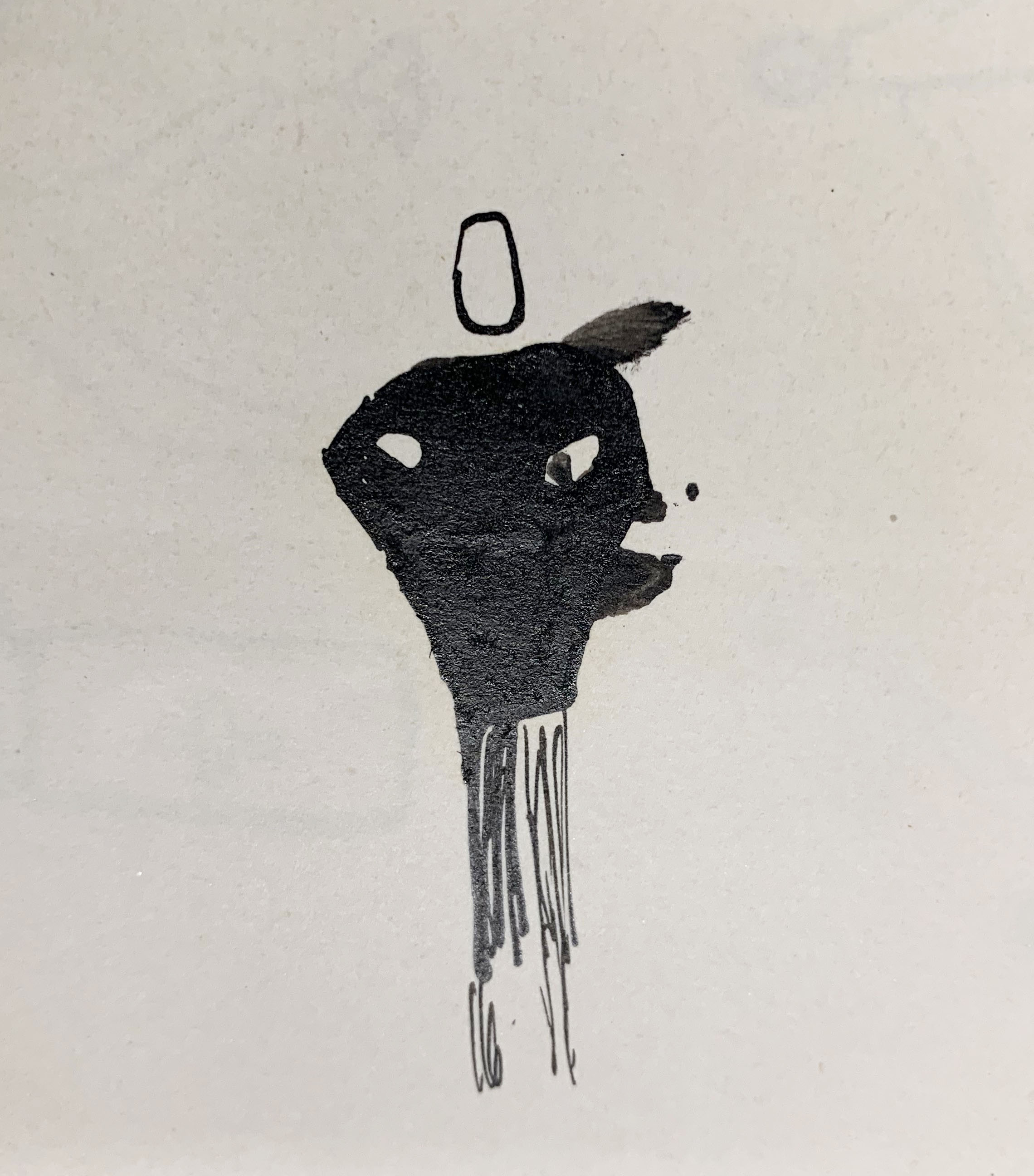