Today, almost all of us carry a smartphone and own a PC or laptop at home, but the earliest computing devices couldn't exactly fit in your pocket… 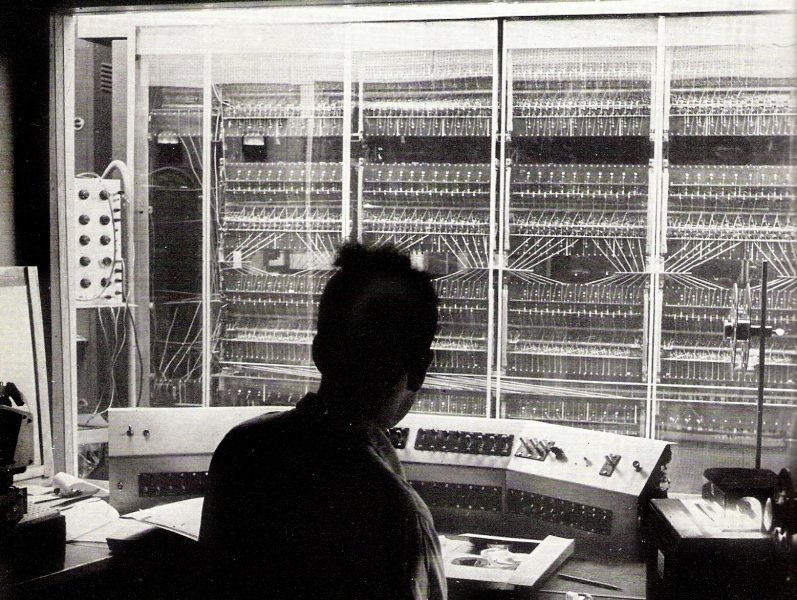 The fact that you’re probably reading this article on your laptop, or even more likely – on your smartphone device – seems so trivial, that most of us don’t even stop to consider how wonderful this is. Generation Z was born into a reality in which texts are read from a screen, and if you want to turn a page – all you have to do is “swipe”. They’re hardly aware of the fact that until recently, in order to “browse”, you actually had to lick the tip of your finger with your tongue, and physically turn the page!

Even for earlier generations, it often seems that touchscreen computers and smartphones have been with us all along, despite the fact that Apple only launched its first iPhone in 2007.

Although computers have existed in human history for a comparatively short time, they have already changed our whole way of thinking, as well as our day-to-day routines.

The WEIZAC started operating in 1955, a mere 7 years after the State of Israel declared its independence, and paved the way for the technological and entrepreneurial culture that Israel is known for to this day.

The man behind WEIZAC was Professor Chaim Leib Pekeris, a pioneer of computer science in Israel, and an Israel Prize laureate in physics, who was born nearly 112 years ago, on June 15th, 1908. Pekeris was a mathematician, a geophysicist, and the founder of the Department of Applied Mathematics at the Weizmann Institute of Science. He passed away on February 24th, 1993.

For six years, WEIZAC was the only operational computer in Israel. A quick search of the National Library of Israel’s JPress-Historical Jewish Press website, reveals newspaper headlines from the period, which informed the public of the activation of a powerful “electronic brain”. It turns out that the State of Israel was already a “start-up nation”, as early as the 1950s! WEIZAC was one of the earliest large-scale stored-program electronic computers in the world, following on the heels of the IAS device built earlier at Princeton University. It was used, among other things, to study global changes in tide, as well as earthquake behavior and numerical analysis. Although WEIZAC was the size of a wall closet, it was more advanced than its older brother from Princeton, with four times the memory, as one of the newspapers proclaimed. It seems that even then, Israelis were good at taking existing inventions and improving on them.

Later on, as is usually the case with technological evolution, the WEIZAC was superseded by GOLEM, a new series of computers (we swear we didn’t make that up) which continued to serve the research needs of the Weizmann Institute and other Israeli research institutes. In 2006, the IEEE (Institute of Electrical and Electronics Engineers) declared WEIZAC “a milestone in the history of electrical engineering and computing”, and awarded the “WEIZAC Medal” to the team who built it.

Chaim Pekeris won quite a few awards and received recognition for his work and contribution to science in Israel and around the world. Among other things, he was awarded the Weizmann Prize for Exact Sciences in 1958, and in 1965, he won the Rothschild Award. In 1974, Columbia University awarded him the Vetlesen Prize and in 1980, he won the Gold Medal of the Royal Astronomical Society. In the same year, he was also awarded the Israel Prize for Physics. A search of his name on the National Library website allows us a glimpse into the wider circles of Pekeris’ life: his prominence in the scientific community on the one hand, and his involvement and relationships with intellectuals from varied fields (S.Y. Agnon, Gershom Scholem…) on the other.

The State of Israel can be proud of its position at the forefront of global technological innovation. Thanks to this legacy which stretches back decades and is based on the contributions and work of people like Chaim Pekeris and many others, our country has come to be known across the world as a start-up nation.

How Israel Overcame the Polio Epidemic of the 1950s