The Man Who Named the First Israeli Car – The Susita

The story of how the first “blue and white” car got its name, and the answer to the age-old question: Do camels really like eating Susitas? 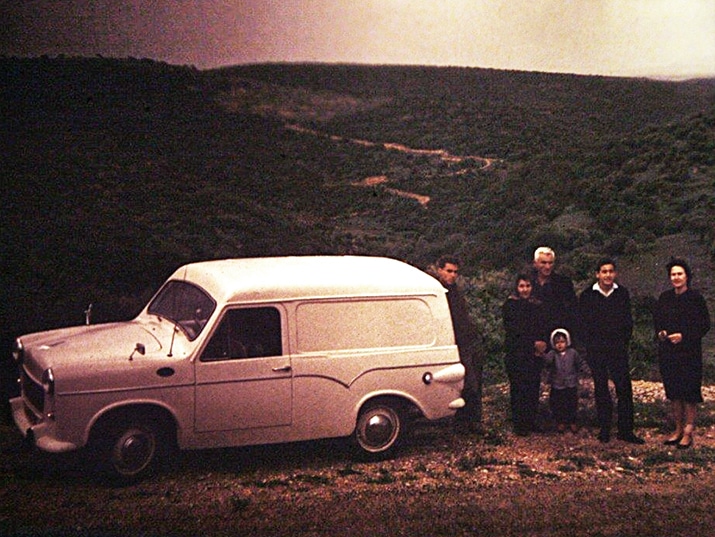 The year was 1959. The pioneer Israeli automobile manufacturer, Autocars, decided to announce the arrival of a new Israeli vehicle to the general public. This was no trivial matter – in the midst of very difficult years for the young state, while many automobile companies around the world were boycotting Israel due to pressure from the Arab world, this “blue and white” vehicle was exciting and important news. The big question was: What should this new Israeli car be called?

In order to market the upcoming release of the new automobile, Autocars turned to the public for help and published an ad in the newspapers: “Name the First Israeli Car.” To seal the deal, prize money was offered for the winner of the campaign.

Like many in Israel, Yosef Shuv, a newly married agriculture student from Rehovot, saw the ad in the paper. His stroke of brilliance came to him while sitting (of all places) on the toilet. “One day I went into the bathroom and said to myself, ‘Okay, this is the moment I come up with the name. It’s now or never,'” he recalls, “and I immediately thought of the names of Israeli historical sites. I thought that an Israeli car should be named for an Israeli place. Susita was an ancient city east of the Sea of Galilee, and I immediately realized that it was an extraordinary name. “

It seems that everyone wanted to be a part of the historic naming of the first Israeli car. No less than 2,355 entries arrived at the Autocars offices in Haifa. And, in the last week of 1959, Shuv was informed that the name he had proposed- “Susita” -was chosen from the thousands of entries. The ancient name incorporates the Hebrew word sus, meaning horse. The city’s name in Greek, Hippos, has the same meaning.

It seems that Shuv was not alone in his moment of brilliance, however. Others had, in fact, proposed the same name. Autocars management therefore held a raffle to decide who would win the actual prize money, and it was here that Shuv’s luck came into play, with his name being selected for the grand prize of 500 Israeli pounds (the currency which preceded the New Israeli Shekel). The prize money was a considerable sum for the newlywed student.

But this was not the end of Yosef Shuv’s relationship with the Susita. When he was informed of his victory, Shuv insisted on seeing the factory for himself to observe how the first Israeli car was manufactured. Later, he fulfilled another dream when – thanks to a large discount from Autocars – he purchased his first Susita.

But alas, Shuv’s Susita didn’t last long and was soon involved in an accident with a flashy Renault. Shuv was unharmed, but his Susita was another story.

By now, he was hooked and the new automobile enthusiast used the insurance money to buy his second Susita.

Later on, he would exchange it for a third – this time the station wagon model.

His children fondly remember the trips to school in the beloved Susita. When the family moved to the United States for a year in 1972, Yosef again parted from his Susita, this time for good.

Aside from naming the Susita, the young student managed to go on to accomplish a few other things in his lifetime. Dr. Ysef Shuv is a world expert and cultivator of Gerbera flowers, and even won the Minister of Agriculture Prize for his work.

Finally, we asked Dr. Shuv the controversial question that has perplexed many when it comes to the legend of the Susita: Was the first Israeli automobile indeed a delicacy for hungry desert-roaming camels? “The myth about camels liking to chew on Susitas is, of course, nonsense,” Shuv answered definitively. As an award-winning agricultural expert, he probably knows what he’s talking about.

Our many thanks to Moran Shuv for her help in preparing this article. You can read the full Hebrew interview Moran held with her father Yosef, here.