In addition to a crown (and a ceramic vase), the queen was the recipient of slander and condemnation. So how was the first Israeli beauty queen, "the typical example of Hebrew beauty", selected? 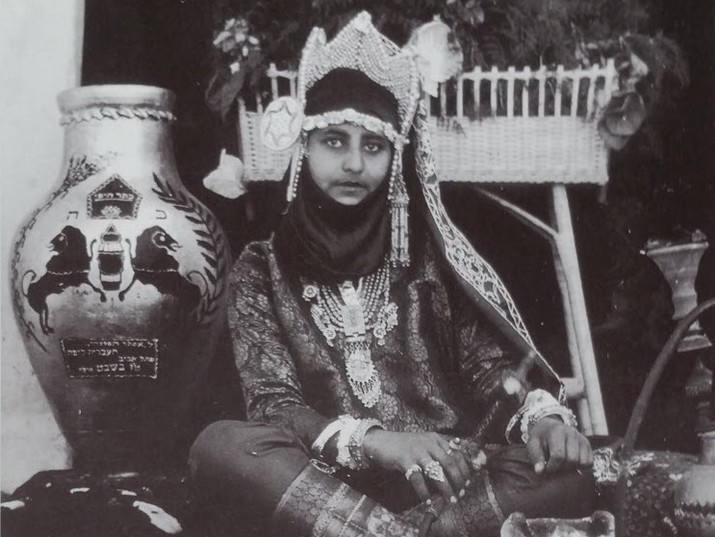 The setting is 1920s Tel Aviv. Baruch Agadati is a well-known cultural figure in the city, and a producer of magnificent Purim balls. Just before the Purim holiday of 1926, Agadati comes up with a new and surprising idea to upgrade his masquerade ball – a beauty pageant! In the spirit of the festival he decides to name the pageant: “Queen Esther’s Election Ball”.

“On January 31st, Baruch Agadati will organize a unique party in the exhibition hall, the likes of which have never been seen before in Tel Aviv. A ‘Queen Esther’ will be chosen for the Purim ball – a typical example of Hebrew beauty from Tel Aviv. Esther will be the queen of the Purim ball and the queen of the procession that will take place in the streets of Tel Aviv on Purim.”

Thus was born the first ever beauty pageant in the Land of Israel! Each entrant was required to present fifty signatures in order to submit her candidacy. The attendees of the Purim ball would ultimately be the ones to vote for and elect the first Queen Esther of the new Hebrew nation.

The contest was further legitimized by a charitable initiative for the good of the homeland: Half of all of the proceeds were to go to the Jewish National Fund.

Who could ask for more?

The first competition was a great success and became part of the Purim tradition for several years after. Each year, a new queen was chosen from a different community – there was a Bukharan Queen Esther and a Yemeni Queen Esther. Agadati hoped to connect the Jewish tradition of Purim and the Megillah with the burgeoning new Hebrew culture – a beauty queen of the Hebrew Yishuv. On the surface it was a perfect idea.

So who was the winner of this first Queen Esther pageant? The title went to a woman named Lyla Tchertkov, who did not even officially register for the competition! She came to the ball as a guest, but the audience immediately fell in love with her, and chose Lyla as their very first Queen Esther.

“She had green eyes that bathed in tenderness, and the hair that crowned her head was black and radiant,” wrote Uri Keisari, a journalist who covered the event.

“She carried her beauty with the special pride of a woman whose steps do not even touch the earthly soil. She was a lady whose supreme laughter could have reshaped the map of the world. She was as beautiful as the sun, beautiful as the world of the Holy One, blessed be He.”

Of course, not everyone fell in love with the idea of a beauty pageant. This was, after all, a Jewish competition, and as they say: “Ask two Jews, get three opinions”. Angry letters were sent to newspapers and defamatory posters were hung in public spaces. Some of the objections were religious, from those who saw the competition as an indecent, secular practice imported from foreign countries. Other protests came from intellectuals who saw the competition as no less than an attack on the morals of Hebrew society.

“Do not forget that the decline of our national honor was caused by the publicity, noise, and excessive celebration that has brought disgrace upon us…” expounded those academic figures who felt that the competition was rooted in immorality.

“Do not forget that we were the source of morality from which the world was nourished! Return to your roots, House of Israel! Remove this shame from your people and your land!”

The critics protested with more than just public posters.

“And what does art have to do with an ‘Election Ball’?…Where every drifter and derelict chooses the prettiest of Tel Aviv’s women to become ‘Queen Esther of the Purim Ball’?” wrote Mr. Z. David in a letter to the editorial board of the Davar newspaper on February 1st, 1926.

“Beauty is a gift to be given by God, not to be elected by popular vote! And fifty percent of the proceeds of the ball given to the Jewish National Fund do not purify it either! Muktzeh is muktzeh!” 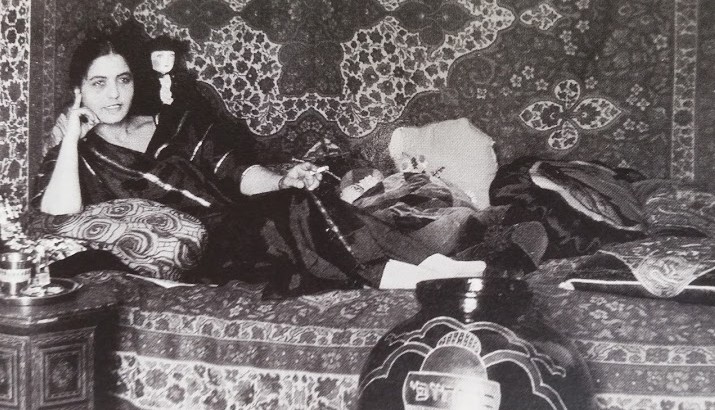 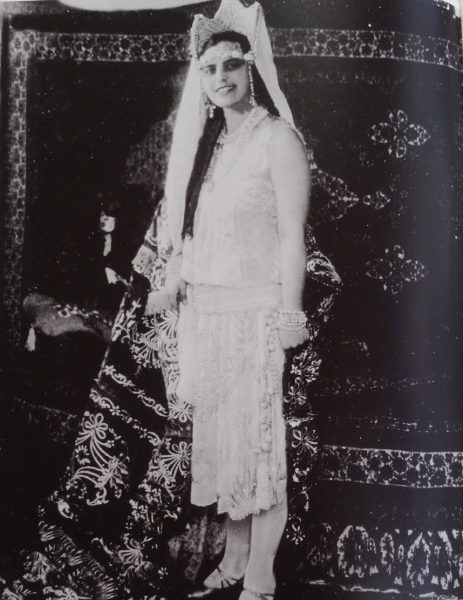 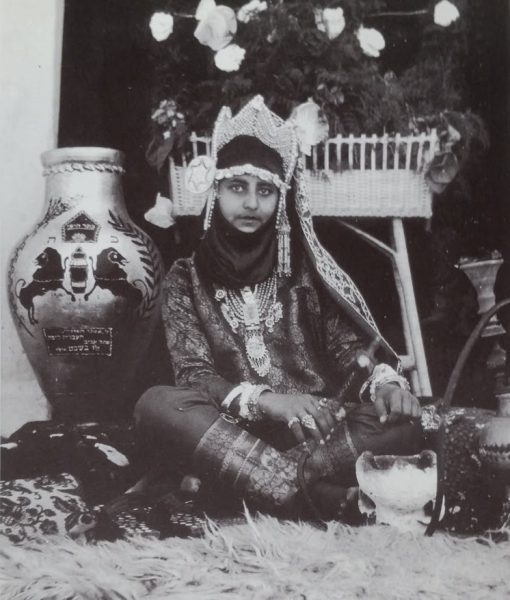 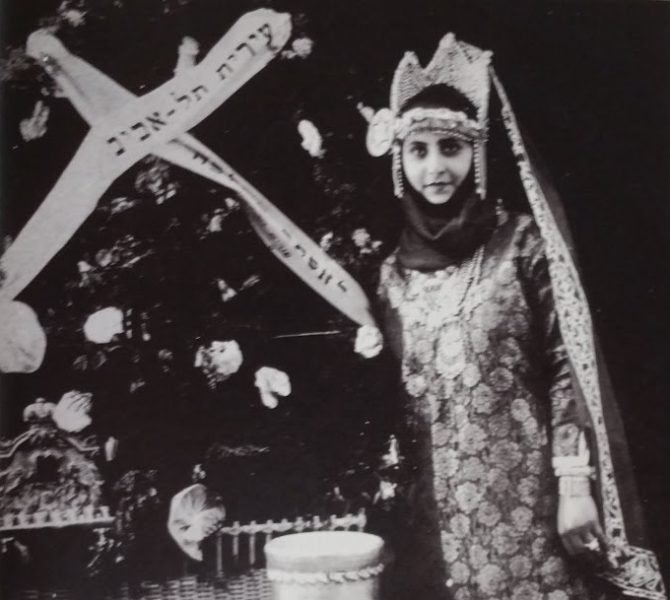 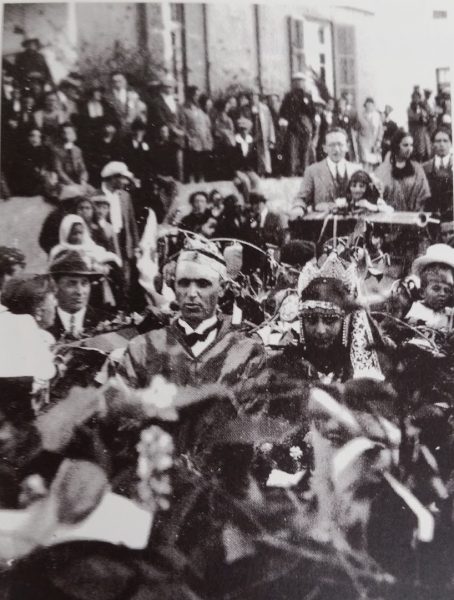 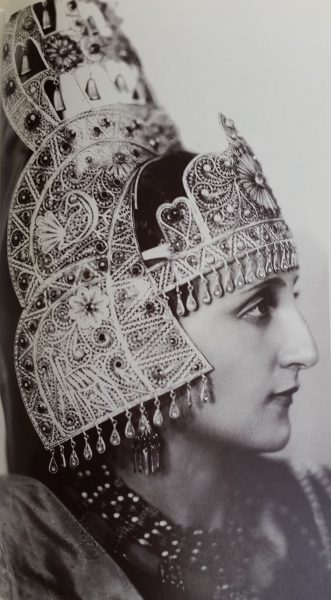 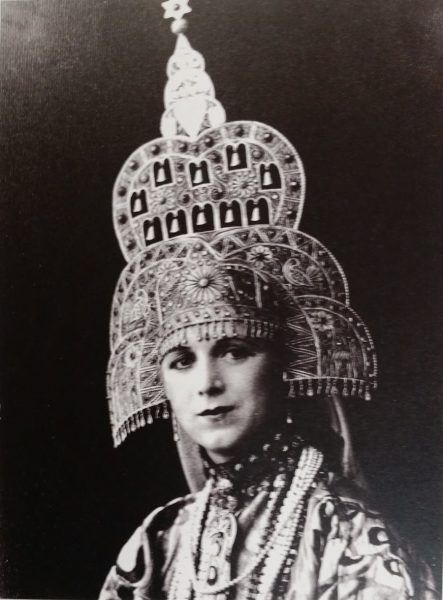 Baruch Agadati, who just wanted to spread a bit of happiness, was offended. He was so insulted that he decided to fight back and defend the integrity of his competition. Several weeks after the first competition, Agadati published a response to the embittered reader, Z. David, under the title ‘To all the moralists’:

“The ‘Queen Esther’ competition I arranged was only a prelude to the next Purim Ball. I hope that the moralists and the good people at Davar and Ha’aretz will not call for a boycott of the Purim Ball as well. I do not think that I have sinned a great sin in this, and I support continuing it in the years to come.”

But the pressure worked and the competition was finally banned in 1930. This led to a response from none other than Queen Esther herself, who issued her own poster in which she defended the competition that bore her name.

“I am ashamed and embarrassed, my people, for I have paid a heavy price. Must I, once again, take up my walking cane and wander off? Will this be the reward for all the good that I have done for my people? No, no I have not accepted this as my fate. For I have loved you so much, and I will receive my suffering with love! “