"My heart tells me,  my hope is strong, that the judges themselves will realize that this is just a false plot made up by those who hate me,  and will set me free" 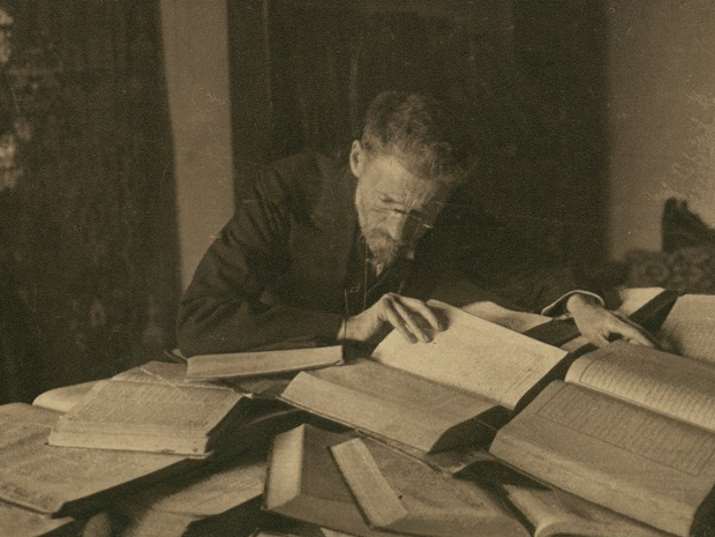 Just before Hanukah, 1893, Shlomo Naftali Hertz Jonas published an article in the newspaper “HaTzvi” titled “Commandments Require Intent” in which, in the spirit of the burgeoning Zionist idea, he called for the celebration of Hanukah as a holiday of Jewish strength. Jonas, Eliezer Ben Yehuda’s father-in-law, closed the article with the words: “gather strength to move forward” (לאסוף חיל ללכת קדימה). Ben Yehuda’s detractors from the Ultra-Orthodox community used this sentence as an excuse to inform on him to the Turkish authorities. The Ultra-Orthodox translated the word חיל  (strength) as “army” and the phrase ללכת קדימה (to move forward) as “to conquer the east”.  Thus, this innocent remark was interpreted as a plot to revolt against the Turks. This was the climax of the feud between the “Old Yishuv” in Jerusalem and Eliezer Ben Yehuda, the driving spirit behind the revival of the Hebrew language. Eliezer Ben Yehuda, the editor of the “Hatzvi”, was arrested as a traitor to the crown and was sentenced to a year in prison.

When he was informed he was going to be sent to prison, Eliezer Ben Yehuda wrote a letter to his son, Itamar.

Exactly 120 years later, while organizing an archive that was received by the National Library, the original letter was discovered:

“Ben Zion, my son, they summoned me to court next Wednesday, apparently regarding the article about the police. Maybe we should confer together about what to do, or maybe it is better, in any case, that you should not be there during the judgment? I am confused. I didn’t know what to do. Your Father”.

Ben Yehuda’s letter to his son set his release in motion. He was released during the Hanukah holiday.

During his incarceration, which lasted about two weeks, Eliezer Ben Yehuda wrote a letter to his second wife, Hemda. This letter is also preserved at the National Library:

“My Hemda, my wife, life of my soul and spirit, tomorrow is judgment day. My heart tells me,  my hope is strong, that the judges themselves will realize that this is just a false plot made up by those who hate me,  and will set me free. I feel like this is my last night in prison, and that by this time tomorrow we will be together in our house.  How I will hug you, my dear girl, how I will kiss you my sweet wife! How pleasant is the prison to me this night, how dear is my prison cell, as I hope to be together with you tomorrow! However, my wife, my dear Hemda, no man can know what tomorrow might bring. The smallest incident could bring about some confusion, some slight delay, and that will be enough to return me to my cell for a few days. We must always anticipate the worst, and be ready to accept the bad bravely, as is fitting for people like ourselves; as is fitting for a woman like you. Therefore, my dear Hemda, with all our hope they we will see each other tomorrow at our house, we should be prepared and ready for the bad. Let our hearts not fall, we will strengthen ourselves with the knowledge that it is due to our regard and labor for our people and for the good of progress that those who hate us blamed us and told falsehoods about us. This knowledge will be sufficient for us to carry and suffer everything with brave hearts and spirits. Therefore, my precious wife, be strong and of a good courage, and know that in your serenity I will also find serenity and in knowing that you will overcome this trouble that has come upon us and that you are healthy, I will also find strength to suffer so that afterwards we will be able to be together and return to our great work for the good of progress like we did before. I will hug you, my lovely girl, and I will kiss you”.