The First American Consul Happened to Have Jerusalem Syndrome

Meet the missionary who declared himself the first American consul in the Land of Israel and waged war on the Christian organizations exploiting the Yishuv. 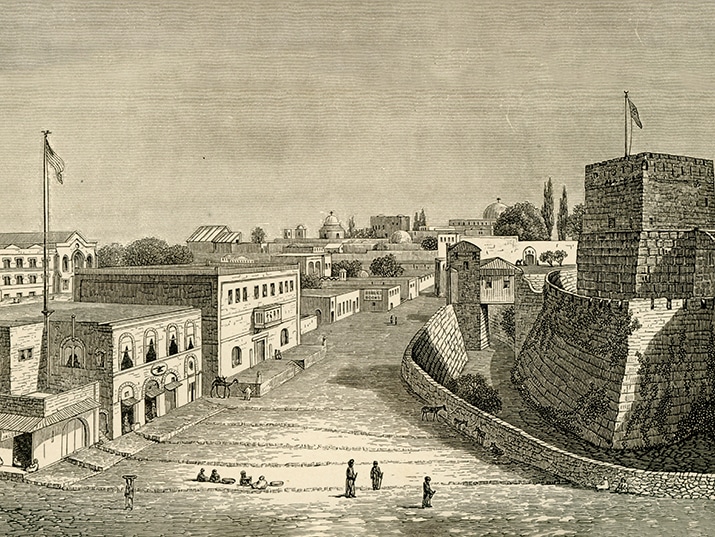 For the residents of Israel and the Middle East as a whole, the American presence in the region is as natural and as expected as the hot sun overhead in the middle of August. In truth, American diplomacy in the Land of Israel was historically random, coincidental, and at its best, it was a big, hot mess.

The true history of American diplomacy in the Land of Israel is a matter of reality being stranger than fiction. No one could be so creative as to have invented a character as colorful, wild, and according to friends and family, of questionable sanity, as Warder Cresson, the man who almost became the first American consul of Jerusalem.

For those paying attention, it was easy to spot the clues that could have foreshadowed the trouble this man would cause. After all, his questionable actions and dubious personality raised eyebrows long before he left America for the mission of a lifetime.

So, who was this “almost consul?”

During the 19th-century, many Christian Americans turned their focus towards the Holy Land. The reasons for this were many, but not least among them was the disappointment of the failed salvation that was promised to them in America. In its place, the Christians looked towards the original salvation promised in historical Israel.

One of the new beliefs preached in the revival faith that swept through America at that time was the idea that, in order for Christendom to flourish and for Jesus to return and save all of humanity, the Jews must return to their historical homeland. It was this belief that burned within Warder Cresson, a farmer from Philadelphia who came from a Messianic Quaker family.

Cresson believed so strongly in the return of the Jews to their homeland that he decided to make it his life’s mission. Through acquaintances who knew John Calhoun, the Secretary of State at the time, Cresson asked to made consul of Jerusalem. In 1844, Calhoun agreed, and indeed, Cresson became the first person to hold the position as American consul (it only helped that Cresson offered to do the work without pay).

Rumors of his eccentric nature and his not-so-secret ulterior motives made his appointment rather controversial. With the cards stacked against him, the Ottoman officials, the authority over Jerusalem at the time, did not approve of Cresson’s appointment and he was barred from holding the position.

That, of course, did not stop Cresson. While the position was hotly debated in the upper echelons of American diplomacy, Cresson arrived in Jerusalem, planted the American flag, and declared himself the American Consul of Jerusalem.

Though it was originally feared that Cresson’s missionary motives would stir up trouble, he instead declared war on the Christian missions that were exploiting the poor Jews, writing up pamphlets and articles and signing them with the pseudonym “Michael Boaz Israel.”

Every time the Ottoman authorities or American diplomats told Cresson he had no authority in Jerusalem, he steadfastly ignored their claims. He himself claimed that the position was creating a huge expenditure on his part and he wasn’t even receiving a salary. He was adamant that all he wanted was protection for himself and the poor persecuted Jews.

This sense of duty became a sense of identity- to the extent that Cresson converted to Judaism. Four years after his initial appointment Cresson converted and took on his new name, the pseudonym he used on his pamphlets, and officially became Michael Boaz Israel. To justify his unconventional decision he began writing the book, “The Key of David: David the True Messiah” in 1848.

When he returned to America following his conversion to settle his financials, his arrival caused an uproar when his ex-wife, son and brother had an injunction issued by the Philadelphia court declaring Cresson insane and incapable of handling his assets.

The trial was heavily covered in the media as it included an indictment, a declaration of insanity and an appeal that Cresson eventually won.  Cresson ended up leaving most of his property to his family and returned to Jerusalem in 1852.

Upon his return, Cresson, or Boaz, worked in the building of the Jewish Yishuv in Jaffa and Emek-Refaim in Jerusalem. His goal was to reduce the dependency of the Jews on Christian charities in the hopes of making the Jewish Yishuv as self-sufficient as possible for he knew the Christian institutions were mainly interested in converting the Jews away from the true religion.

He made a new life for himself in Israel and became a prominent leader in the community, living the life of a prominent Jew. He remarried a woman name Rachel Moledano and had three children, Abigail, Ruth and David Ben-Zion, all of whom died young. Following his death in 1860, he was buried on the Mount of Olives. 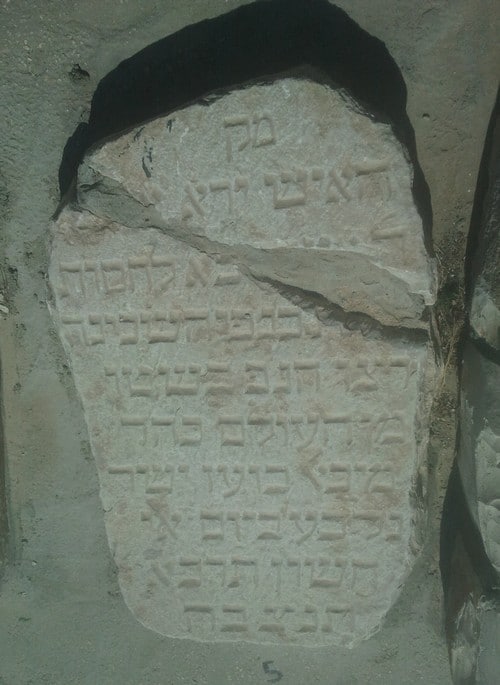