Zipporah Rosenfeld, a fighter and a mother, faced an impossible dilemma: family or country? 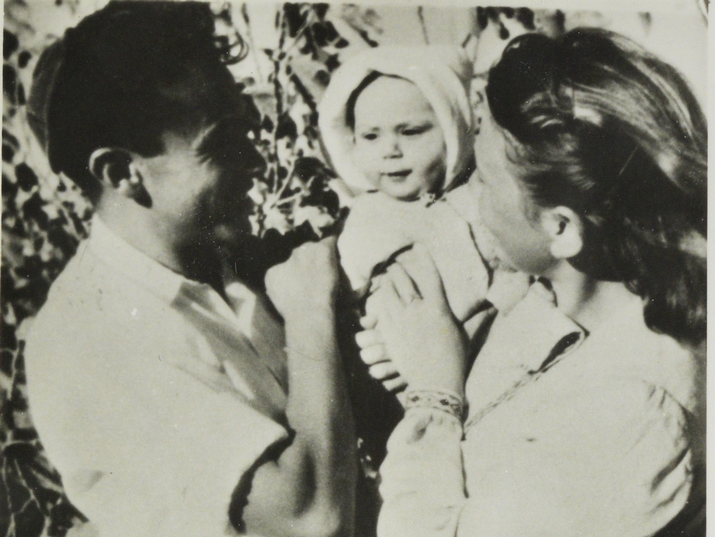 Zipporah Rosenfeld immigrated to Israel from Europe as a survivor of the Holocaust. Like many of her generation who lived in the shadow of the catastrophe, Zipporah felt a sense of urgency to start her own family. She had met her husband Yehiel while still in Europe. After the war, the coupled decided to immigrate to Palestine and settle in Gush Etzion (the “Etzion Bloc”, in English), a cluster of settlements in the West Bank, south of Jerusalem. Their first child, Yossi, was born there. Despite the Etzion Bloc’s location in the midst of a hostile Arab population, its Jewish residents felt they had found a place they could call home. Over time, they began to develop economic ties and a life of co-existence with the neighboring Arab villages.

The Partition Plan put an end to all that. According to the border plan, Gush Etzion would remain outside the borders of the Jewish state. Yet, even with the sweeping approval of the plan by most of the member states of the United Nations, the Palestinian representatives and the Arab countries made clear they were willing to fight with any means at their disposal in order to prevent the partition plan from being implemented.

Over the years, there have been quite a few grievances aired surrounding the representation of the National Religious sector in the context of commemoration of Israel’s War of Independence. However, the group whose story has been suppressed perhaps more than any other is that of the religious Zionist women who bore the burden of caring for the children during wartime, with many risking (and sometimes even forfeiting) their lives in defense of their homeland.

The Women of Religious Zionism and the Building of the Nation

Even before the war, National Religious women, including the women of Gush Etzion, took an active part in the building of the country. It was a significant departure from the traditional conception of the role of the religious Jewish woman. The women of Gush Etzion, like many National Religious women, welcomed their new responsibilities in building the nation. During the period of calm before the war, the women of the Gush trained and took up defensive positions when the men were out patrolling the surrounding area.

However, with the outbreak of fighting and the Arab Legion’s attack on Gush Etzion, most of the mothers and children were evacuated.

The female fighters who remained were all unmarried, with the exception of two, one of whom was eventually evacuated before the fall of the Gush. Zipporah Rosenfeld, the only mother who stayed behind to help in the defense of her home, was caught in a terrible dilemma.

When the fighting began, she hurried to send her only son Yossi along with the other evacuees from the Gush. She chose to remain with her husband and protect her home with her own body. Almost to the end, Zipporah debated whether to leave and join her little boy or stay and fight. “We left the decision until the ambulances arrived. I’m torn. I must decide between my duty as a mother and my obligation to my fellow members under siege” (Lilach Rosenberg-Friedman, Revolutionaries against Their Will, 324 [Hebrew]). As one of the fighters, she saw with her own eyes the severe shortage of people able to use a rifle, and therefore decided to delay her evacuation. Eventually, the siege by the Arab Legion prevented the possibility of evacuation and Zipporah and her husband Yehiel were killed in the final battle of the Etzion Bloc.

Along with Zipporah and Yehiel, another 127 soldiers were killed in the last and most difficult battle over Gush Etzion, which took place on May 13, 1948. Among the fatalities were twenty-two women, the highest number of female fatalities in a single battle in all of Israel’s wars. Dozens of women from across the Etzion Bloc were taken captive by the Jordanian Legion. They were taken with the remaining men to Umm al Jamal, a prisoner-of-war camp on the eastern side of the Jordan River. The women were released six weeks later, while the men only returned to the territory of the fledgling state nine months after being captured. 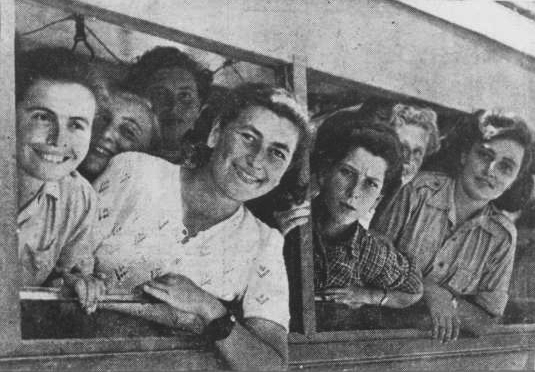 Our collective national memory of the War of Independence reserves a place of honor for secular female fighters who sacrificed their lives for the nation. It is worth asking: What of the memory of the religious female fighters of the War of Independence? Why has the memory of fighting women — women like Zipporah Rosenfeld, who contributed equally to the war effort and who helped to strengthen the morale of the fighters on the battlefield—been relegated to the shadows? The pressing need for armed combatants in the period when the young state fought for its existence justified the enlistment of female fighters from the National Religious sector. The participation of women in battle did not stem from a change in the National Religious perception of the proper role of women in society, but from necessity. Indeed, immediately following the war, the leadership of the National Religious sector exerted heavy pressure to exempt religious women from army service.

The children of Gush Etzion’s founding generation, like Yossi Ron, the son of Zipporah and Yehiel – most of whom were evacuated with the outbreak of fighting – have been working for years to correct this historical bias and to remind all of us—the National Religious sector and the Israeli public in general—of the worthiness of remembering and cherishing the memory of the religious female fighters and those who fell in battle.

Visit Archive Network Israel and find over a million historic photographs, manuscripts, documents, recordings and videos that tell the story of the State of Israel.