How Israel Overcame the Polio Epidemic of the 1950s

In 1953, Dr. Jonas Edward Salk announced the encouraging results of his experiments with a new drug in the battle against polio, but he would soon meet resistance… 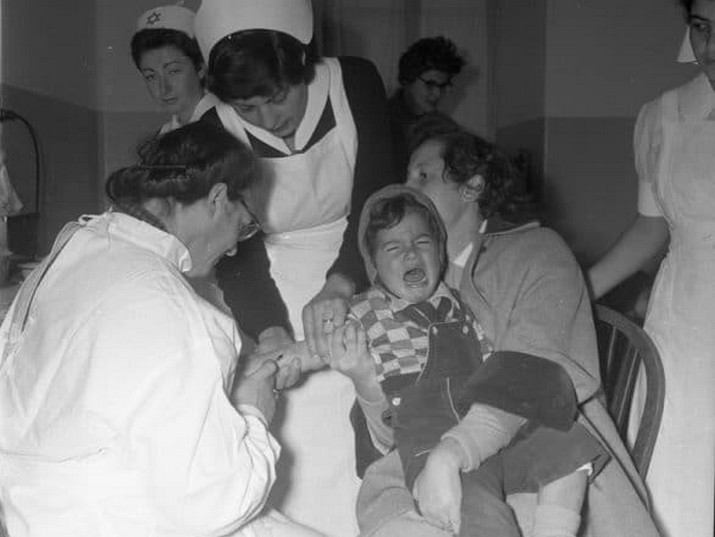 Children afflicted with polio are treated at the Tzrifin army base during a visit by Hadassah representatives and Israeli police officers, 1954, the Eddie Hirschbein Collection

In 1921, during a family vacation, Franklin Delano Roosevelt began developing alarming medical symptoms. At first, the 39-year-old attorney began suffering from debilitating back pains. After that, he experienced nausea and uncontrollable tremors, as well as a burning fever. He was bedridden for weeks. From day to day, he felt he was gradually losing the ability to move his feet. The doctor called to the scene provided a diagnosis that would accompany Roosevelt for the rest of his life: a severe case of polio, a disease that ravaged the entire East Coast of the United States during that fatal summer.

Although the future President of the United States was perhaps the most famous victim of polio in history, this disease had been plaguing humanity for thousands of years. First identified in 1789, it wasn’t until the twentieth century – when repeated polio outbreaks claimed thousands of victims – that a Jewish-American physician named Jonas Salk managed to develop the first-ever vaccine for the devastating virus.

In 1953, Dr. Jonas Edward Salk published a radio-advertisement announcing the encouraging results of his experiments with a new drug, which he hoped could soon be developed into an effective vaccine for polio.

But after publishing his results, Salk’s work was met with derision and ridicule. His idea of injecting the “killed” polio virus (as opposed to simply weakened strains) into the bodies of children and adults initially seemed too bold – it was believed to be impossible to implement. Many doctors and researchers were quick to declare that the tailor’s son from Manhattan was nothing but an over-enthusiastic young scientist at best, a charlatan and crook at worst.

Salk chose to ignore the criticism. He felt that he couldn’t convey the significance of the vaccine using the conventional method – publishing his results in academic papers in order to convince the scientific community of the validity of his theories. Instead, Salk worked six days a week, 16 hours a day, to put his theories into practice. As he neared the breakthrough he’d hoped for, he searched for funding for the clinical trials that would prove his daring theory.

Although two of his employees in the lab resigned in protest at the “feverish and unreasonable pace” of the experiments, Salk was intent on beginning tests on human patients as quickly as possible. By the end of 1953, more than 7,000 children had received the vaccine. The experiment was beyond successful. After another two million children were vaccinated in one of the largest clinical trials in history, Salk was given permission to inform the American public that he had found a way to overcome the horrible disease. He added that he and his lab were giving up all patent rights – the vaccine they had been working on for years would remain in the public domain.

This was just the news the young state of Israel was waiting for.

The news regarding the polio vaccine soon reached Israel and caused much excitement among its concerned citizens. In the summer of 1950, there was a severe outbreak of polio in Israel. Over one thousand children were hospitalized. Many suffered from paralysis, which was one of the most frightening symptoms of the disease. Parents ordered their children to stay at home, summer-camps were shut down, and the Ministry of Health forbade children under the age of ten (the most at-risk age group) from entering various recreational venues and places of business. 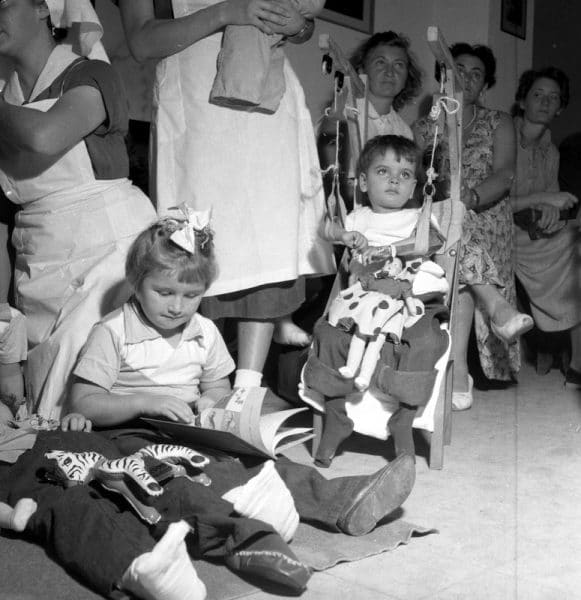 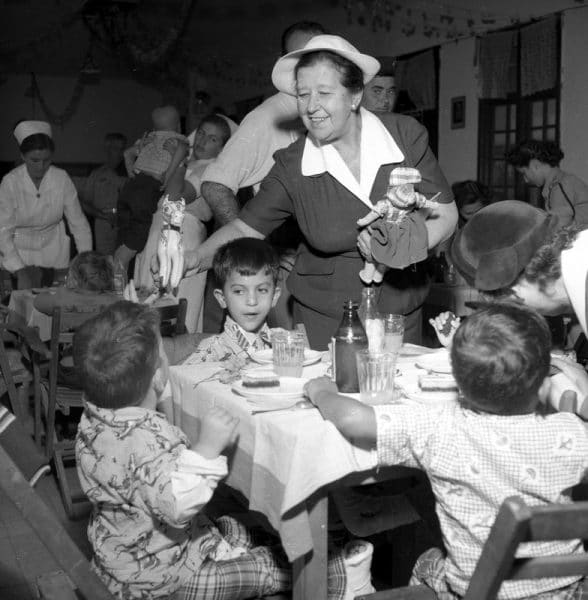 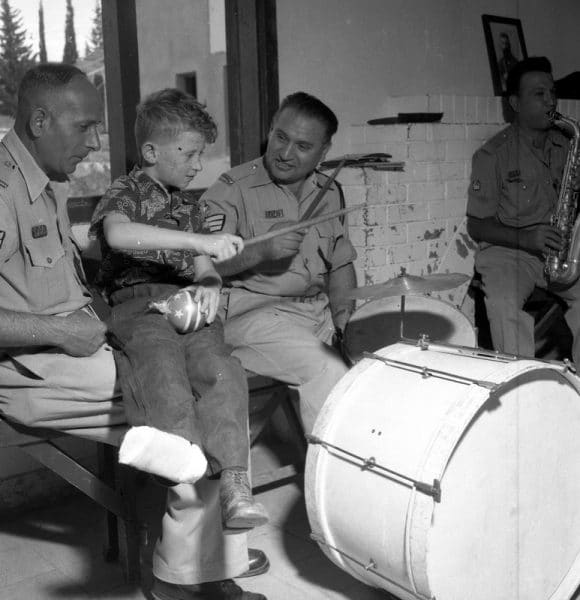 At first, the Israeli government tried to buy the vaccine directly from the US, but public outcry prevented it. Many parents claimed it made no sense for the US government to sell vaccines to foreign countries when not all American children had been vaccinated. Therefore, Dr. Natan Goldblum was appointed to produce the vaccine locally in Israel, based on Salk’s methodology. Together with Prof. Tamar Gottlieb, the two doctors recruited a team and set up their laboratory in Jaffa. 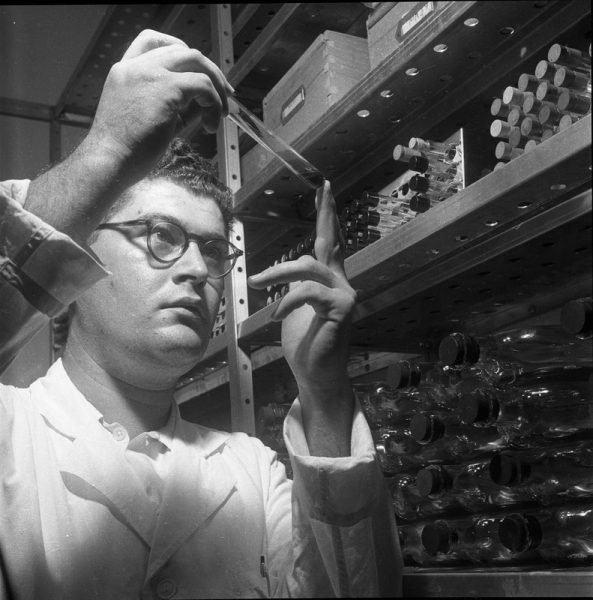 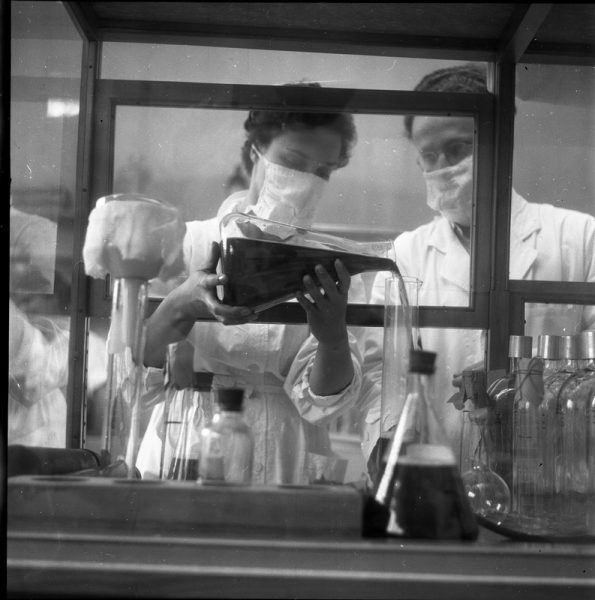 One year later, the vaccine was ready, and by January 1957, the mass-scale vaccination of Israel’s population was underway.

More often than not, when invited on honorary visits abroad, Dr. Salk declined. But when he was invited to Israel in 1959 for an official visit, he agreed and explained that the reason for his consent was his deep affection for the people and state of Israel. The doctor added that “what is being done in Israel is both profound and exalted. And I think the Israelis understand this, because they are the ones carrying out a revolution in the lives of the Jewish people.” In Israel, the good doctor was greeted with the respect and honor worthy of heads of state. He met with Prime Minister David Ben-Gurion, from whom he received a certificate of appreciation on behalf of the State of Israel and the Jewish people.

If you liked this article, try these: The Last Resort: The Man Who Saved the World from Two Pandemics When Israelis Stood in Line for Rations Water vs. Corona? Don’t Try This at Home!