The Prophet of Abstraction and the Master of Light in Darkness: George Steiner and Gershom Scholem 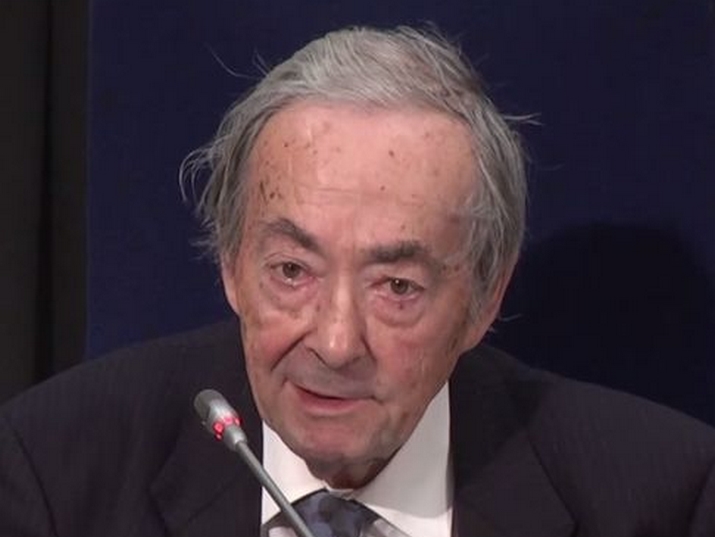 George Steiner in 2013, image courtesy of the Nexus Institute

The philosopher and literary critic George Steiner, who passed away this week, was, like many Jewish intellectuals of the 20th century, enamored of Gershom Scholem and his scholarship. Moshe Idel, in a chapter on Steiner in his 2010 book Old Worlds, New Mirrors: On Jewish Mysticism and Twentieth-Century Jewish Thought referred to him as “A Prophet of Abstraction” and addressed the influence of Scholem’s scholarship on his somewhat pessimistic worldview. Idel connects this worldview with Steiner’s fierce criticism of the Zionist project and of the State of Israel.

Steiner himself, in a Jan. 22, 1990 review of the volume of correspondence between Scholem and Walter Benjamin in the New Yorker Magazine had much to say about both Scholem’s scholarship (“Scholem revolutionized the study of Judaism by his philological-editorial investigations of extreme esoterica”) – and his Zionism – (“For Scholem, the messianic…was inseparable from a material, historically grounded homecoming to Israel”).

Addressing his relationship with Scholem, Steiner had this to say:

“Paradoxically, Scholem’s immersion in religious mysticism originated in a deeply ironical, skeptical world view. I had the testing privilege of knowing Scholem in his later years, of seeing him in Jerusalem, Zurich, and New York. I cannot even begin to venture an informed guess as to whether this inspired expositor of the Cabalistic meditation on the self-divisions of the Divine Oneness…believed or did not believe in God [Actually Scholem wrote more than once that he had always believed in God and therefore could not be considered as “secular”]. The quizzicalities in Scholem’s smile and the hints of deep-lying Voltairean merriment were legion”.

In Scholem’s library, there are several of Steiner’s books, two of which contain dedications from the author.

In one of them, After Babel: Aspects of Language and Translation, Steiner addresses Scholem as the “Master of Light in Darkness”.

In Idel’s words. “Drawing on Kafka, Freud and Scholem, Steiner tries…to offer, as Harold Bloom has pointed out, a new Torah”. Kafka also looms large in Steiner’s review of the Scholem-Benjamin correspondence (as well as in Idel’s analysis of Scholem in Old Worlds, New Mirrors). Can pessimism, abstractions darkness and light create a “new Torah”? We will leave that for the reader to decide.