Erzsébet Simon faced extreme anti-Semitism despite the glory she brought to her homeland. 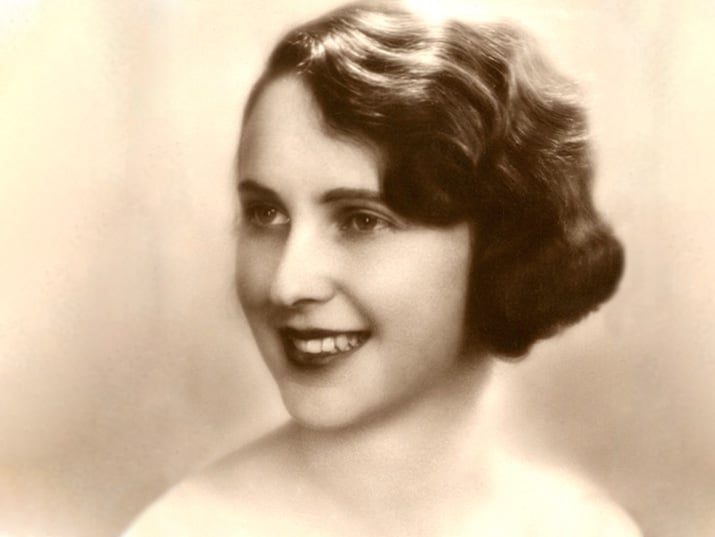 With the conclusion of the First World War and the signing of the Treaty of Trianon, Hungary underwent a period of extreme instability and political unrest.  The Austro-Hungarian Empire was dissolved and Hungary was reborn as an independent republic, bringing about a period of tremendous upheaval. The country struggled politically, economically and culturally to rebuild and regain its status and position among its neighbors. After years of dramatic changes, in 1929, Hungary finally enjoyed a taste of normalcy, hosting the first-ever Miss Hungary beauty pageant with the hopes that, after years of ugly political unrest, the nation could return to its former beauty.

There was a spark of excitement in the air as the competition kicked off on January 6, 1929. Two hundred and eighteen candidates stepped forward to compete in the first ever nation-wide beauty competition to take place in the country. Among the crowd of beauty queens stood Erzsébet (Elisabeth) “Böske” Simon, a young Jewish girl born in 1909 to Sándor Simon, a prominent man and the chief physician of their small town of Keszthely. Böske took to the stage and immediately captured the spotlight, standing out from the crowd of contestants with her bright blue eyes and striking blonde hair that made up her classic beauty. She quickly rose to the top of the competition, winning the hearts of the audience and the judges. Erzsébet Simon was crowned Miss Hungary and declared to be the most beautiful girl in the country.

Along with the glory and honor that came with winning the top prize in her homeland, the crown of Miss Hungary granted Böske entry into the Miss Europe pageant. She traveled from Hungary to Paris where, on February 18, 1929, she competed against sixteen other beauty queens from across the continent. Fighting against the odds, the most beautiful girl in Hungary was crowned the most beautiful girl in Europe. Hungary returned to center stage with Böske bringing great honor to her country. She was congratulated by the highest of society in France and was showered with praise by the President of the French Republic, artists, celebrities and diplomats.

A month after taking the crown of Europe, Simon finally returned home from Paris. She was greeted by cheering crowds as thousands came out to see her and celebrate her triumph in the name of Hungary. She was congratulated by the Mayor of Budapest who thanked her for sharing her beauty and reclaiming the glory of her nation from its opponents in the Great War.

Unfortunately for Böske, not everyone was pleased with her victory. Simon quickly discovered that no level of success could win over the hearts of the anti-Semites. During the welcoming ceremony at the train station, she was heckled by several anti-Semitic members of the crowd who called out “Miss Palestine,” and “filthy Jew,” though their shouts were largely ignored.

Simon chose not to do many public events and instead decided she would host only one autograph signing appearance to be held on March 17, 1929, an event that was interrupted by crowds of anti-Semitic demonstrators who arrived to protest. She was verbally attacked by the crowd who jeered and booed her calling her an “ugly Jewess” and an “untrue Hungarian.” Later that same day, a group of nationalist students protested outside Böske’s apartment, shouting anti-Semitic slurs against her and the Jewish people as a whole.

The crown of Miss Europe granted Böske entry into the Miss Universe pageant scheduled to take place in Texas that year. Due to political pressures and continued anti-Semitism, she gave up her spot in the competition along with several acting job offers she had received from the United States. The severe anti-Semitism she faced drove Erzsébet Simon to retire from public life giving up a future of fame and fortune.

After a whirlwind entry to the world stage, Erzsébet quietly exited stage left in favor of a more simple and quiet life as a citizen of her country. She married a young man named Pál Brammer who worked in the textile industry but they divorced shortly after. Erzsébet married for the second time a little while later. Her second husband, Daniel Job, was a theatre director and the couple survived the Holocaust together in Budapest. They were spared from the deportations and the violence though other members of their families were not as fortunate.

Daniel Job died in 1950 and Erzsébet Simon, the most beautiful woman in Europe, died on October 8, 1970 from health complications.

More on the subject: The Year of Jewish Beauty Queens