The Jewish Heroes and Heroines of Victory Day 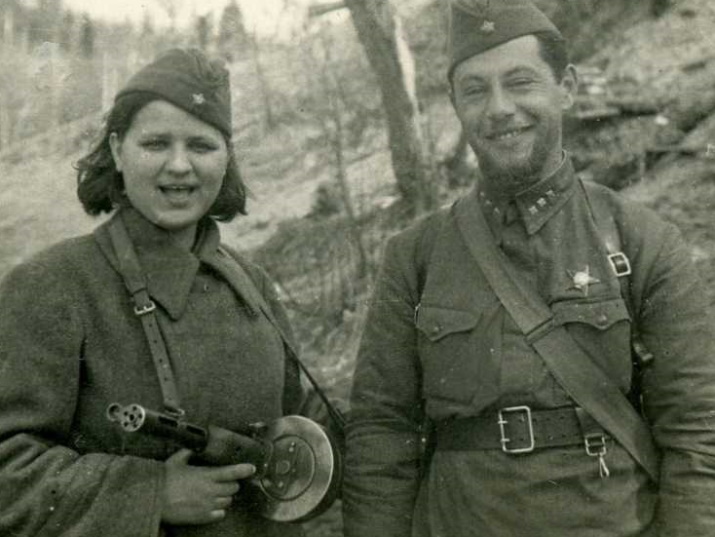 During the Soviet era, the 9th of May – Victory Day – became the main national holiday of the U.S.S.R., celebrating the great motherland’s victorious triumph in the war against Nazi Germany. It is still celebrated today in Russia and other countries, while in Israel, many immigrants from the nations of the former Soviet Union also mark the holiday with various parades and events (many other countries, including the U.S. and U.K., celebrate a variation of the holiday, VE Day – Victory in Europe Day – on the 8th of May).

The Central Archives for the History of the Jewish People at the National Library of Israel has revealed rare images of Jewish heroes and heroines of the Red Army during World War II. The images were found thanks to a special documentation project being conducted by the Central Archives, in collaboration with the Eva Jewish Charity Organization based in St. Petersburg, Russia, which provides homecare services and various social and cultural activities for the elderly. In the course of the project, family photo albums are scanned and supplementary documentation is also collected.

Many Jews took part in the war effort against Germany and the Axis nations during World War II, and around 250,000 lost their lives as a result. Their story has been somewhat overlooked because of the dominance of the Holocaust in Jewish collective memory of the war period. Even the “Heroism” ethos of Israel’s Holocaust Remembrance Day (Yom HaShoah) emphasizes the role of the Jewish rebels in the ghettos and the Jewish partisans. The contributions of the many Jews who took part in the war itself are often forgotten.

In these family photo albums, the place of Jewish soldiers in the Red Army is emphasized. Sometimes the fallen family member is a father of the album’s owner, and sometimes it is a long-lost aunt.

Israel Danilovich Stackelberg was severely wounded in battle in 1942. In the first photo he appears alongside the nurse who saved his life. In the second photo, he is seen with the soldiers of his company, holding a machine gun, and in the third he is wearing a medal. Captain Stackelberg fell on the frontlines in 1944 at Leningrad. His son Leonid brought the photographs to Daria Zacharova, who scanned them for the project. 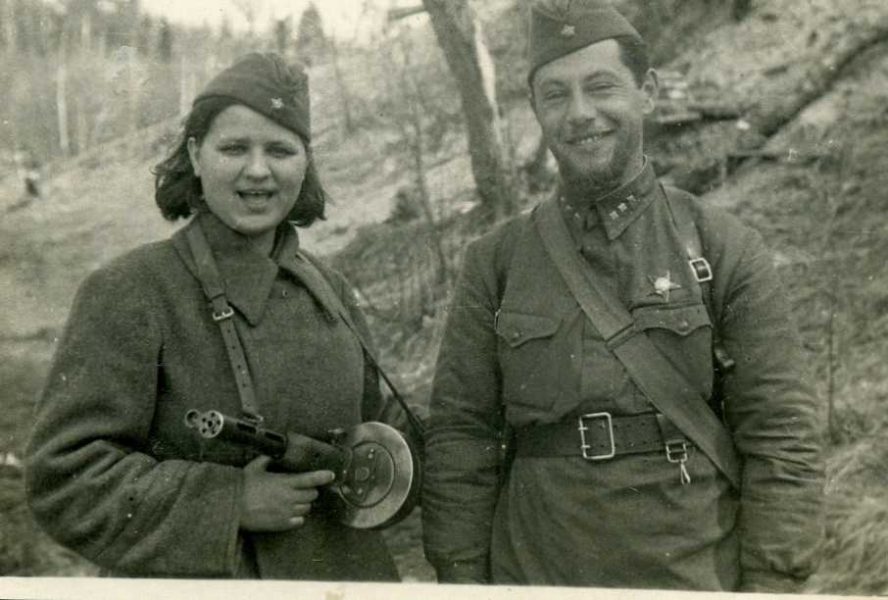 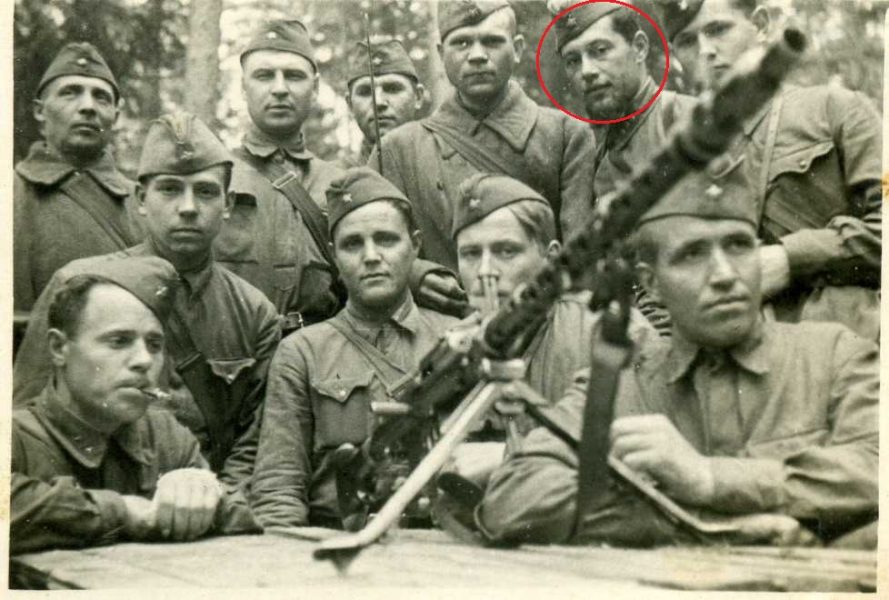 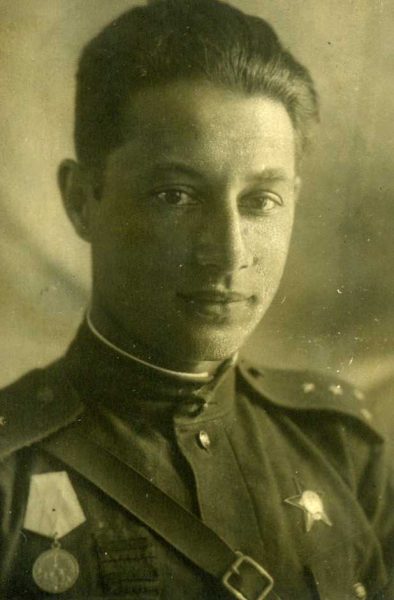 The family of Gregory Meller brought forward the photograph below, in which he is seen adorned with medals. On the other side of the photograph, Meller wrote: “Me, right after the Battle of Stalingrad, December 1943”. 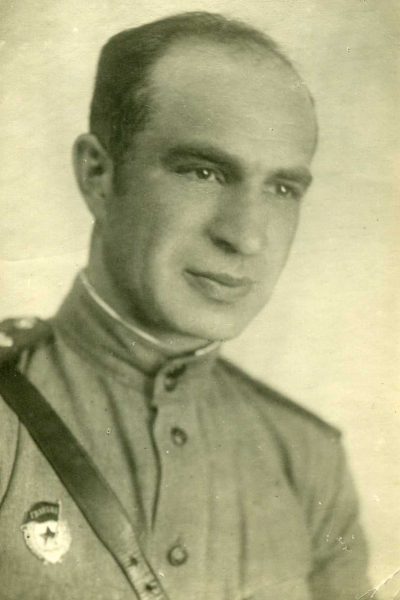 Many women also filled combat roles in the former Soviet Union, among them many Jewish women. One of these was Sofia Zacharovna Golovinskaya (1909-2005). During the siege of Leningrad, Sofia was drafted into a military fire-fighting unit, in which she served for more than a year, until the siege was lifted. After the siege she received training to join a bomb-removal squad in the engineering corps, and worked to locate and disarm mines that had been placed in strategic locations throughout the city during the siege, to be used in case the Germans were able to force their way into the city. Afterwards, in May 1944, she joined the local air defense regiment. Sofia disarmed 750 mines, and was awarded a citation and five medals for her contributions. Sofia made aliyah and arrived in Israel in 1994.

Mayor Smuelovich Kalibko was drafted into the army, despite being short-sighted. He took part in the conquest of Berlin in May, 1945. In the picture below he is seen with a friend, on Berlin’s Kaiser Wilhelm monument. 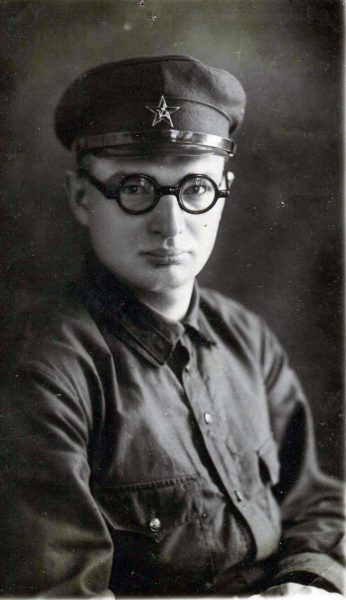