Motzi Spakow was a prize-winning boxer in Romania for many years until he was forced to give up his title after he was attacked by a mob during a match. 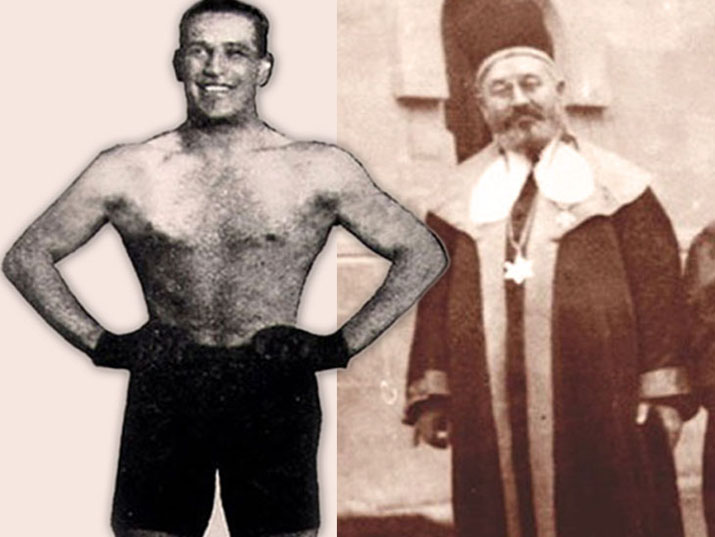 Motzi Spakow, the undisputed boxing champion in Romania between 1927 and 1940, was forced to give up his title following an anti-Semitic incident in the Romanian boxing scene, where at one of the many competitions he participated in, he was physically attacked by a nationalist crowd.

“I, who fought from the bottom of my heart for Romania in France, Poland, and other countries, am no longer considered as a physical, genuine Romanian in my own fatherland, against that I can no longer fight… I renounce the title and wich that my successor may defend the Romanian flag with the same enthusiasm that I have for the last nine years.”

In October of 1936, just a month after giving up his title, Spakow asked the Chief Rabbi of Romania, Rabbi Jacob Itzhak Niemirower, for financial support and spiritual guidance on immigrating to the Land of Israel where he hoped to acquire the right equipment and train so he could continue his profession as a boxer.

“After nine years of winning the boxing championships, I was forced to give up my position under the circumstances that are known to you, and in light of my current situation, I decided to leave for Eretz Israel, the Holy Land, in order to achieve better results for my efforts than those I achieved in Romania.”

Rabbi Niemirower was himself a victim of an anti-Semitic attempted murder in early 1936, and he later died in 1939.

Spakow managed to maintain his position in Romania until Antonescu’s fascist rule was established in 1940. After that, he was definitively banned from performing in the arena as a Jewish athlete. He immigrated to Israel in 1947 but failed in his efforts to develop the sport of boxing in the Holy Land.

Another interesting archival item was found in the collection of publications of the National Library – an essay entitled “Physical Education and Sport” by Ignatz Weiss, which may provide a partial explanation for Sapakow’s failure in his attempts to build up the sport of boxing in the Holy Land. The essay deals with the renaissance of Jewish sport as a goal of self-realization, in which the author distinguishes between two types of sports: one for the sake of physical health, and the other for the purpose of competition.

Weiss brings the example of Samson the hero and King David as proof of the importance of physical fitness and competition in Jewish society in ancient times. He also draws attention to the concept of “Muscle Judaism,” Max Nordau’s vision of the need to establish Jewish sports clubs, an idea that Nordau presented during his speech at the Second Jewish Congress in 1898.

Remarkably, even before the start of Jewish Emancipation, the boxing industry had many successful Jewish representatives but Jewish society was not yet enthusiastic about this sport or about the achievements of Spakow and his colleagues.

Weiss admitted in his article that, even after four decades, the innovations of the Zionist Congress in Basel had not yet reached the consciousness of the Jewish public:

“Unfortunately, today, the interest of Jewish society in Jewish sports is not directly proportional to the aspirations of sports representatives in physical education.”

The athletic youth is the commitment to the Jewish future…Only the youth trained in sports, who have been prepared with this dedication can lead Judaism to the desired calm. Even if it sounds paradoxally, but the march to a happier and more peaceful Jewish future is through sports