A look at an incredible series of photographs taken by Hebrew soldiers in Egypt during WWII. Some of these smiling faces would not survive the war – They died during an attempt to save Jewish lives.

Zvi Ben Yaakov, Rafael Reiss, Haviva Reik and friends during their military service in Egypt in 1944.

When we began to look in earnest through the Bitmuna photographic collections on the National Library website, we noticed that the name Rudy Goldstein was linked to hundreds of the photos. His name was occasionally accompanied by the title “Dr.” At first glance, if we had to guess the occupation of this man, we might have supposed he had a doctorate in photography, or perhaps other credentials in the field of visual arts. At any rate, it was clear that he was a man who spent quite a bit of his free time traversing and documenting the developing Land of Israel: Here a picture of a beautiful flower in a meadow, there a photo of pioneer farmers toiling in the fields.

Since at first we only focused on the scenes he captured through his lens, we missed an important clue concerning the identity of Dr. Goldstein: On the back of each photograph he scrawled a short description of the scene he had captured – the man had the handwriting of a medical doctor.

Dr. Goldstein first met his most loyal and consistently photographed model in 1934. It was in Mandatory Palestine, a land to which he immigrated after completing his medical studies in Berlin. A year after the Nazi party rose to power in Germany, Goldstein decided that his true place was in the Land of Israel. He started practicing medicine near the northern community of Rosh Pina. There he fought to eradicate a rampant fever that killed many pioneers of the Jewish community, also known as the Yishuv. Later he moved on to practice medicine in the Jordan Valley, before eventually accepting a doctor’s position at the Haemek hospital in Afula, which had been established in 1930.

Goldstein, who left his German homeland after it linked its fate to that of the Nazi party, chose to enlist in the British army as Germany began to realize the monstrous vision of its leader. It was the onset of World War II, and the profession of medicine was in high demand. Dr. Goldstein was recruited and sent to North Africa, where he would spend most of his war years, much of that period in Egypt.

The copious amount of photographs he was able to capture at the time show that the doctor managed to find quite a few opportunities to photograph his surroundings, even during the busiest of times. He also documented the many sights he saw in writing. He was able to keep up this active pace thanks to what he dubbed on the back of one of the photos: “My vehicle”.

Rudy Goldstein was not the only Hebrew soldier in Egypt at the time, nor was he the only photography enthusiast among the thousands of other soldiers serving there. Another fresh recruit, who had been detained at Atlit immediately following his illegal immigration to Israel, was Rafael Reiss. He captured dozens of pictures that can also be found in the Bitmuna collections.

If the name Raphael Reiss sounds familiar, it is because he is best remembered as one of the paratroopers from the Yishuv who jumped into Nazi-occupied Europe in an attempt to save Jews from the genocide taking place there. Reiss came to Mandatory Palestine from Slovakia in 1939 after studying medicine at the University of Bratislava for several years, having never earned his degree due to the Nazi takeover of Czechoslovakia prior to his immigration. In the Land of Israel, Reiss met his future wife, Naomi, and married her. She later gave birth to their only daughter, Edna.

Reiss began his military training in Mandatory Palestine in December 1943. As part of their training, Reiss and his comrades were sent to Egypt. Reiss, like Goldstein, was able to take in much of Egypt’s landscape. Most of his photographs from this period were collected under the archival name, “Sightseeing Tours in Egypt, 1944.” 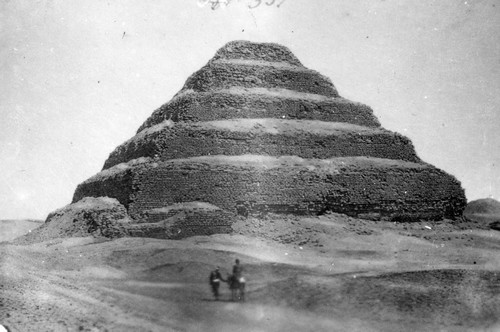 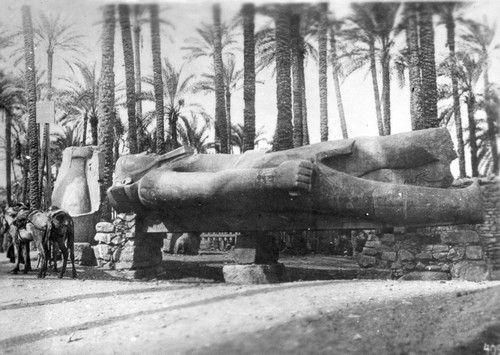 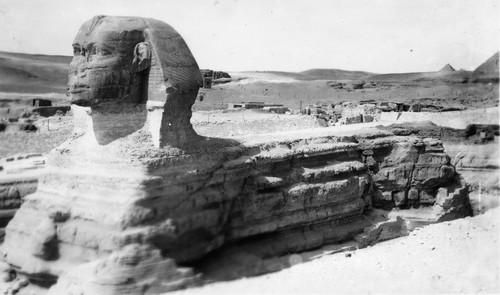 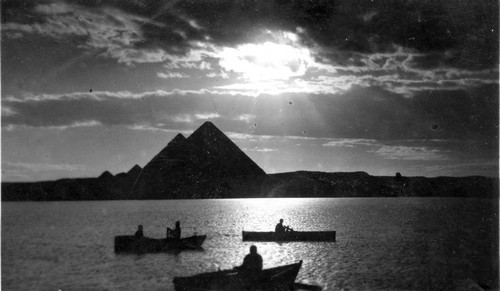 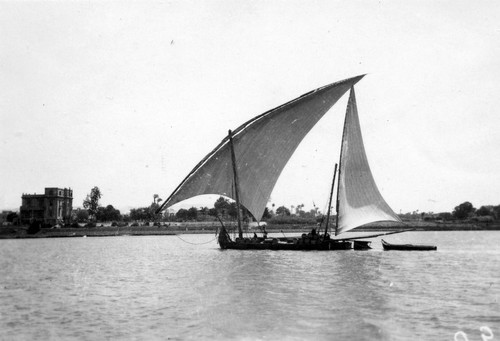 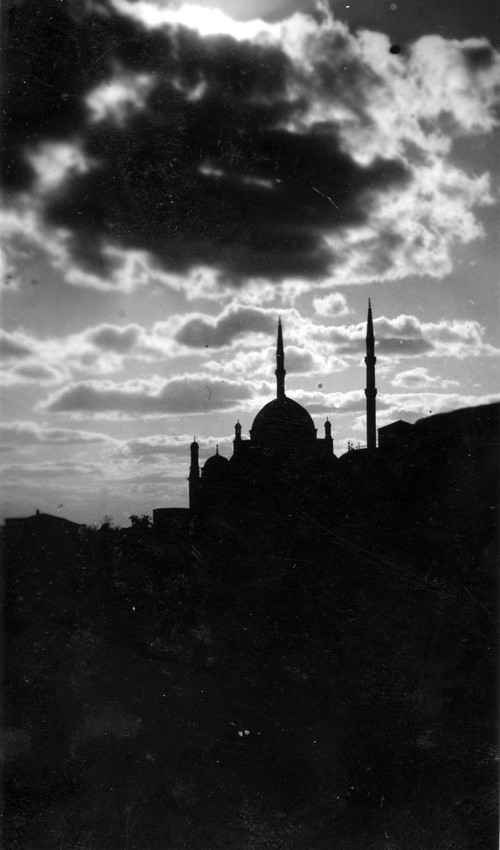 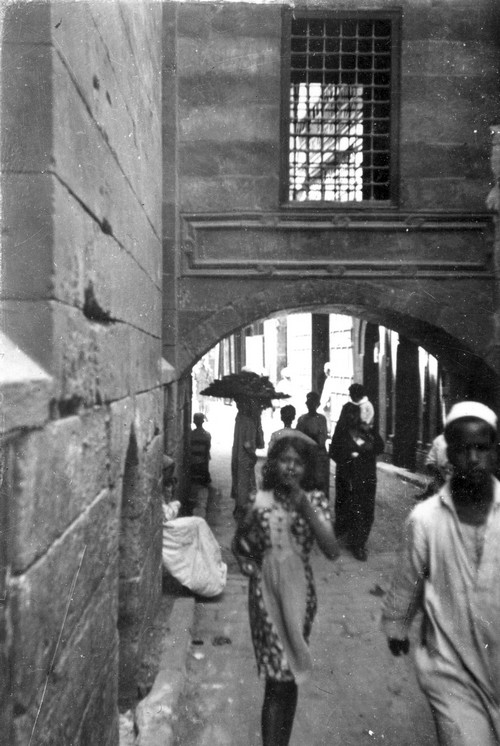 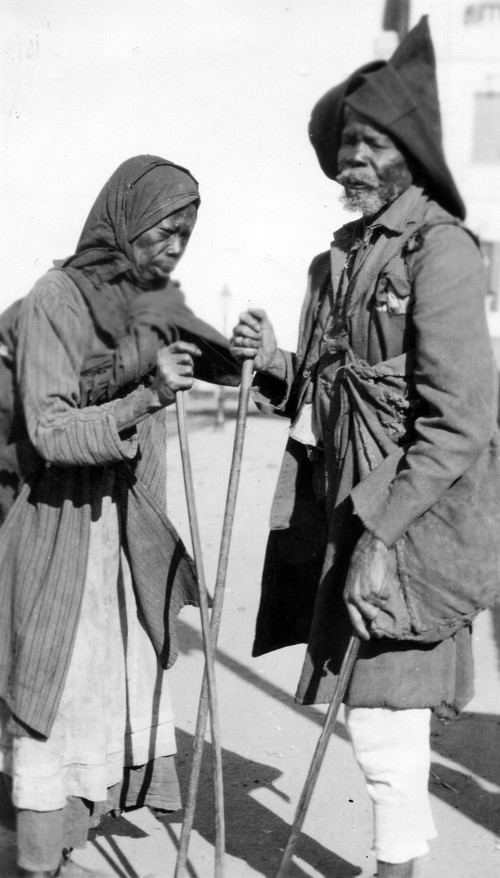 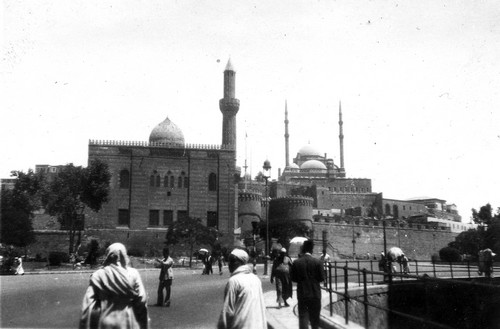 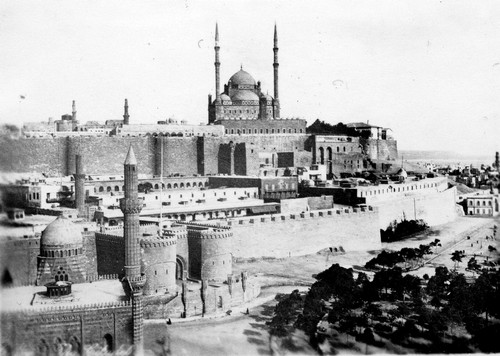 Many other photos by Reiss were marked “Cairo Zoo”, where they were taken. 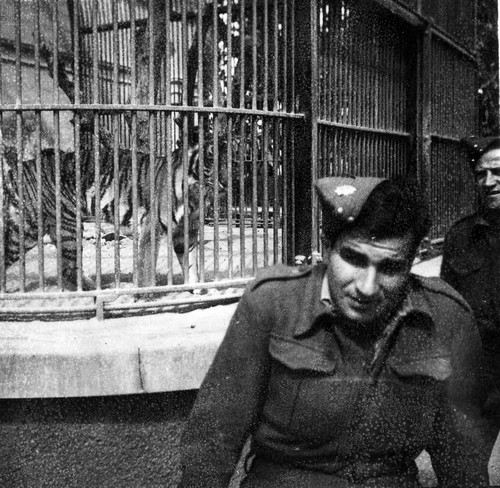 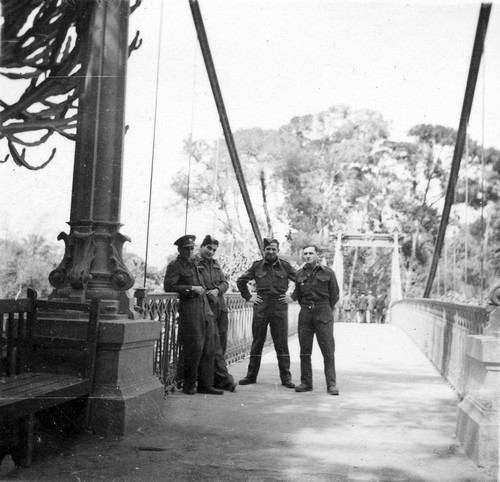 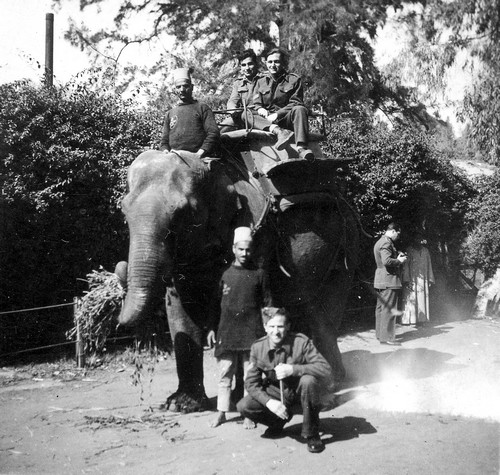 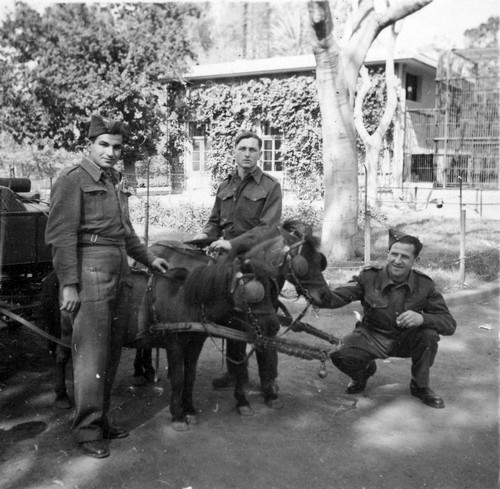 From the notes found on some of the pictures we learn that Rafael Reiss and his friends were given a short leave back home in the Land of Israel.

In the summer of 1944, Reiss and Haim Hermesh parachuted into Yugoslavia. Since the paratroopers sent previously by the British Army and the Haganah – Hannah Szenes, Yoel Palgi and Peretz Goldstein – were captured by the Nazis in Hungary, the British ordered Reiss and Hermesh to enter Hungary through Slovakia, and there to join up with Haviva Reik and Zvi Ben Yaakov, who feature in many of Reiss’ Egyptian photos.

One of the most amazing photographs of the two collections was taken at the synagogue in Alexandria on the day of the Allied victory over Nazi Germany on May 8, 1945. The photograph was taken by Dr. Rudy Goldstein. Rafael Reiss, Zvi Ben Yaakov and Haviva Reik did not get to see that long-awaited day. They were captured and executed in Slovakia in November 1944. The three were then buried in an unmarked mass grave.

A Glimpse into the Diary of Sayad, an Egyptian Soldier in the Yom Kippur War