The Bravery of the Women of the Damascus Affair

A letter sent by the wives of Jewish men imprisoned during the Damascus Affair of 1840 gives voice to the suffering of these women, some of whom were beaten and even forced to provide sexual favors as a result of the blood libel 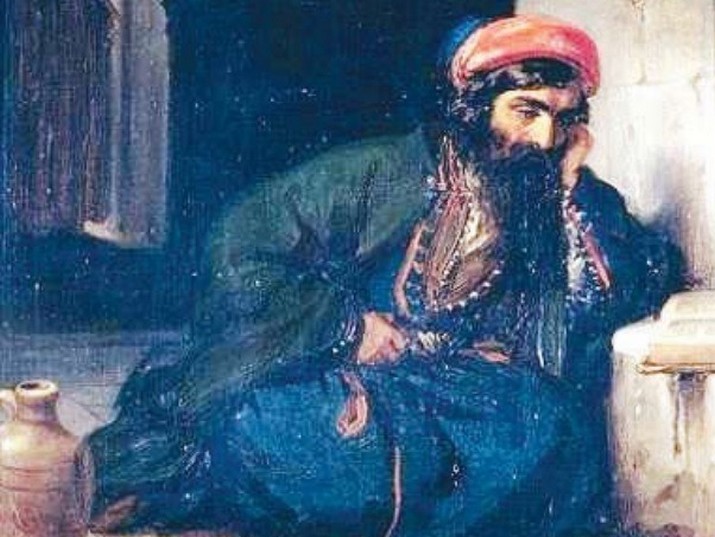 A Jewish prisoner during the Damascus Affair, painting by Moritz Daniel Oppenheim

On February 5th, 1840 the Capuchin friar Father Thomas and his servant vanished in Damascus. The local Christians, with the backing of the French consul, accused the Jews of Damascus of having kidnapped the pair for the purpose of ritual murder.

The accusations led to the arrest, imprisonment and torture of a number of the community’s leaders—not all of whom survived—and to their eventual conviction for murder. The affair made waves in the European press, and there were many who believed this blood libel against the Jews to be true or at least plausible, despite its clear resemblance to medieval examples of medieval examples of anti-Jewish defamation.

The acceptance of the libel in enlightened 19th-century Europe, stunned Jewish public opinion in Western Europe. The development sparked a surprising collaboration between English and French Jews, who organized a two-headed delegation to the East led by Sir Moses Montefiore of England and the French jurist and future politician, Adolphe Crémieux.

Arriving in Alexandria, the delegation tried to persuade the Egyptian pasha Muhammad Ali to retry the case based upon the standards of truth and justice. Ali, who had rebelled against the Ottoman sultan and conquered “greater Syria” from him, was himself under political and military attack by most of the European powers who wanted to bring about the end of his reign in the Levant. Political pressure, coupled with the relentless efforts of Cremieux and Montefiore, forced Ali to pardon—but not acquit—the convicted men.

Montefiore and Cremieux returned to Europe to triumphal processions among Jewish communities across the capitals of Europe, where their heads were adorned with crowns of laurel. The Damascus blood libel, well documented by contemporaries, gained tremendous resonance in Jewish historiography. Here we will mention only the late Prof. Jonathan Frankel’s masterwork, The Damascus Affair, “Ritual Murder,” Politics and the Jews in 1840. Some even consider the Damascus affair as marking the beginning of the era of modern Jewish history.

In the face of the comprehensive documentation of the affair, mainly in European languages, the silence of Damascus’ Jews themselves is striking – their voices largely went unheard. This is even more true of the community’s women. Translations of the protocols of the investigation and the letters of the consuls preserve the testimony and statements of the accused and their families, but there is almost nothing of the authentic voices of those involved in the affair that was not mediated by translators and interrogators, aided by their devices of torture.

A letter discovered at the Central Archives for the History of the Jewish People offers us a glimpse of what was experienced by the prisoners’ wives and shines a spotlight on the role they played in the affair. 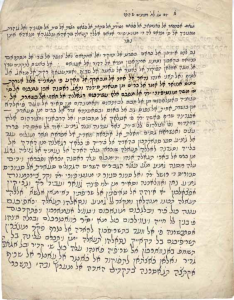 The sources dealing with the affair describe in graphic detail the torments inflicted on the prisoners, but the wives were also interrogated and played an active role in the affair.  Oro (or Ora, as she is called in the interrogation protocols), wife of Moshe Abulafia—the scion of an illustrious rabbinical family who, as a result of the torture, admitted to the crimes he was accused of, converted to Islam and became a witness for the prosecution—was herself beaten during her husband’s interrogation and forced to watch the awful tortures he was subjected to. The widow of Yosef Laniado, who died as a result of the torture, testified to demands for sexual bribery made by the French consul, a claim also reported by the daughter of David Harari, another of the men accused in the affair.

They and other women who were forced to appear before various interrogation committees showed tremendous fortitude during their testimonies.

With the conclusion of the affair, the women wished to thank their saviors. The letter before us, written in Judeo-Arabic, was composed by the wives of those prisoners who remained alive after the granting of the pardon. The letter is addressed to Lady Judith Montefiore, who accompanied her husband on his mission. After the customary praises spread over many lines, the women note that they will always remember “the light of our eyes, our crown, the great lords and ministers, His Excellency Senor De Roschel (Rothschild] and His Excellency Senor De Montefiore.”

“Today, this blessed Sunday, which falls on the eighth of Elul, the light has shone, from the honorable cause of our lord and crown, your cousin, His Excellency, the glorious Sir Moses Montefiore … the great news of their release from prison to their homes.”

The order of the signatures reflects the tensions within the Jewish community of Damascus, which also surfaced in various mutual accusations cast about during the trial. At the top of the list are the signatures of the women of the Farhi family, the richest Jewish family in Damascus, and at the other end are the women of the rival merchant family, the Hararis. In the middle are the signatures of the wives of various rabbis and members of the middle class, among them “Oro, Madame Moshe Abu Al-Afia,” the convert. The final signatory is Mazal Tov, wife of the community rabbi, Yaakov Antebi.

The date noted in the letter as the day that “the light shone” matches the descriptions in the reports of the foreign consuls. This was the day the imprisoned husbands were freed and those who were tried in absentia left their hiding places.

Even more interesting is the date of the writing of the letter, the 15th of Elul, the month of mercy, about a week after the release. A letter from the French consul to his superior at the main consulate in Beirut makes acerbic remarks about the joyous celebrations of the Jews, including a party around that date that took place in the Austrian consul’s garden, attended by the newly liberated men and their wives, among others. It was perhaps in this forum that the decision was made to send a letter of thanks from the wives of the newly liberated men to the wife of their redeemer, from one sister to another.

This article was originally published in “Segula” Magazine