The Roots of the Passover Blood Libel

Home > Diaspora > The Roots of the Passover Blood Libel
Diaspora

When did the libel of Jews using Christian blood on Passover make its first appearance? 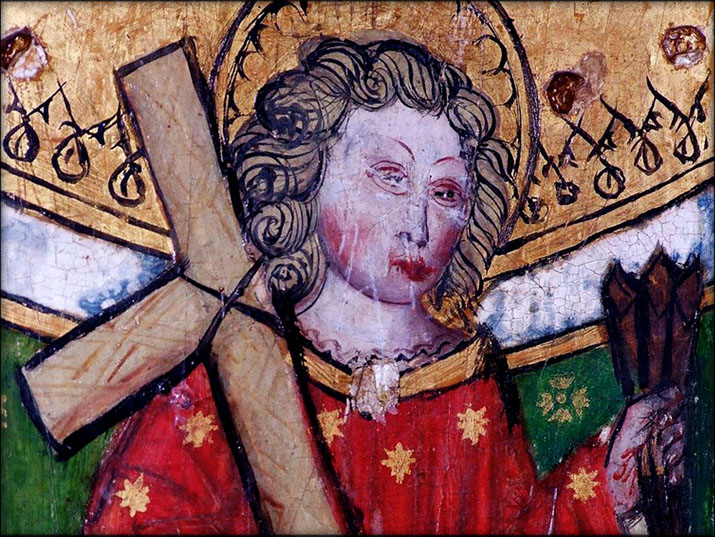 The Church’s position toward the Jews in medieval times is well known and documented: the presence of the deniers of the Christian Gospel was to be tolerated, their skills and abilities utilized, damage to their bodies or property avoided and their degrading and humiliating status preserved. But if this was the case, how then was the blood of thousands of Jews still spilled across Europe throughout both the Middle Ages and the modern era?

In the year 1150, the Benedictine monk Thomas of Monmouth, who resided at Norwich Cathedral Priory, began collecting documents and testimonies for a book. According to the chronicle he compiled, a boy named William from the English town of Norwich, an apprentice leatherworker, was persuaded to leave his home with the promise of work. He stayed for a few days at the home of a wealthy Jew. On orders of the homeowner, one of the leading bankers in the city, William was kidnapped, subjected to “all the tortures of Christ,” and finally murdered, the text claims. Then, the Jews carried his body to the nearby forest, where a crown of thorns was placed on his head, a rope was wound tightly around his neck and a gag placed in his mouth. He was left hanging from a tree for many days until his body was discovered. Thomas argued that because the murder was an exact imitation of Christ’s passion, 12-year-old William should be recognized as a saint. And so he was.

Thomas’ book, completed twenty years after the alleged event, which became known as “The Life and Passion of Saint William of Norwich,” was published and distributed in England after which it was copied and sent to France and the rest of the continent. Assisting Thomas in his research was a converted Jew by the name of Theobald of Cambridge, who supposedly provided Thomas with insider knowledge of the secret activities of the Jews. Theobald told Thomas that every year a Jewish council would meet to select a country where a Christian child would be murdered around Easter, in the belief that this would hasten the coming of the Messiah. In 1144, the year of William’s death, England was chosen.  Thanks to this false testimony, Thomas of Monmouth’s narrative received something akin to a seal of approval and the blood libel about the ritual murder of Christian children perpetrated by the Jews became firmly rooted in the collective European psyche.

With the spread of the blood libel in medieval Europe, a pattern emerged: Every time the body of a Christian child was discovered, suspicion would fall on the local Jews. Generally, these accusations tended to surface during the week before Easter, as the Jews were celebrating Passover, and sometimes also around the festival of Purim. The British historian Cecil Roth linked this to the Jewish custom of “hanging” an effigy symbolizing Haman, the villain of the Purim story. Roth argued that this custom was interpreted by Christian observers to be a reenactment of the murder of Jesus of Nazareth. Other historians have explained the timing of the episodes by linking them to the thawing winter snows – dead bodies that had been hidden all winter would be uncovered and discovered around the beginning of spring time. Either way, the connection between Passover and the blood libel about the use of the blood of Christian children to make matzo can be traced back to the story of William of Norwich, even if it does not appear in Thomas of Monmouth’s narrative in its full form.

The “success” of the blood libel forced Jewish leaders throughout the ages to come up with ways to combat the phenomenon. One in particular that comes to mind is the precaution suggested by Rabbi David, one of the arbiters of the Shulchan Aruch, who argued that drinking red wine on Passover should be avoided “because of the libelous claims of our many transgressions.”

The 16th century legend of the first Jewish superhero developed from this blood libel – the Golem of Prague, conjured by Rabbi Judah Loew ben Bezalel, the Maharal of Prague, to protect the Jews of the city from the yearly blood libel and mayhem that came with it.

The official position of the Church has generally been opposed to blood libels, and most popes objected to these false accusations. The majority of the blood libels were private initiatives, but they were often backed by local authorities. The last blood libel to receive the official backing of a European government emerged during “the Beilis affair”, an episode that began with the discovery of the body of a murdered 12-year-old, Andrei Yushchinsky, in a cave outside Kiev in April, 1911.

After a hasty investigation, the Kiev police arrested the manager of a brick factory located near the cave where Yushchinsky’s body was discovered. Although the evidence against Beilis was shaky and the boy’s real killers were found not long after Beilis’ arrest, the authorities refused to release him. Only at the end of October 1913 – after more than three years during which Beilis languished in the Tsar’s prison – did a jury acquit him of the charges.  In response, Jewish publishers in Warsaw rushed to publish The Album of the Beilis Trial. 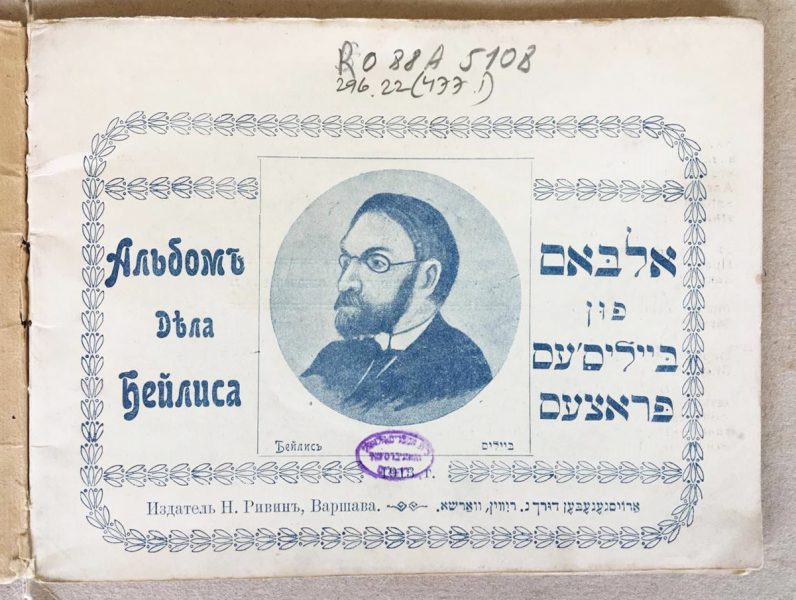 Even in Nazi Germany – where blood libel allegations were once again raised in newspapers and children’s books – this poisonous accusation never materialized in an actual trial. The persecution of the Jews and their systematic murder in the Holocaust was explained in racial-biological terms.

The blood libel about the Jews’ use of Christian blood for matzo on Passover has not completely disappeared and echoes of it are heard from time to time (today mainly in Arab countries), and will probably continue to reverberate for many more years to come. However, we can take some comfort from Gerd Mentgen’s assessment in his article on the subject, that, “in our time, only the most incorrigible antisemites believe in the fictitious truths of the blood libel.”   Further reading: E.M. Rose, The Murder of William of Norwich: The Origins of the Blood Libel in Medieval Europe (Oxford: Oxford University Press, 2015). Gerd Mentgen, “The Origins of the Blood Libel”, Zion, The Historical Society of Israel, 1994, p. 343-349 (Hebrew).   If you liked this article, try these: An Untold Story: The Bravery of the Women of the Damascus Affair When Anti-Semitism Forced a Champion Jewish Boxer to Throw in the Towel 100 Years of Ford and the Jews – From Anti-Semitism to Zionism