What Did Freud Really Think of Zionism?

Home > Europe > What Did Freud Really Think of Zionism?
Diaspora

Spoiler alert: The father of psychoanalysis was not the biggest fan of establishing a Jewish state in Mandatory Palestine. 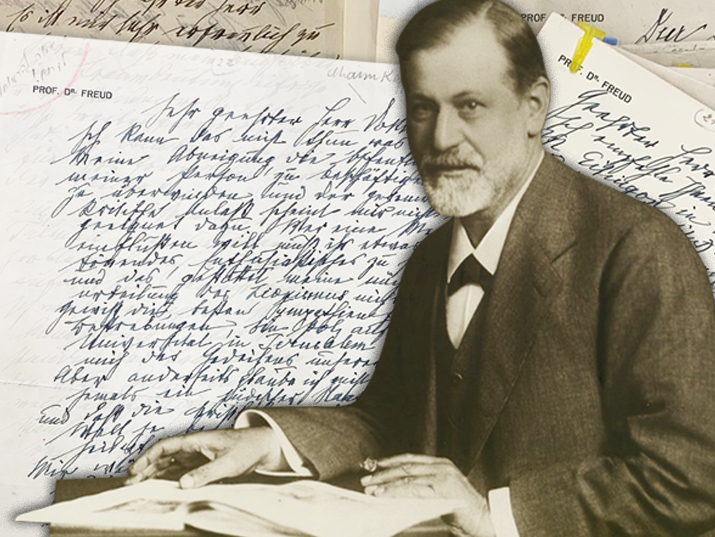 So, as it turns out, Sigmund Freud was not a fan of the Zionist dream.

The good doctor was, in fact, vehemently against the foundation of a Jewish state in the Land of Israel and had no qualms about expressing his disapproval – something he did in a rather eloquent and sharp manner in a letter he sent to the head of the Keren HaYesod branch in Vienna in 1930.

Let’s take a step back for a moment.

The hostilities began on a hot day in the middle of August 1929. The longtime struggle between the Arabs and Jews in the Land of Israel over ownership and access to the Western Wall had officially come to a boiling point. On Friday, August 16, 1929, an Arab mob that had been riled up by the Supreme Muslim Council, descended upon the Western Wall, expelled the Jewish worshippers from the site and proceeded to burn holy books and Torah scrolls. This event unleashed a wave of violence in the Land of Israel and, in just one week, the Palestine Riots of 1929 saw more than 130 Jews killed and hundreds more injured in Hebron, Jerusalem, Tel Aviv, Haifa, Tzfat, Hulda and Be’er Tuvia.

In 1930, just a few months after the violence had come to a stop, Keren HaYesod, a fundraising organization established by the Zionist Congress to help Jews to immigrate to the Land of Israel, launched a public relations campaign for the Yishuv, the Jewish settlement in the Land of Israel. The organization sent out letters to the world’s prominent Jews asking if they might be willing to issue a statement of support on behalf of the Jews living in the Land of Israel. One such letter, sent by Chaim Koffler, the head of the Keren HaYesod in Vienna, made it to the hands of one Sigmund Freud, the father of psychoanalysis who also happened to be Jewish.

Freud, it appears, took some time to consider this request. His response sent on February 26th, 1930, came in a carefully crafted, subtly scathing but perfectly polite letter sent back to Dr. Koffler where he made his feelings on the subject of Zionism and Jewish settlement in the Land of Israel very clear.

Not only did Freud decline the request to issue a public statement of support, but he also made it very clear that he was, let’s call it – unsympathetic – to the plight of the Jews living in the Yishuv.

“I cannot do as you wish,” wrote Freud. “Whoever wants to influence the masses must give them something rousing and inflammatory and my sober judgment of Zionism does not permit this.”

Freud explained that, while he identified with the goals of Zionism in creating a home for Jews and found a measure of pride in the university that had been established in Jerusalem, he had no understanding of the Zionist movement. He believed that there would never be a state for Jews in the Land of Israel – an opinion he conceded as likely to be unpopular.

“I do not think that Palestine could ever become a Jewish state, nor that the Christian and Islamic worlds would ever be prepared to have their holy places under Jewish care. It would have seemed more sensible to me to establish a Jewish homeland on a less historically-burdened land. But I know that such a rational viewpoint would never have gained the enthusiasm of the masses and the financial support of the wealthy.”

As for expressing sympathy for the Hebrew pioneers who had suffered through the riots, Freud felt that “the baseless fanaticism of our people is in part to be blamed for the awakening of Arab distrust. I can raise no sympathy at all for the misdirected piety which transforms a piece of a Herodian wall into a national relic, thereby offending the feelings of the natives.”

Freud closed the letter with about as much sympathy as he started it.

“Now judge for yourself whether I, with such a critical point of view, am the right person to come forward as the solace of a people deluded by unjustified hope.”

Upon reading Freud’s reply, Dr. Koffler, surprised by its contents, wrote in pencil in the top corner of the letter, “Do not show this to foreigners.” In fact, the letter remained unpublished for 60 years.

Upon hearing of the letter, Abraham Schwadron whose vast collection is now kept in the National Library of Israel, asked Dr. Koffler if he might send him the correspondence so that it could be added to the Library’s archives. Dr. Koffler agreed to send him the letter for his perusal but asked for Schwadron to please do him the courtesy of returning it – for if the letter were to be kept in the National Library, its contents would certainly find its way into the public sphere.

“Freud’s letter may be heartfelt and warm, but it does not serve our purposes,” wrote Dr. Koffler in April of 1930 in response to Schwadron. “Even if at this time I was unable to help Keren HaYesod, I still see myself as bound not to harm it.”

They say that hindsight is 20/20 and in all fairness, views such as Freud’s were not unheard of among Western European Jews in the early 1930s. Of course, Freud could never have predicted the horrors that would soon befall the Jews of Europe with the rise of the Nazi party and the beginning of the Holocaust. He would never learn the important role those pioneers played in successfully founding the State of Israel. While his opinions may have been “unpopular,” he certainly had his finger on the pulse of issues that still impact Israeli society today.

For further reading on this subject, check out “Freud in Zion: Psychoanalysis and the Making of Modern Jewish Identity,” by Eran J. Rolnik, Karnac Books, 2012.

Who Was the Nazi Guest at a House Party in Jerusalem in 1933?