“I am neither a mathematician nor a physicist, but I have, nevertheless, discovered a fantastic philosophical method that I will soon be publishing under the title 'The Logic of the World.'” 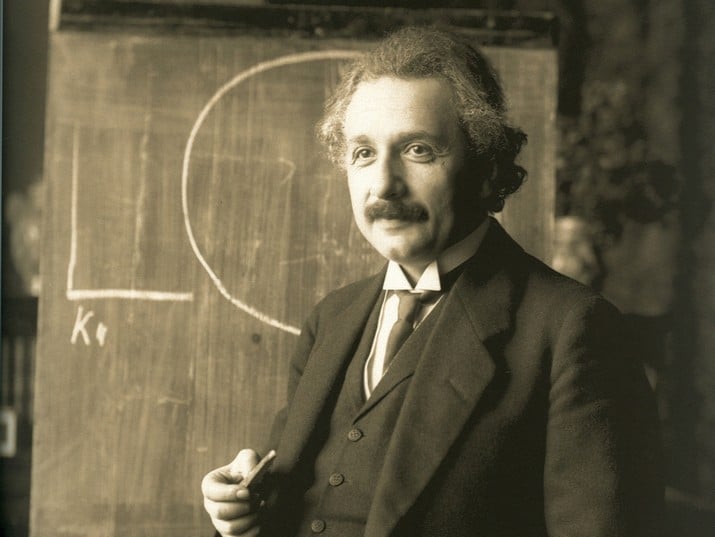 Albert Einstein during a lecture in Vienna, 1921

It was in the year 1947 that Professor Albert Einstein first encountered the name of Dr. Eliezer Goldwasser, when a letter appeared in his mailbox at the Institute for Advanced Study at Princeton University. Upon reading the first few lines, a warning light must have gone off in his head. “Yet another letter from an amateur physicist…” he may have told himself.

Dr. Goldwasser sought financial assistance for his own unorthodox research in the field of physics, and this underlying motivation for did not go unnoticed by the renowned physicist. However, many of the abstract ideas in the letter were incomprehensible, even to Albert Einstein, who sent no reply. 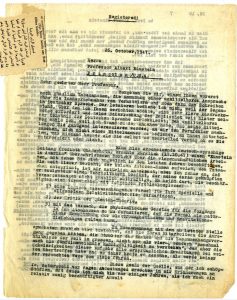 Just weeks before his Bar Mitzvah ceremony, the 13-year-old Einstein had lost the religious drive that had characterized his childhood. Max Talmey, a medical student who often visited the Einstein family home and who served as young Albert’s mentor, gave him a number of books on science. These books led the the curious boy to the conclusion that most of the stories of the Bible were false.

The poems he had composed and dedicated to the greatness of God all of His creations were now replaced by mathematical formulas. This was the inception of young Albert’s attempts to understand the principles of mathematics and physics and eventually the secrets of the universe itself.

Albert Einstein’s revolutionary research would reshape humanity’s concepts of of time, space, mass, motion, and gravity and would make him famous the world over. It would also make the Jewish physicist a target of the Nazi regime.

At the time of Hitler’s rise to power in January 1933, Einstein was already residing in the United States. The news of what was happening in Germany and the venomous attacks published against him in the German press convinced him to renounce his German citizenship. He also resigned from the Prussian Academy of Sciences. He would never again set foot in Germany.

Einstein received many proposals from academic institutions across the world, including universities in Europe, the United States, and even Mandatory Palestine. In the end, Einstein chose the Institute for Advanced Study at Princeton University in New Jersey. Though Einstein never forgave the Germans, he continued to use the German language as his main method of communication. This was also the language in which Dr. Eliezer Goldwasser wrote to Einstein. Goldwasser was also a Jewish expatriate from Germany, who, unlike Einstein, chose to settle in the Land of Israel.

Goldwasser resent his letter in January of 1948. This time, Einstein took the time to reply:

“I received and read the first letter. Because the content was unclear to me and because I was inundated with letters from amateur physicists, I was unable to reply to your letter, as well as many others.

I apologize and appreciate your understanding.

The curt answer from the great 20th century physicist did not dissuade Goldwasser who had fled from Germany to Mandatory Palestine in 1939. In 1941 he arrived in the town of Bnei Brak, known as a center of Hasidic Judaism. Goldwasser held a doctorate in the field of law and ran a full-time law practice, conducting his research of physics in the little spare time he had left. After reading Einstein’s letter of reply, he set about writing yet another letter describing the research he was working on to Einstein – work that he believed was of great importance.

Goldwasser began this letter by stating “I respect your principles of not answering letters from amateur scientists.” He went on to apologize for sending the letter, “I wrote to apologize to you for venturing to contact you, in light of my 25 years of experience of matters of space, with the purpose of suggesting ideas that in my non-expert opinion can improve your research, and bring you closer to the solving the problems with which you are struggling.

Goldwasser added that if such a renowned scientist as Einstein did not understand his groundbreaking ideas, this must mean that standard scientific thought had not yet caught up to the theory he developed – a theory that would “revolutionize the study of space.” He finished the letter in an enigmatic tone, “The last word has not yet been said.”

Indeed, as Goldwasser predicted, the last word – his, that is – had not yet been uttered. Four years later, Goldwasser sent another letter. This time, it was addressed to Einstein’s team of researchers at the Princeton Institute for Advanced Study:

“I know that Professor Einstein is bombarded by letters from people who ish to offer him ‘scientific advice’. Therefore, I turn to you, the scientific team, and ask you to thoroughly read my letter. If you reach a positive conclusion please bring it to Prof. Einstein’s attention.

I am neither a mathematician nor a physicist, but I have, nevertheless, discovered a fantastic philosophical method that I will soon be publishing under the title The Logic of the World. I am currently writing my theory in a methodical manner and this work will keep me busy for some time yet. At best, it will be complete in a year or two. I can only work on it at night.

My theory, as opposed to common philosophy, is based on proof of God’s existence through a clear, scientific method. I believe that as soon as the book is published, I will be able to prove His existence, His divine essence, and His ability to manipulate the world without effort.

I am not saying this merely to shower praise on myself. Anyone with an interest in your field of study would understand and appreciate the work I have already done.

I see the mission of my life in the scientific reconciliation of humanity with God.”

It is unknown who received the letter at the Princeton Institute for Advanced Study, or whether the letter was actually read and the requested experiments conducted. Goldwasser received no reply to his third and final letter. 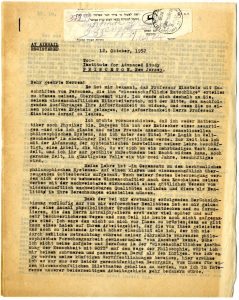 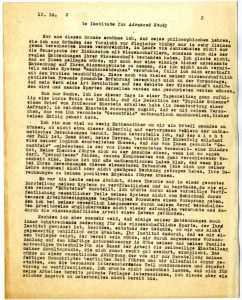 The Story of the Book that Never Was

A search of the National Library catalog, and catalogs of other libraries, showed no evidence that the book Goldwasser promised to publish ever saw the light of day. The correspondence between Einstein and Goldwasser was recently discovered in Dr. Eliezer Goldwasser’s personal archive, and is now preserved in the Central Archives for the History of the Jewish People.

In conclusion, we would have loved to explain the revolutionary theory that Dr. Eliezer Goldwasser (later Mei-Zahav) conceived – a theory which (as he promised to Professor Einstein’s team) was intended to reconcile science and God. But, if this theory left one of the most brilliant minds in history perplexed, what chance do we really have?

The article was compiled with the help of the Central Archives for the History of the Jewish People, archivist Inka Arroyo Antezana Martinez, and Franka Metz.

Why did Marie Curie Decide to Go to Stockholm?