A Shattered Childhood: Memories of Kristallnacht

When the Gestapo knocked on 12-year-old Lilli Tauber’s door in November of 1938, her life was forever changed. 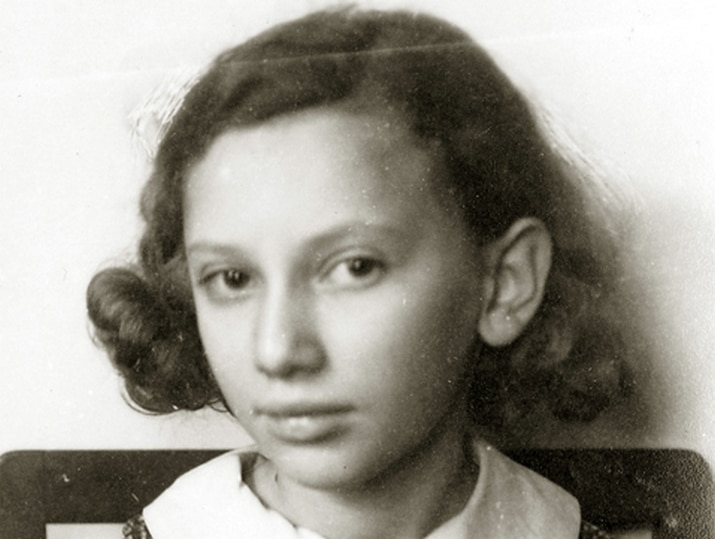 Lilli Tauber in 1938, courtesy of Centropa

Lilli Tauber woke up to a typical cloudy November morning in 1938, in Wiener Neustadt, a town located just south of Vienna. She went about her routine, ate breakfast, brushed her teeth, kissed her mother goodbye and headed out on her walk to Hebrew school as usual, not knowing that in a few hours, everything would change.

Early in the day, during morning lessons, someone entered the classroom where 12-year-old Lilli and her classmates studied. The visitor whispered urgently in the teacher’s ear. The teacher in turn immediately dismissed the children and told them to rush home – something was happening and they needed to go home immediately. At once, Lilli understood that something wasn’t right.

As it turned out, Kristallnacht had found its way to Lilli’s hometown.

Soon after she arrived home, the doorbell rang at the Tauber home. Gestapo personnel in full uniform entered the house and arrested Lilli’s father with no explanation served to his astonished family. The Gestapo vandalized the Tauber home, smashing the front gates and ransacking the front porch and the rooms inside the house. It was only later in the day that they found out that other Jewish men in the neighborhood had also been arrested in the round up and sent to prison.

The Jewish men from Wiener Neustadt were taken to a prison holding cell that was so small that there was no room to sit. There they stayed until the Nazis divided the group, deciding who would be sent to the Dachau work camp and who would be allowed to return home.

After the men were removed from the area, the remaining women and children were rounded up and stripped of their belongings. The women were forced to sign over the deeds to their houses on threat of violence and Lilli witnessed her friend’s mother, Mrs. Gerstl, get physically beaten by the Gestapo forces until she agreed to sign over her home.

As evening fell over the ransacked neighborhood, the women and children were led to the community synagogue and forced inside where they were locked in for the night. The floors were covered in hay to serve as beds for the prisoners who were given the curtains from the Aron Kodesh (the place where the Torah scrolls are kept) and the covers from the Torahs to use as blankets.

Lilli and the rest of the prisoners were forced to remain inside the synagogue for three days, unsure of what had become of their fathers, sons and brothers, and unsure of what the future held. At one point, Lilli glanced through the windows of the synagogue and saw a crowd gathered just outside the iron gates of the building. The crowd of people peered through the bars on the gates to watch the imprisoned Jews with a look of amusement on their faces.

Within the three days of forced imprisonment inside the stuffy synagogue, there was an outbreak of scarlet fever. Lilli was among the sick and was allowed to leave the house of prayer for the hospital along with her mother. They were accompanied by a Nazi officer to ensure they didn’t escape. The doctors at the hospital treated the Jews with the same level of care as they did their non-Jewish patients and the nuns working the hospital floors snuck some food to Lilli and her mother.

The women and children in the synagogue were eventually released and taken by bus to the Jewish community in Vienna. Lilli was allowed to leave the hospital after six weeks and was brought by her father who had been released from prison to join her family in Vienna. They never returned to their home and never retrieved their stolen possessions.

After the horrific events of Kristallnacht and the difficulties that befell the Tauber family, the focus quickly shifted to a plan of escape. For Lilli’s parents, it meant making the choice to send their child away in order to protect her.

In June of 1939, Lilli’s parents took her to the Vienna train station. Among the crowds were many people wearing uniforms with swastikas on their sleeves. Soldiers in German uniforms crowded the station, a sure sign that Vienna was no longer the free city it once was.

Boys and girls wearing red tags around their necks and identification numbers boarded the Kindertransport heading for England. Lilli, number 39, leaned out the windows and waved a final farewell to her parents. Despite her troubles acclimating to a new language and culture and the difficulties of life without her parents, Lilli survived the war in England. Her parents, unfortunately did not.

These articles may also interest you:

The Night of Broken Glass and Broken Hearts