Home > Europe > Roll Out the Red Carpet: When the Royals Paid a Visit to the Jews of Amsterdam
Diaspora

Rare documents from the National Library of Israel show the excitement and dedication that went into the preparations for the visit of Wilhelm V and his bride, Princess Wilhelmina. 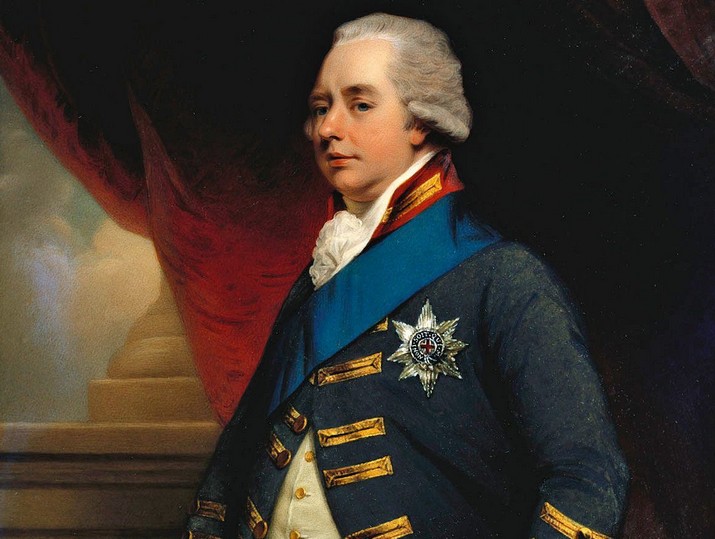 Portrait of William V, Prince of Orange by Henry Bone (1801).

The summer of 1768 proved to be an interesting time for the Jewish community of Amsterdam. The royal newlyweds, Wilhelm V, Prince of Orange and Prussian Princess Wilhelmina, were invited by the local Jewish leaders to visit the Ashkenazic congregation in the hopes of securing good ties and a solid relationship with the new couples’ court. A positive relationship with the royals was an essential factor in building and creating a favorable environment and decent conditions for the Jews living in the city of Amsterdam and in the Dutch Republic as a whole.

The Amsterdam Pinkas (Jewish community register) which is held in Amsterdam’s civic archives, details the frenzied preparations that took place ahead of the visit set for July of 1768. Included in these preparations was the creation of a compilation of prayers and psalms to be recited in honor of the visit. The prayers were carefully selected and the pamphlet was meticulously curated, detailing the order of prayers and psalms.

The community took great care in ensuring their royal guests would be able to follow and understand the procedure and prayer services that would take place in their honor. According to the Pinkas, the prayer book was produced in three separate versions. The first version included just two special copies that were produced for the royal couple themselves. The pamphlets were beautifully bound pieces of printed satin fabric that held the texts written in both Hebrew and Dutch. The second version was printed a total of 50 times for the members of the royal court. These copies were printed in Hebrew and Dutch on paper and were bound in red satin fabric. The third version was a simpler Hebrew printing of 500 copies for the local members of the congregation who were expected to be in attendance.

The prayer booklet was given the name, “Light and Happiness for the Jews,” a phrase taken from Megillat Esther, the text that is traditionally read on the holiday of Purim. The congregation leader bequeathed the two unique satin-printed copies to the royal couple during the proceedings and according to the community records the visit was considered a great success.

Let’s flash forward a few centuries to the year 2011 at the National Library of Israel (NLI). Dr. Stefan Litt, an archival expert and Pinkas researcher at the National Library learned of this unique story while studying the community register of the Ashkenazic community of Amsterdam and wanted to know more. He set out on a mission in the hopes of finding that at least one of the prayer pamphlets produced in honor of the royal visit was still around and available for study.

After performing a quick check in the NLI catalog, Dr. Litt found not only one, but two copies of the pamphlet preserved in the National Library stacks. The first pamphlet was a slightly faded copy of the version that was printed in Hebrew and Dutch and bound in red satin – one of the 50 copies that had been produced in honor of the visit for use by the royal entourage just as it had been described in the Amsterdam Pinkas.

This copy arrived at the National Library of Israel from the personal library of the German-Dutch researcher and rabbi, Sigmund Seeligmann. 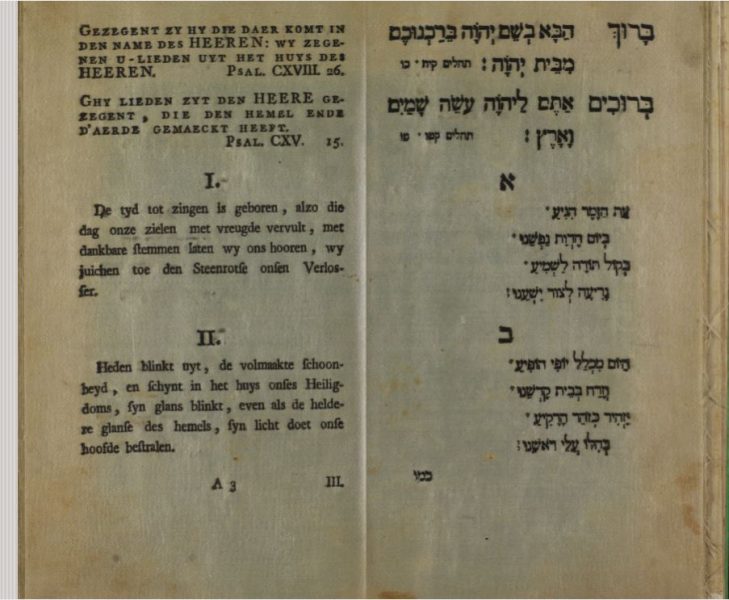 The National Library of Israel recently acquired another copy of the 50 pamphlets produced in Hebrew and Dutch, however, this copy is missing the original red satin binding. It was part of the famous Valmadonna Trust Library, which was purchased by the Library in 2017. With this addition, the NLI now has the largest number of these printed testimonies of the royal visit in the summer of 1768. They were produced by Proops, the famous Amsterdam Jewish printing house. There is only one other known copy of this printing of the pamphlet that is held in the British Library in London. 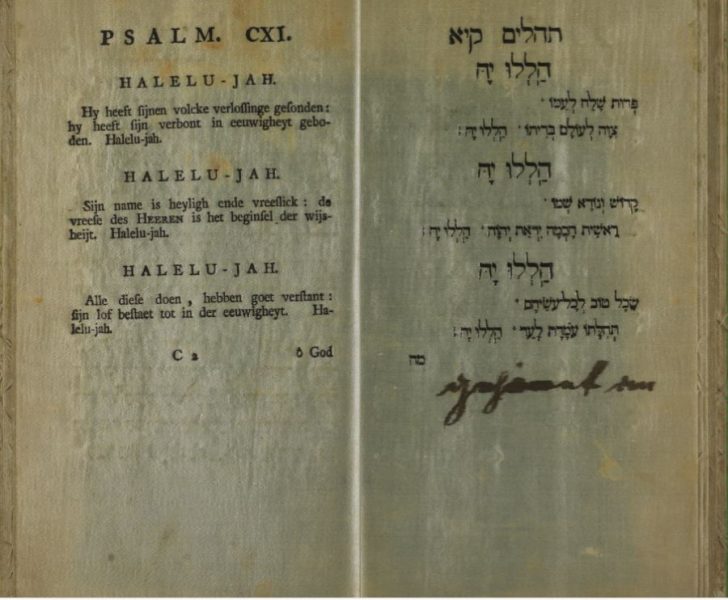 As for the second copy kept at the National Library, Dr. Litt was amazed to find that it was one of the original two copies that had been beautifully printed on satin in honor of the royal couple themselves! The rare and exquisite pamphlet arrived at the NLI as a part of a large donation of books made by Dr. Joseph Chazanowicz from Poland over 100 years ago that made up the foundational collection of the Library according to the stamps located on the satin pages. 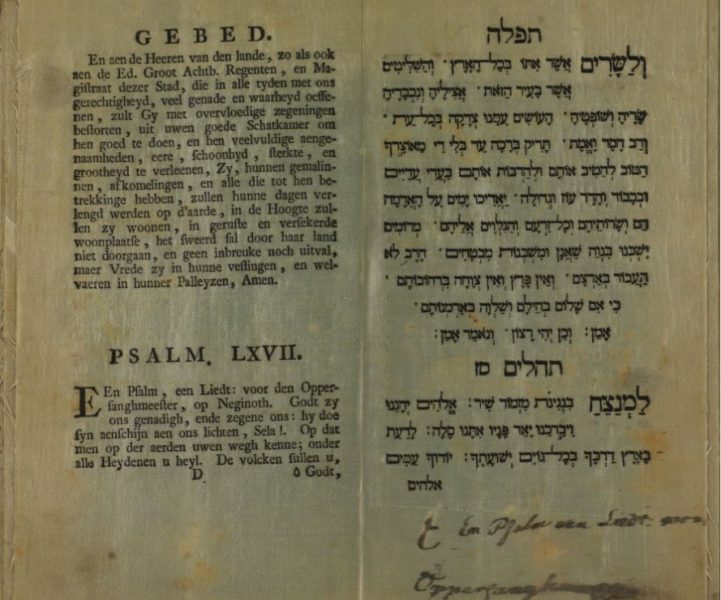 You may be asking yourself – how did Dr. Chazanowicz get his hand on this extremely rare pamphlet of which only two were made? Well, in truth, we may never know. What is clear though, is that the royal couple did not seem to take much interest in this special gift. The second copy of the pamphlet produced for the couple appears to have gone missing without a trace. Even more notable is that there seems to be no remaining evidence of this historic visit in the form of pamphlets located in any of the major libraries in Holland. For now, the Jewish community’s efforts and careful planning will be held on record both in their community Pinkas and deep in the archives of the National Library of Israel.

Special thanks to Dr. Stefan Litt for his assistance in writing this article.   If you liked this article, try these: Rare Items: A Glimpse into the Lives of Max Nordau and His Only Daughter, Maxa The “New Haman” of Frankfurt What Became of Two Jewish Thieves Caught in Frankfurt in 1714?