The sages of Safed created amulets, the Jews of Italy wrote prayers and other Jews warned of less conventional plagues… 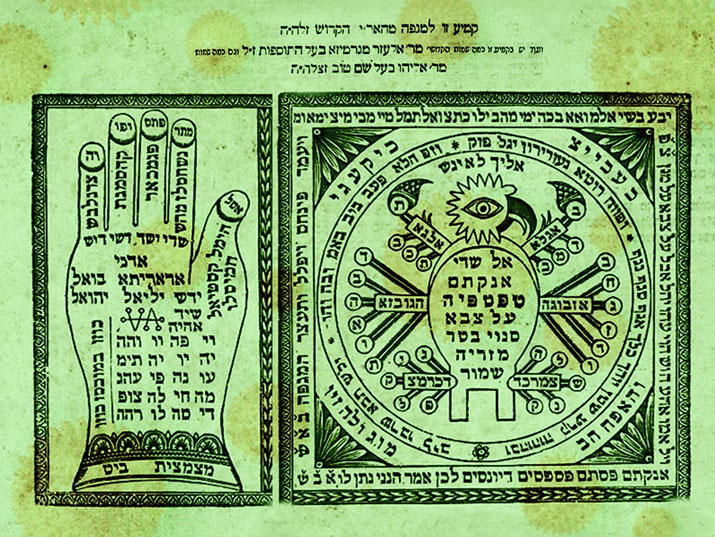 An amulet attributed to Isaac Luria, "The Holy ARI", 1855

The first occurrence of plague in the recorded history of the Middle East was known as the “Plague of Justinian”, named after the Byzantine Emperor, Justinian I. It made its way to the Land of Israel from Egypt around 541-542 AD. The results were documented in detail by the emperor’s court historian.

A thousand years later, the residents of the land were still dealing with fairly frequent outbreaks. Throughout the 16th century, plague spread across different parts of the Middle East. The common wisdom in Jerusalem of the period spoke of a new wave of pestilence hitting the city every six or seven years. In the writings of the sages of the holy city of Safed (Zfat), in the northern Land of Israel, we find evidence that these rabbis sought to fight off the plague with the help of special amulets, among other things.

We found the amulet below in a copy of the book Shaar HaYichudim (“The Gate of Unifications”) by the famous Safed Kabbalist Hayyim ben Joseph Vital. The Hebrew title appearing at the top reads “This amulet is for plague from the holy ARI…” (The holy ARI was Rabbi Isaac Luria, Vital’s teacher). The charm in fact consists of two different amulets joined together, one on top and one below. The image here is taken from a later printing of the book which includes various commentaries on the writings of Vital and Luria, but the amulet, or similar versions of it, appear in earlier printings as well. This edition was published in 1855 in the city of Lemberg, today’s Lviv, in western Ukraine. Isaac Luria perished during an outbreak of plague in the year 1572, when he was only 38 years old.

Another interesting text can be found in a manuscript which is part of the Bill Gross Collection and which received the rather generic title, “Prayers Against the Plague“. The text begins with the words שויתי יהוה לנגדי תמיד (“I have placed the Lord before me constantly“), followed immediately by Psalm 91, in which the speaker tells of the refuge provided by the wings of the Lord, while also citing the various evils from which he is protected, including “devastating pestilence” (דבר הוות). Later, the story of how Aaron the High Priest was able to halt the plague with incense is recounted, along with what appears to be a recipe. 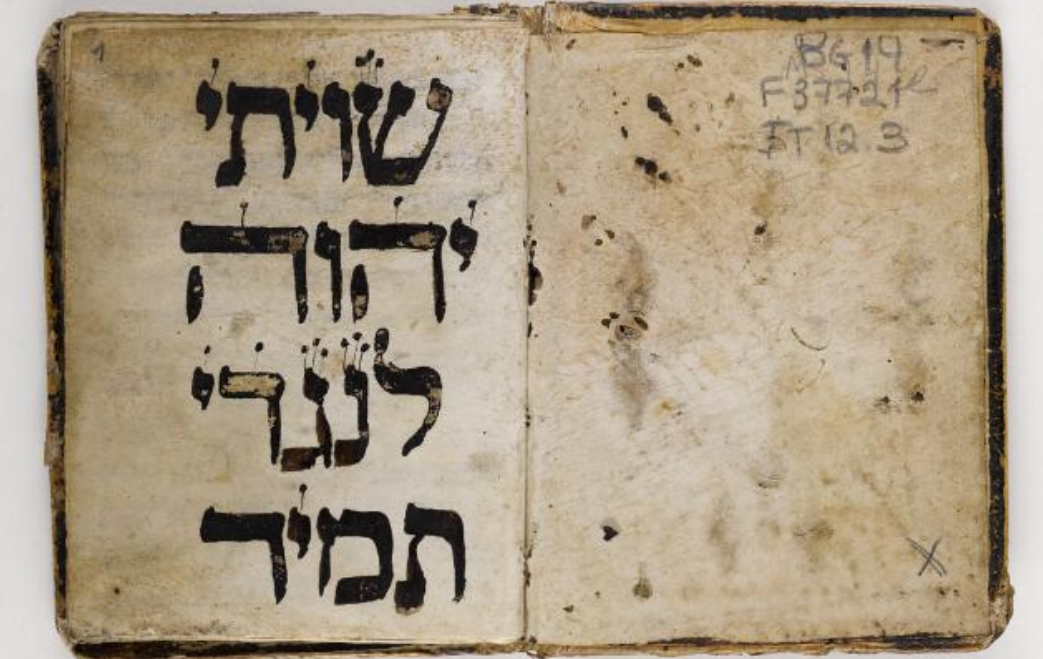 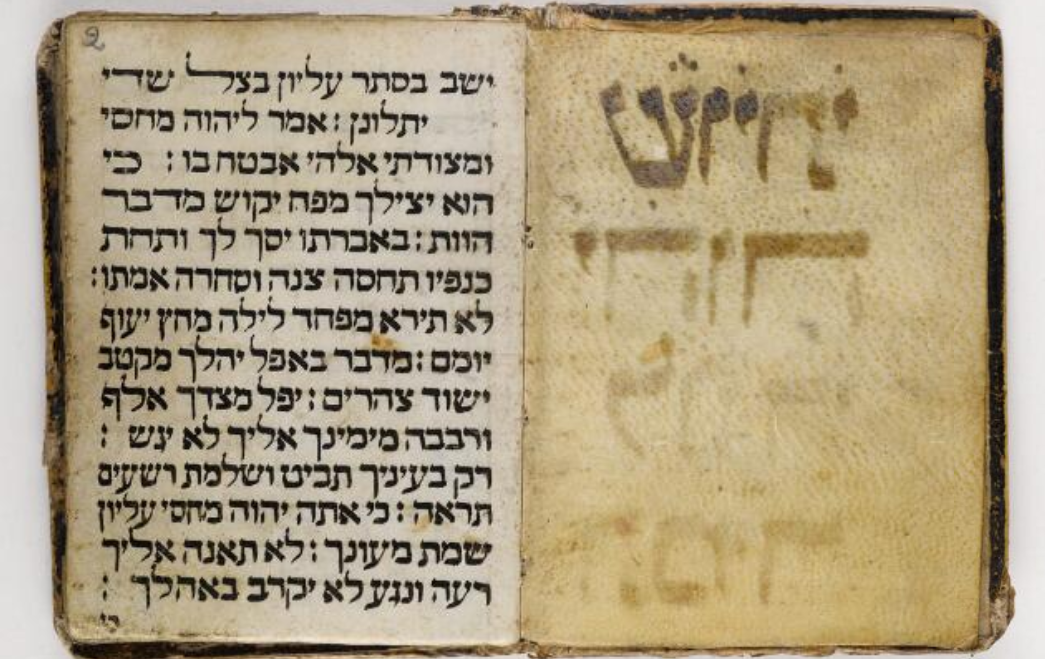 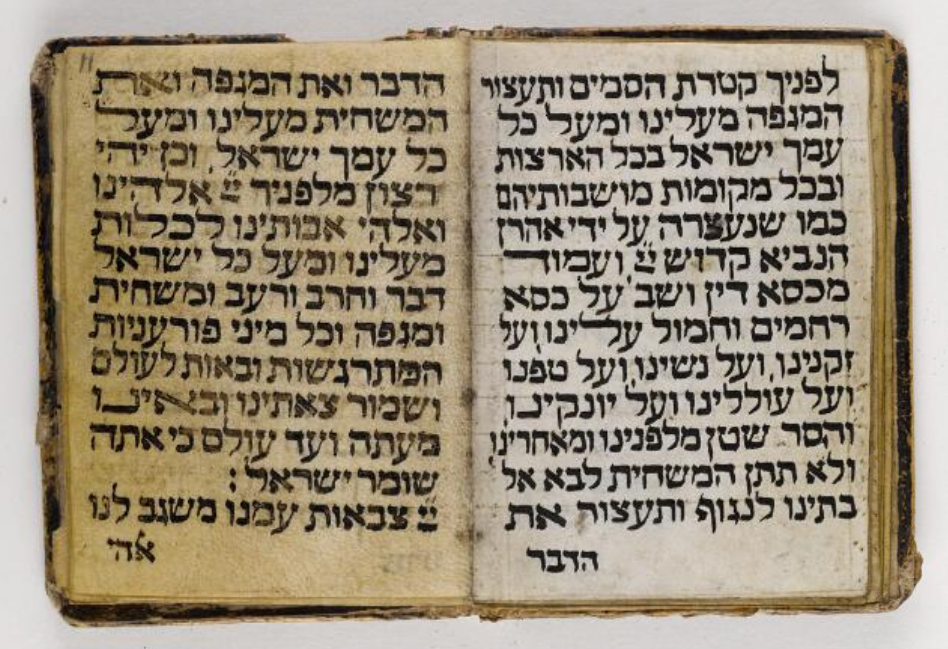 As opposed to the Kabbalists of Safed, who invoked the secret divine names to save themselves, the scribes of this manuscript decided to make use of canonical texts telling of the victories of God over the various plagues which threatened the People of Israel. Judging by the style of script, as well as the name of the youth to whom the manuscript was dedicated – Yosef Tzemach Gabriel Donati – which appears on the last page, it is likely that the manuscript was inscribed in Italy during the 18th or 19th century.

Over time, the Hebrew word for “plague” – Magefa (מגפה) – has come to be associated with other meanings as well. In the pashkevil broadsides which are popular in ultra-orthodox Jewish communities, the word is often used to describe various “ills” which have spread throughout modern Israeli society, whether they be of a biological, theological or moral nature. In 1980, this Pashkevil poster warning of “the plague of archaeology spreading throughout the Holy Land“ was printed and hung up in various ultra-orthodox communities. The text states that “new areas are discovered from time to time, where the plague of archaeology has taken hold in the northern, southern and central regions“.

Another pashkevil, seen here below, which dates to the period of the British Mandate, warns of the “plague” of eating and selling non-kosher meat, which had “broken out” among the Jewish community.

The last manuscript which we will present also hails from 19th century Italy. It is preserved today in the British Library in London.

The main difference here relates to the type of pestilence which was spreading across the country, with the text mentioning an outbreak of “cholera morbus” (קולירה מורבוץ) and expressing the hope that “no harm will befall us, nor will a plague draw near to our tent“. Like other manuscripts of its kind, it draws a link between observance of the laws handed down to Moses at Mount Sinai and the health of the individual and the community. This promise is expressed in the quote: “I, the Lord, heal you, for it is written – and the sun of mercy shall rise with healing in its wings for you who fear My Name.” 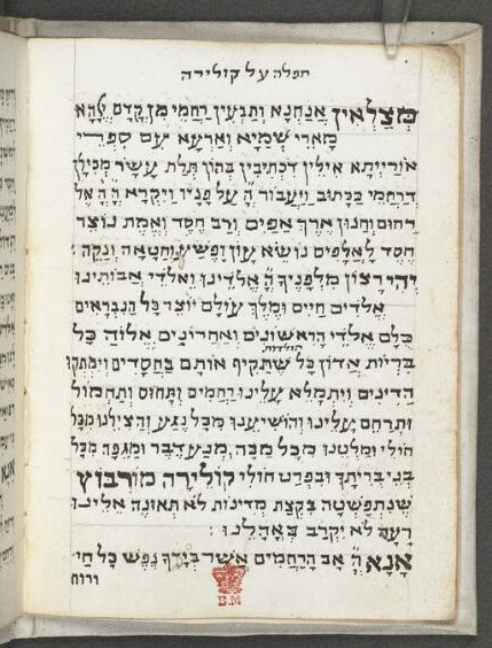