A 16th-century Yemeni manuscript containing a wonderful illustration of a menorah is being restored in our Conservation and Restoration Department. Come have a look behind the scenes 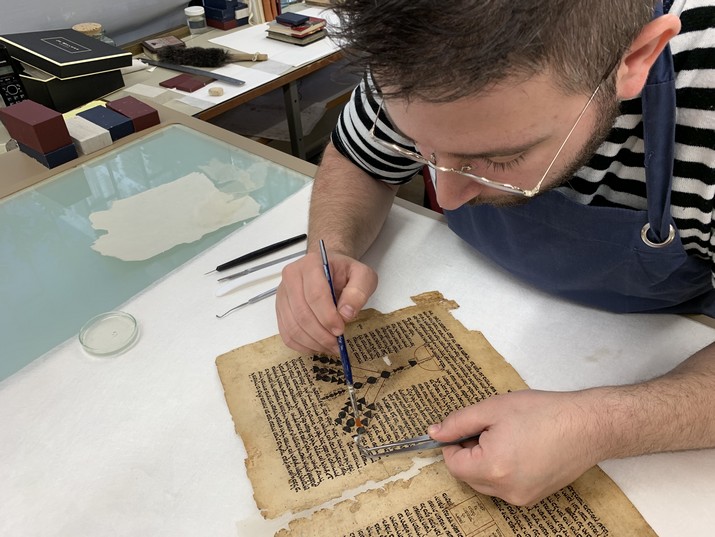 They are considered “the surgeons” of the National Library, true masters of their craft. Every day, the workers of our Department of Conservation and Restoration literally put the past back together again, piece by piece. The rare items you see in the National Library’s various exhibits and archival displays are impressive and beautiful, but we do not usually receive them in that condition. Most of these items sustain severe damage over the centuries, often reaching our archives in poor condition; torn, broken, rumpled, their pieces stuck to one another, and dirty.

Recently, the department received a Yemeni manuscript, written in the year 1595, of a work known as Al-Wajiz al-Mughni (The Brief and the Sufficient”). The manuscript, written in Hebrew and Judeo-Arabic, contains a comprehensive midrash on the Torah portions as well as a series of beautiful illustrations, including an impressive menorah, a family tree displaying the sons of Jacob and even a sketch of the ephod and the choshen (the ceremonial breastplate worn by the High Priest). The manuscript arrived in a fragile state: Its cover and pages were torn. Its seam had been poorly sewn, resulting in damage to the pages, with holes and cracks appearing in the parchment. The ink had begun to decay and to eat away at the paper. 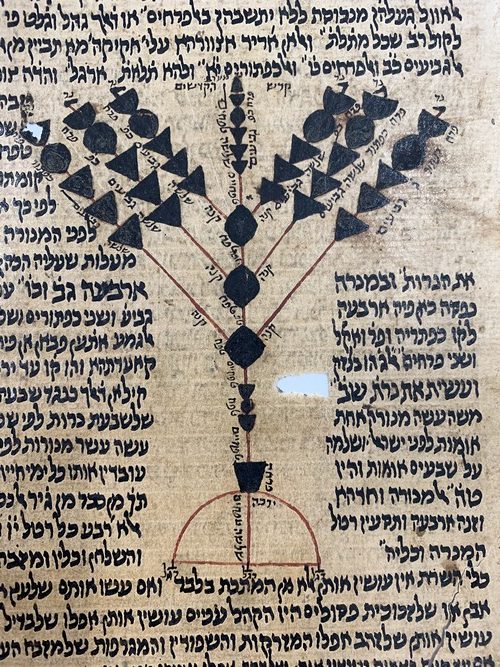 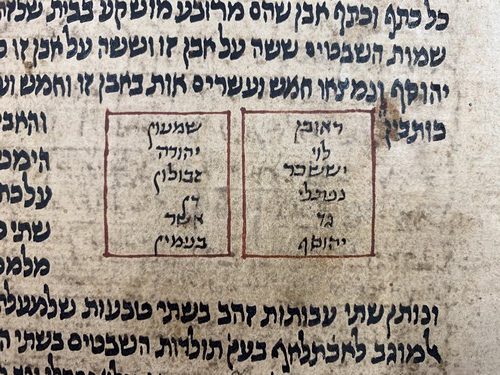 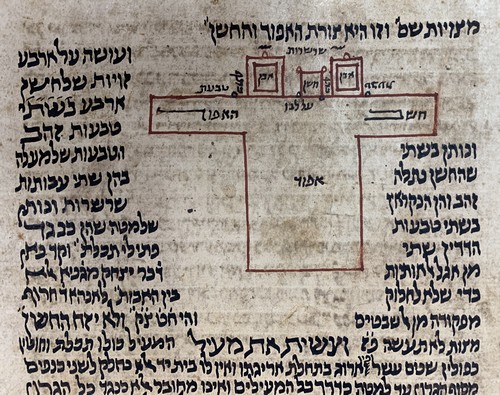 Marcela Szekely, the director of the Conservation and Restoration Department, described the challenges the staff was faced with: “The manuscript was very dirty when it reached the department. The seam was sewn very close to the text, the proximity causing some of the pages to tear over time. We had to take the seam apart to understand that we weren’t dealing with double-page leaves but rather with a pile of single pages sewn together, page-to-page.”

And so, the staff set to work: Haim Shushan, a book conservator at the department, documented the state of the item before it was treated, as is common practice with all the items that are handled. First, he disassembled the book’s cover from its body. Then he cleaned the pages and removed the layers of dirt which had accumulated over the centuries, composed mostly of dust, various materials that had stuck to the pages over time, hair and wax stains, along with different types of leaves and grains. We asked Haim what the worst kind of dirt he encountered in his work was; he immediately answered, “Human DNA – beard hair”.

Haim then began to restore the pages. He decided to get rid of the old seam which had damaged the item, and employed a technique for creating new leaves (double-page sheets) using Japanese paper (washi): The single pages were rearranged as leaves, with two pages for each leaf. A thick layer of Japanese paper was glued between the pages, fastening them firmly together while allowing flexibility when viewing the manuscript. Haim placed the leaves on top of each other until he could finally sew them all together into a single mass, a whole book. 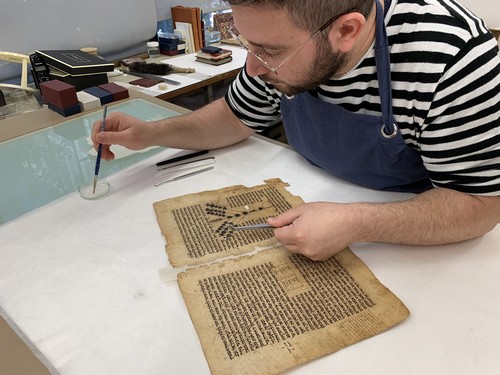 On closer inspection of the manuscript, one notices additional, irritating cases of damage. Sections of pages were torn out and replaced with patches of newspaper fragments or notebook paper, with the text being rewritten; the ink had begun to decay, with holes appearing in some of the pages, which could threaten the state of the item as a whole. Haim had to handle all these issues.

It was decided that the old patches would also be preserved, as they served to complete the text and represented evidence of historical techniques. To fix the newer holes, Haim created new patches himself. “The type of ink used in this manuscript is extremely difficult to work with,” he said, explaining the production process: “When wasps lay eggs in a tree, it causes the tree to produce a black liquid which covers the eggs. In the past, these black beads were collected and ground into ink, its chemical composition high in acid.” That is why certain parts of the book were consumed.

The holes were also covered with Japanese paper in an extremely delicate process. First, Haim sketched the outline of each hole on the back side of the page, enabling him to produce a piece of Japanese paper identical to the missing piece. After making sure the size was right, he applied special glue to the paper and flattened the two layers into one. This process prevents further decay and damage to the pages and their content.

Preparing a new patch. The ink damage (the dark spots) can be seen clearly

Fitting the new patch to the page:

Gluing the new patch to the page:

Flattening the patch onto the leaf, creating a single layer: 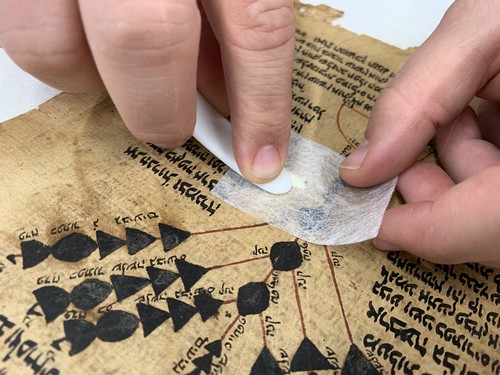 And there you have it. Once the book is rebound, the new cover will safeguard the item and preserve it, so that you – the general public and the many researchers who visit the National Library – can study it and familiarize yourself with the customs of the ancient Yemenite-Jewish community. The art of conserving such manuscripts is highly complex and delicate, requiring skill and expertise. The workers at the National Library’s Department of Conservation and Restoration are responsible for saving these extremely rare items – for us and for generations to come – because the future begins with the preservation of the past.