This story of the purchase of this Spanish Kabbalistic manuscript encapsulates much of the work done here at the National Library. 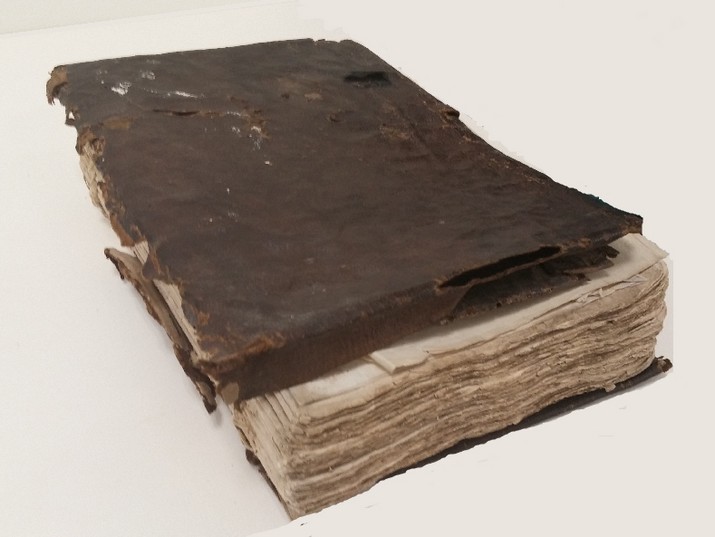 The manuscript in question

Dr. Yoel Finkelman, the curator of the Library’s Judaica Collection, reveals the four steps that are taken before deciding to add (or not to add) a new item to the Library’s collections.

Some time ago, an individual in the Hebrew book trade approached a worker in the National Library with a manuscript of Jewish interest that had been put up for sale. Today, that very manuscript sits among the many treasures of the Library, so that researchers and future generations might benefit from its preservation. Manuscripts appear for sale constantly, and despite a desire to do so, we cannot purchase everything. Given that budgets are limited, how did we arrive at a decision to purchase it and why did we make that decision?

We knew from the seller that the manuscript was written in Spanish in the late sixteenth or in the early seventeenth century and that it deals with Kabbalistic issues, particularly transmigration of souls and reincarnation. This already sparked our interest. The Spanish-language suggested a community not fluent in the Hebrew or Aramaic of standard Kabbalistic texts, and pointed broadly in the direction of Spanish exiles and crypto-Jews, perhaps in Italy or Amsterdam. But, the seller himself knew almost nothing else. Fortunately, he agreed to allow us to hold onto the manuscript temporarily while we looked into it.

Step one: determining the condition of the manuscript

The manuscript was not in good shape. The binding was torn, at least one entire quire (kuntres, in Hebrew) was missing from the beginning and end, many individual pages were torn, and there were a handful of wormholes and stains here and there. This required a trip to the National Library’s restoration lab, where the staff of book restorers examined the document closely.

Yes, the binding needs work, as do many pages, but the most serious problem was the feared fungus growing on several pages near the binding. Clearly, the book had gotten moist at some point or had been stored in damp surroundings, and fungi on books and manuscripts cannot be killed. At most, they can be cleaned before the books are stored in conditions where the fungi will not develop further (or infect other books). Still, we were told, if the manuscript is important enough, we can handle it.

We needed an expert’s advice, someone with a deep knowledge of the Spanish-speaking Jewish communities after the expulsion, expertise in Kabbalah, and experience with the work of manuscript identification. A leading scholar — who spends some of his time in Spain, some in Oxford, and some in our reading room – offered to help out. Was this the work of crypto Jews still in the Spanish peninsula working in secret, or was it the work of Spanish-speaking Jews, descendants of those expelled, in Amsterdam, Italy, or even South America?

Step two: figuring out what the manuscript is

The scholar spent several hours in my office examining the handwriting, searching the paper for watermarks that might identify the time and place, and trying to understand the content. The handwriting pointed, as we suspected, to the late sixteenth century, and on-site he recognized one of the papers that had been used in the binding as a popular Spanish translation of the Bible from the sixteenth and seventeenth century. And while the content certainly seemed to be about Kabbalah and reincarnation, he could not determine what text it might be. Could it be related to the school surrounding Abraham de Herrera, a sixteenth and seventeenth century Kabbalist who wrote in Spanish for communities of anusim in Italy and Amsterdam? Hard to tell, but our expert was skeptical, based on the style and content of the book. He wanted some time to think about it and get back to us.

A few weeks later he and a friend, another scholar working in various aspects of early modern Kabbalah, arrived in my office with computers in hand, prepared to dedicate several hours to solving the mystery. The second scholar concurred that the physical evidence of the codex pointed to what we already thought. But what, exactly, is the text, and how could we find out? Is it an original work or a translation, and if a translation, of what? If original, by whom, and with whom did he study Kabbalah and learn? Who is the intended audience?

They found a few dates written here and there, which helped confirm the 16th-17th-century range. But the work was made difficult by the fact that the opening quire was gone and there were not any clear chapter headings. They tried some educated guesswork, opening several fifteenth and sixteenth-century Kabbalistic texts and trying to find parallels here and there, but without success. Finally, we were able to find a foothold: a handful of places in the manuscript where the scribe had written some words in Hebrew, even a quote or two from a biblical verse. Let’s find digital copies of contemporaneous Kabbalistic texts, they suggested, and search for those particular words in Hebrew. After half an hour of trial and error, they hit a jackpot. Those same Hebrew words appeared in R. Hayyim Vital’s Sha’ar Hagilgulim. Within minutes it was clear, this text, or at least much of it, contains, among other things, a Spanish translation of parts of Vital’s major work on reincarnation.

Step three: determining the importance of the manuscript

The discovery of the nature of much of the work was critical, but how important is this translation? Certainly, the two scholars said, this translation is interesting, but only a full-fledged study of the manuscript could fully determine its significance in the history of Kabbalah. Is it worth performing such a study? Absolutely, they said, and therefore the manuscript could make an important contribution to the National Library’s collection.

Just to be sure, though, we turned to one other leading scholar of Kabbalah and asked his opinion. He looked at photos of about ten pages of the document, and I met with him to discuss it. He concurred with what the other scholars had said but added something else significant. He felt certain that it is not connected to Herrera, in which case it might be even more interesting than we thought since it could point to students of Kabbalah that we do not yet know of. (In passing, he mentioned two other Kabbalistic manuscripts in his possession, which he lent us to digitize for the Library’s collection, including a translation of the same Sha’ar Hagilgulim into Romanian.)

Step four: provenance and haggling over the price

The person who brought the manuscript to the Library suggested a particular price. It struck us as a bit high, particularly given the bad physical state of the manuscript and the necessity to invest funds in repairing it. More than that, our manuscript budget remains limited. We turned to the middleman with two important issues. First, we wanted to contact the owner directly and speak to him about the provenance (origin) of the manuscript. How did he come to own it, how long has he owned it, and why is he selling it? We needed to receive written guarantees that the manuscript belonged to him and that we were not dealing in goods that might be stolen. Second, we indicated that we simply could not afford the asking price. After several rounds back and forth, we reached an agreement much closer to what we wanted to pay, and a contract was signed.

After the purchase was completed, the manuscript underwent a thorough process of disinfection, in order to kill any bookworms or other lifeforms that might have been living in its pages. Then, the restoration lab did whatever was necessary to fix the binding and the torn pages and to clean as much of the fungus is possible. A unique box was constructed to protect the manuscript, and it has now been photographed in high-quality so that scholars can work on it without damaging the manuscript or risking the spread of the fungi to other books. You can view the manuscript here.

If you know a Spanish-speaking Kabbalah-scholar or graduate student looking for a challenging research project, put them in touch with us.