In the National Library of Israel's Edelstein Collection, we discovered evidence of one of the world's first modern washing machines, dating back to the 18th century 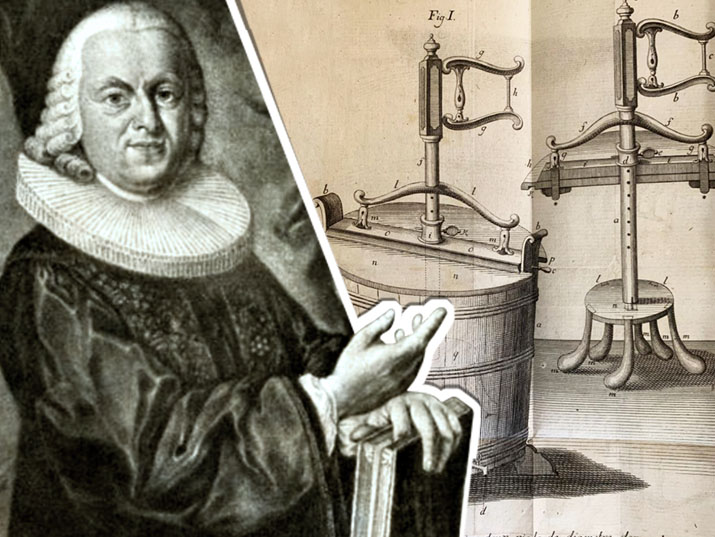 “Question: How can we bleach laundry under the following conditions?” This is how the first page of our pamphlet begins, in which we will discuss… laundry. The question is quickly followed by a list of sixteen conditions, which must have sounded farfetched to readers of the period – the mid-18th century.

So how could this wonder be achieved? Was it really possible to wash laundry without standing knee-deep in a river, while scrubbing clothes on a metal washboard? French readers who received this pamphlet must have had endless questions… “To do all this, you must use the newly invented washing machine, and here is its description,” the pamphlet continued.

The more up-to-date readers of the time may have heard of an English patent for a similar device issued in the late 17th century. Or perhaps they came across an illustration of an early washing machine, published in 1752 in “The Gentleman’s Magazine“. But it’s more likely that they had never heard of such a thing, taking into account the world of the 18th century, which was experiencing only the first hints of globalization. Most readers were probably surprised to hear about this newfangled invention, and perhaps even dismissed the claims as nonsensical fabrications.

Our pamphlet was printed in French in Strasbourg in 1767. As mentioned on the cover, it was in fact translated from German. The pamphlet’s title promised, “A description of the machine invented in England and perfected in Germany, for washing laundry – with greater convenience and at lower cost than you have been used to.” In Germany that same year, the original English washing machine received an upgrade thanks to a man named Jacob Christian Schäffer.

Schäffer was a theologian, inventor, and scientist. He researched the plants, birds, fungi, and insects found in the vicinity of his city – Regensburg. His research was extensive and covered many fields of knowledge, and he also drew wonderful illustrations of the animals and plants he researched. The aforementioned washing machine wasn’t his only invention. He also experimented with color pigments and optics, created lenses and invented paper-making methods.

From Germany, the washing machine pamphlet made its way to Strasbourg – the capital of the Alsace region, which throughout history has changed hands many times between Germany and France. And there, as described in the beginning of the pamphlet, a “clever mechanic” managed to construct the machine successfully. The pamphlet goes on to describe the various machine parts. As we see in the accompanying illustration, the device consisted of a large container into which the clothes were thrown, as well as a rod, which was inserted into it and which generated the spinning motion that we are familiar with in modern washing machines. The pamphlet also contained technical instructions, essentially providing an answer to the booklet’s opening question.

As with any self-respecting pamphlet, the text concluded by detailing the various advantages of using the machine, including: saving wood, soap, and time, as well as maintaining the health of those doing the laundry. In summary, Schäffer wrote, “I think my work here is done. What I have stated here proves that we can rightfully describe the new invention as a convenient, efficient, and lucrative machine in every way.”

The next development was the invention of the “drum,” in which clothes were inserted and rotated with a handle. It took another hundred years for the next significant improvement: the use of a steam engine that could rotate the device without any human assistance whatsoever.

In the early twentieth century, the electric washing machine came into existence.

If you’ve read this far, you probably want to know how this French translation of a German text about an improvement on an English invention found its way to Israel’s National Library. We won’t leave you hanging: the copy found in the National Library is a small, green book which includes essays about different washing machines, with a particular focus on those operated by steam. The book is part of the Edelstein Collection, a large collection of books donated to the National Library of Israel by the Jewish-American chemist, Sydney M. Edelstein and named after him. Edelstein studied the history of fabrics and their dyes, and is especially famous for his contribution to the research of archaeological textile in Israel. His collection of books is the foundation of the National Library’s scientific collection. We invite you to visit this collection and have a look at this fascinating book.   If you liked this article, try these: The Last Resort: The Man Who Saved the World from Two Pandemics Newton’s Temple No Friend of Bacteria: A Letter from Louis Pasteur