Celebrating in the Shadow of WWII: “Jewish Photos” from September 1939

For two and a half years, the weekly magazine "Yiddishe Bilder" aimed to become a Jewish version of Life magazine. The fall of 1939 was marked by both the Jewish holiday season and the guns of war… 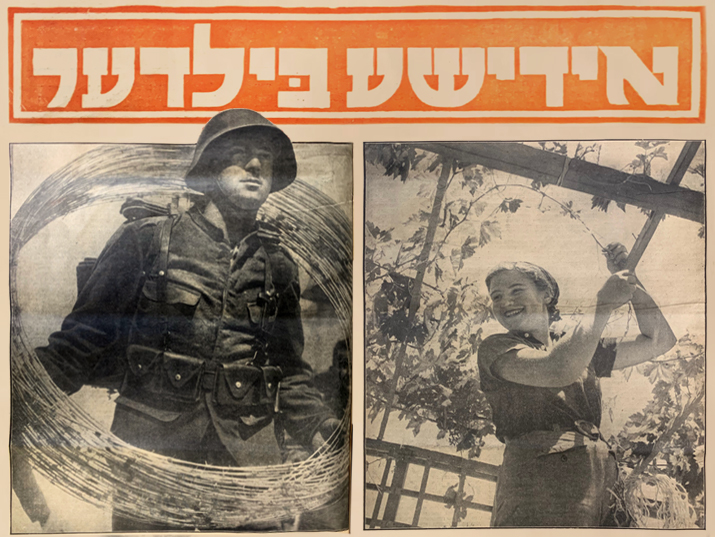 The skies of Europe filled with gathering clouds in the summer and fall of 1939. As the autumn breeze carried the sound of marching spiked boots around sections of the continent, in the Latvian capital of Riga, the Jewish community was preparing for the holidays of the Hebrew month of Tishrei, while peering worriedly across the border. The peculiar combination of festivity and fear of that which lay ahead, is still discernible on the pages of one of the prominent Jewish weekly magazines published in Riga at the time, Yiddishe Bilder.

Yiddishe Bilder (“Jewish Photos”) was only published for a little over two years; its first issue was printed in late May of 1937 and the last issue, as we shall see below, reached the newsstands on September 27th, 1939. The weekly publication, a sort of local, Jewish version of Life magazine, was an unusual phenomenon in Latvia, which was under the authoritarian rule of Karlis Ulmanis at the time, who had come to power following a 1934 coup. The Ulmanis regime was hostile toward Jews and prohibited the publication of Jewish newspapers, except for one daily outlet called Haynt. However, two publishers named Brahms and Pollack were granted a government concession to publish an illustrated weekly magazine – the Yiddishe Bilder. 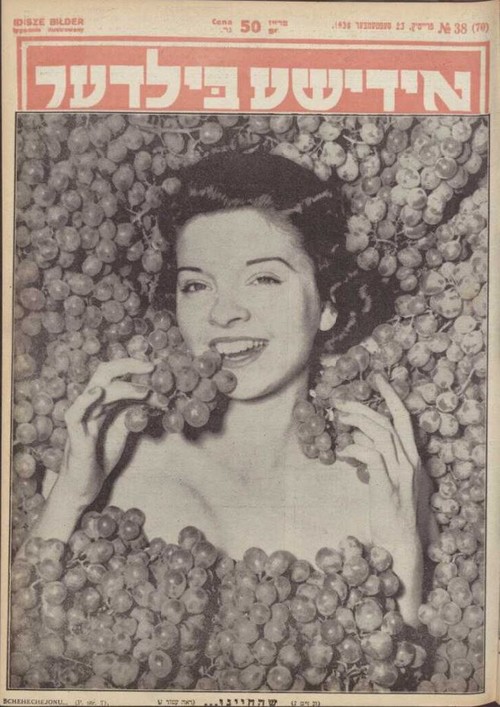 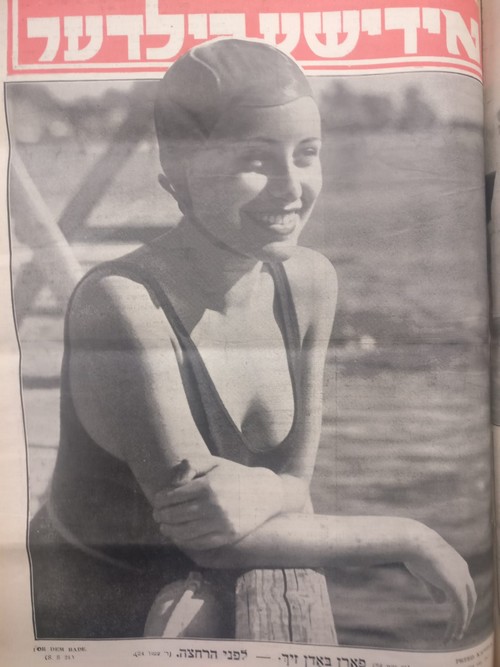 Befitting such a magazine, as readers browse through its pages, their attention is drawn to the large, striking photos that appear almost on every page. The content was intentionally apolitical, providing a platform for all views of the local Jewish population. It was published in Yiddish, though the captions of the photos were usually printed in three or four languages: Yiddish, Hebrew, Polish and German. 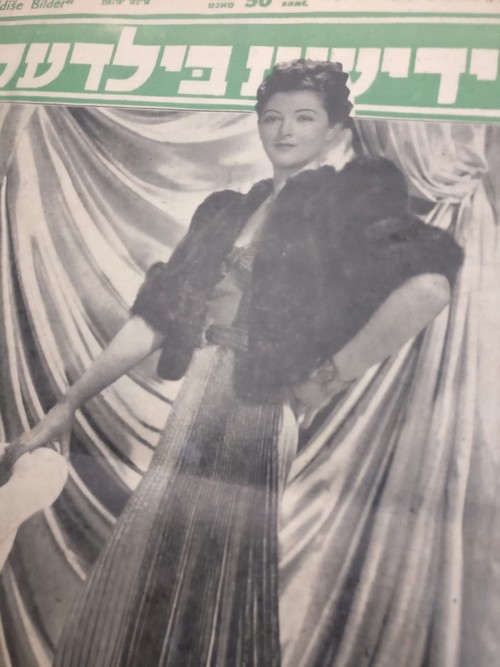 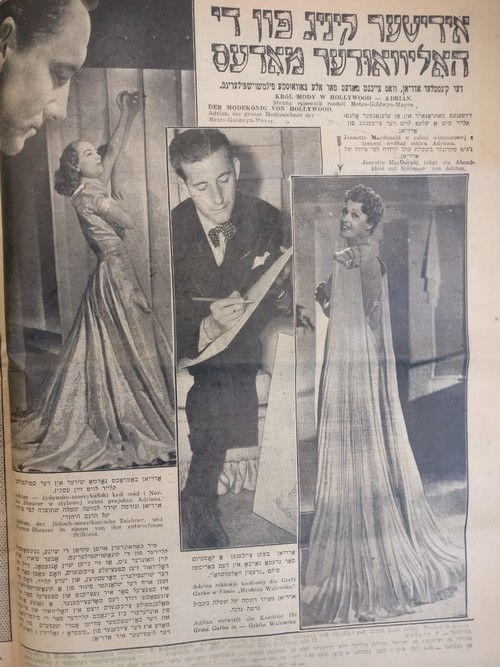 Yiddishe Bilder was widely circulated and in addition to Latvian communities, it reached shops in Poland, Estonia, Britain, France, the United States, Sweden, Holland and many other countries. Its copies were distributed all over the Jewish world, including the Land of Israel, and a large portion of the pictures published in it were taken specifically for the magazine’s use. Thus, the front page of Yiddishe Bilder‘s very first issue featured a photograph of members of the Jewish community in India. In another issue, one of the magazine’s reporters interviewed the infamous Mufti of Jerusalem, Haj Amin al-Husseini.

In addition to covering Jewish communities and world politics, the magazine put its spotlight on the world of entertainment and its big stars. The reporters enjoyed digging up the supposedly Jewish roots of various world leaders and famous actors (some of these stories had little basis in fact). A double-page spread was even dedicated to Charlie Chaplin, on the pretext that the silent film star was of Jewish origin.

The magazine included interviews, items about Jewish celebrities, serial novels, a small sports section, jokes, riddles, crossword puzzles and even a children’s section. A significant portion was dedicated to Zionist activity; comprehensive articles discussing the Zionist Congresses of the period and many pictures of life in Israel were featured in the magazine’s issues.

In 1938, the magazine gradually began to cover more dramatic events from around the world, which had clear repercussions on the lives of Jews: The Anschluss with Austria, Kristallnacht and the dedication of Polish Jews to the local military were recounted by the magazine. In its first issue of 1939, a new column was included introducing different possible destinations for emigration (this issue discussed British Guiana). Later that year, an additional column designed for English learning was printed in the weekly magazine.

The fact that the fate of the magazine and its readers is known to us today does not dispel the drama that unfolds as one leafs through the final issues. As the weeks went by, more and more pages were devoted to images of guns and cannons. The coming of the fall marked the beginning of preparations for the Jewish High Holy Days. The Rosh HaShanah issue, published on the eve of the Jewish New Year of 5699, featured a cover photo of a soldier carrying barbed wire used for fortifications. The caption below the picture read “The World Welcomes the New Year!”. The issue included items on the holiday customs alongside stories on current events: how the Zohar predicted the war’s outbreak and pictures of world leaders with the caption, “War and Peace Is in Their Hands.” 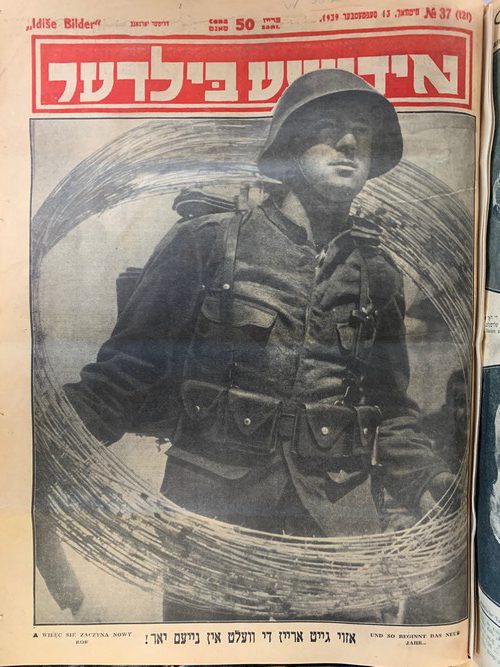 Fear continued to surface in the Yom Kippur issue published ten days later. The first few pages include a Yom Kippur folk tale, followed by large photographs of the raging war in Poland. Special reports reviewed the endangered Polish synagogues. One page displayed photos of the lives of Jewish communities in the country. The issue also covered the possible ways of reaching the Land of Israel – by boat, bus or car. 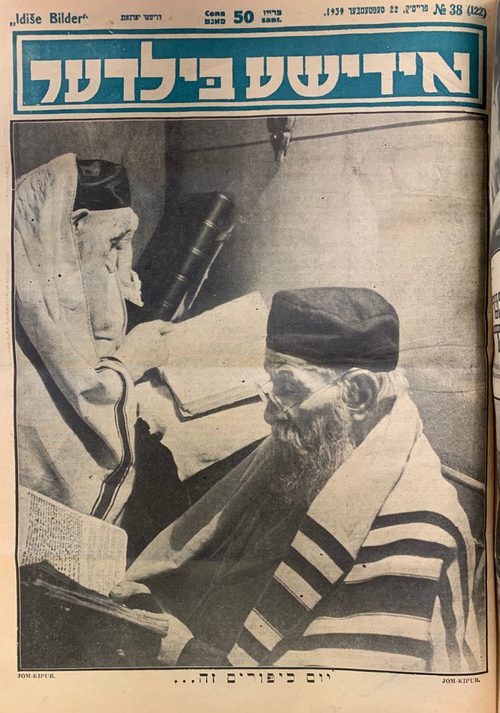 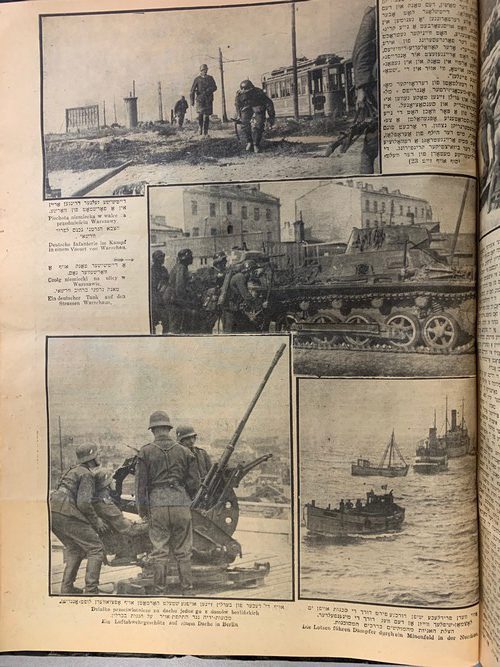 The last issue, published on the eve of Sukkot, September 27th, 1939, reflects the anxiety and hope which were intertwined during those Days of Awe. The issue’s cover photo is of a woman assembling the Skakh (roof or covering) of her Sukkah, her smile bright and her eyes beaming. Reading the fine print, we learn that the photo was taken in Nahalat Yitzchak, a neighborhood in east Tel Aviv. At that time, Nahalat Yitzchak (established by Jewish immigrants from Lithuania) belonged to no municipal jurisdiction; the magazine even referred to it as a “kibbutz”. 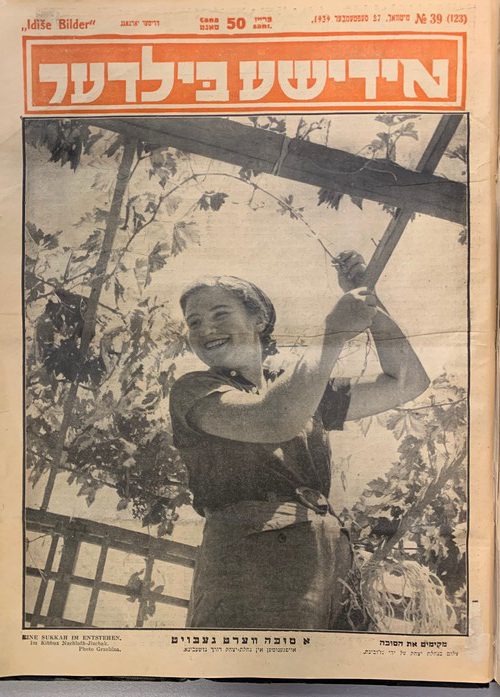 The back cover of the issue shows a different world entirely – soldiers wearing helmets, standing by cannons and machine guns – the title reads ‘This Is the Face of the War’. The atmosphere in this despondent picture is completely disparate, the faces of those in it hidden. In between, reports from the past week at the battlefront were printed (the issue was published as the Germans completed the invasion of Poland); the following page describes the dangers of mustard gas and the memoirs of a soldier who served in the French army in WWI. Later we see photographs from around the world of preparations for war and of British military forces on alert in Mandatory Palestine. Another article discusses past Jewish wars, including some that occurred in the time of the Bible. 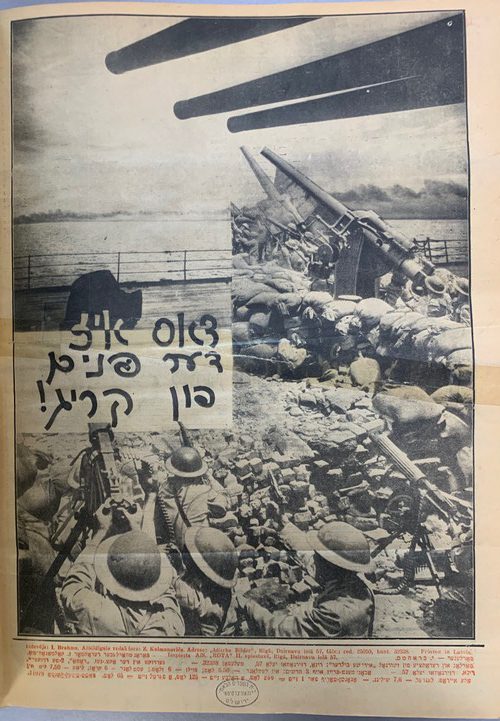 And yet, Sukkot was approaching, and the issue also displayed pictures of the holiday spirit. An illustrated article was featured about women serving in the British police service in the Land of Israel. Also to be found were a serial novel, holiday songs, crossword puzzles and, of course, the children’s section. 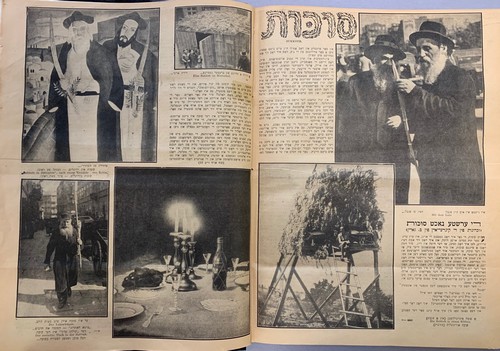 Another reminder of the great loss which lay ahead for these communities was emphasized in a double-page spread dedicated to Jewish life in Vilnius; the synagogue and Holy Ark, community leaders and staff members of YIVO, the authority established to regulate Yiddish spelling and transliteration.

Yiddishe Bilder was more fortunate than other Jewish newspapers during the early days of WWII – the editorial staff was given the opportunity to say goodbye to the magazine’s readers who were loyal to it for roughly two and a half years. A short, framed message was printed at the end of the issue, in which the magazine’s publishers and editors described how “the flames of the war have consumed the largest Jewish community in Europe.” The magazine’s largest audience lived in Poland, and most of the stories the magazines reported over the years had come from there. The publication had developed a network of reporters and photographers in Poland who produced the content which the magazine depended on. In light of the events, the editors announced they were forced to cease publishing the weekly magazine. However, they promised, it would be but a temporary break. When better days arrived and peace was brought to the world, the Yiddishe Bilder, too, would return, to “maintain Jewish interests and cultivate courage and self-awareness among Jews.” 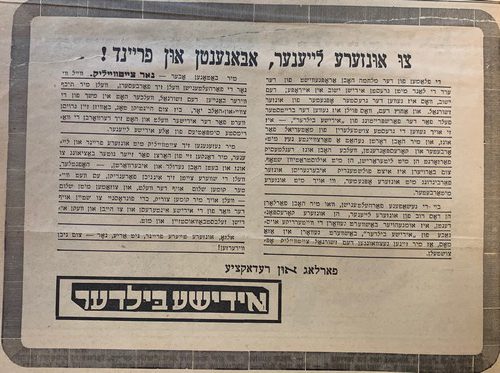 “Dear friends, this is not goodbye, but farewell, we shall meet again.” These words conclude the last issue of the illustrated weekly magazine read by so many Jews across so many communities. Though peace did eventually come, the Jewish communities of eastern Europe would never recover from the tragedy that had befallen them. The Yiddishe Bilder was never published again, yet its issues have been here since, a standing memory of a thriving culture and its day-to-day life.

The Magnificent Polish Synagogue That Was Destroyed in World War I