The Jewish Gangster Who Founded a Gambling Desert Paradise 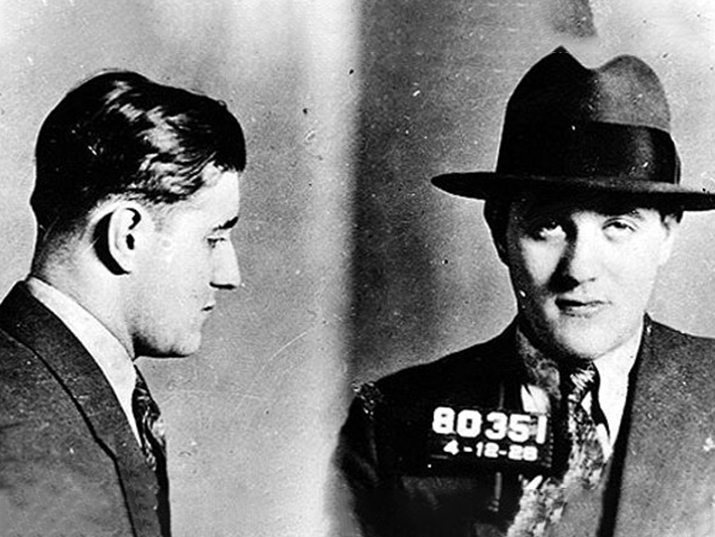 The city of Las Vegas was founded in May, 1905. It was not a typical American city; for the first forty years of its existence, Las Vegas was a sparsely populated town located in the dusty, desert state of Nevada, some eighty miles from Death Valley. The first generation of residents never imagined the tourist paradise their city would eventually become.

If the Second World War had wreaked total destruction upon large swaths of Europe and Asia, in the United States, the war had actually given the Depression Era economy a much needed boost. In its wake came a period of unprecedented prosperity. The American century began with an enormous economic boom and the middle class was at last able enjoy the good life that until then had been the preserve of America’s wealthiest citizens. Among other things, this included some of the more suspect activities like gambling, prostitution, and the consumption of drugs and alcohol.

Most of the illegal gambling institutions were in the hands of the National Crime Syndicate — a loosely-connected umbrella organization which covered much of the American underworld. It was controlled by “Lucky” Luciano, an Italian immigrant, and Meyer Lansky, a Russian-Jewish immigrant. Gambling joints and casinos were situated in two main locations: Miami and Cuba. The new technology of air flight had made America smaller and the fact that Nevada was the only state in the union where gambling was legal made it a bright spot on the investment map of the criminal world.

One of the most notorious personalities of this underworld was Benny “Bugsy” Siegel, who had paid his first visit to Nevada in 1941, in the hope of finding an ideal location that he could turn into the legal gambling capital of America. Bugsy came up empty-handed after his first scouting mission. While he recognized Las Vegas’ potential, the owners of the city’s first casino refused the Jewish gangster’s offer to buy out their shares. Eventually Bugsy found the right seller and managed to purchase a small gambling hotel downtown using a combination of cold hard cash and a few well-placed threats. Meyer Lansky did not share his long-time partner’s optimism regarding the future of the desert town, but he decided to support his friend and invest, while bringing along several other figures from the crime world.

From the start of his work on the project, Bugsy’s ostentatiousness knew no bounds: he hired the best interior designers money could buy and equipped the hotel with the most expensive furnishings available. He himself undertook the design of the deluxe suites. Above all, Bugsy invested in the casino and the bar, which he believed would provide the primary income of the new Flamingo Hotel.

Within the first month of opening, Lansky’s misgivings proved correct. Las Vegas did indeed grow over the years and moved away from its image as a sleepy desert town, but it did not have the power to draw continuous streams of tourists beyond the Christmas holiday season – the date set for the grand opening. The Flamingo Hotel closed within a month. The hotel and Siegel’s angry investors incurred heavy losses. The gangster refused to give up and in order to get back in the game he borrowed additional funds from banks and outside investors, doubling the usual investment for a Las Vegas hotel at the time, which stood at around one million dollars. The main funding once gain came from members of the Jewish underworld. This time, along with the money, came a warning: The “Flamingo” had better make good on the investment and turn a handsome profit for the investors, or else…

Bugsy brushed off the threats and invested the cash in additional renovations, but still, the casino business in Las Vegas would not take off. At first, Bugsy thought it was just a slow period that would eventually pass, but as the losses continued to pile up he could not ignore the hard truth – his business was simply not working.

His partners (who also suspected Bugsy of having sabotaged a drug deal) were convinced: either their friend was swindling them, or he had lost his business touch. Whatever the reason, Las Vegas was becoming more and more of a burden.

On June 20th, 1947, the violence that had accompanied Bugsy Siegel’s whole life finally caught up with him. During a vacation in Las Vegas, Siegel was shot in the head at point blank range, dying instantly. Photographs of his body were published across the United States and afterward around the world. In the weeks and months following his assassination, news stories appeared about the Jewish gangster who had made the little-known city of Las Vegas the capital of his crime empire.  While he may have failed in his mission, in his death he contributed to the city’s reputation for decadence and corruption, a reputation which would transform Las Vegas into Sin City within a few years.

During the Cuban revolution of 1959, the casinos owned by Lansky and his fellow gangsters were nationalized by the new regime. Their other businesses in Miami were also damaged as a result. Only at this point did the Jewish mafia boss turn his attention to Las Vegas, the city that had been so dear to his late friend.

This story has an Israeli angle. It is known that Lansky contributed money to the Jewish yishuv during the War of Independence. But besides that, in the 1970s he even asked to be allowed to immigrate to Israel under the Law of Return in an attempt to escape a federal investigation against him back in the United States. He visited Israel on a number of occasions and during his stays identified Eilat as a potential gambling paradise – another desert town located far away from the country’s bustling central region.

The Israeli government rejected his request, fearing that his presence would attract the attention of other American criminals. Did Eilat miss out on an opportunity to become the Las Vegas of the Middle East? We will likely never know. Lansky, of course, had another spin on this story. In an interview with the journalist Dan Raviv, the old gangster said that all he wanted in his retirement years was to live in Israel “just like any other Jew.”