How Tishrei Became the First Month of the Hebrew Calendar

How did we come to celebrate the New Year in the fall when in the Bible it was celebrated in the spring? And what is the origin of the first month’s peculiar name? 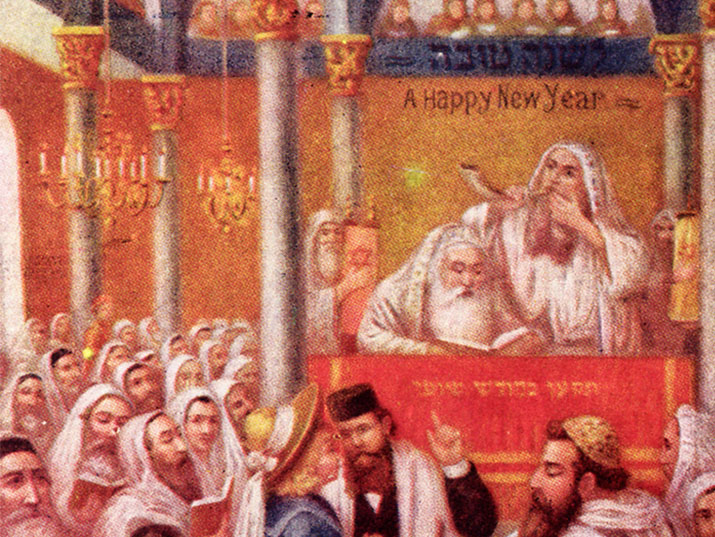 The Hebrew month of Tishrei begins with the holiday of Rosh Hashana – the festival of the Jewish New Year. Yet many of you will be aware that Tishrei was not actually the first month in the calendar of the ancient Hebrews chronicled in the Bible. So what of the many holidays we associate with Tishrei today? Tishrei originally had at the very least one festival—Sukkot—during which the faithful were expected to make a pilgrimage to Jerusalem, a feat that was considerably more challenging than the typical holiday traffic nowadays. What’s more, the ancient Hebrews didn’t call this month Tishrei.  In this article, we will learn a bit about this month, its unique name, and how it came to be the first month of the Jewish year.

Let’s start with the name. As is well known, the names of the months of the Hebrew calendar derive from the Babylonian calendar, which was in Akkadian, an ancient Semitic language spoken mainly in Assyria and Babylonia. Given that the Babylonians were the leading astronomers in the region, it’s not surprising that their language had such a profound effect on the Hebrew calendar.

The month’s name—Tishrei – in fact stems from the Akkadian word tašrītu which means “beginning.” But the beginning of what?  Similar to most ancient peoples of the region, the Babylonians began counting the new year in spring, in the month of Nisan (another name of Akkadian origin). It could be that the Babylonians marked the beginning of the second half of the year with an additional festival in Tishrei—the seventh month, if one begins counting from Nisan. The Babylonian-Akkadian name also made its way into Arab dialects in the region of Mesopotamia and the Levant: the Gregorian months of October and November are called Tishrin al-Ul and Tishrin a-Thani, meaning – first and second Tishrei.

In the Bible, it is customary to call the months of the year by their number. Therefore, when the Israelites are commanded to celebrate Yom Kippur, Sukkot, and the mysterious holiday on the first of Tishrei (“a day of sabbath rest, a sacred assembly commemorated with trumpet blasts”, Leviticus 23:24), the month is simply called the “seventh month.” However, the seventh month is also one of the only months whose local-Canaanite name appears in the Bible. 1 Kings 8 tells of the people who gathered in Jerusalem for the dedication of the Temple by King Solomon (this was pre-social-distancing): “… at the time of the festival in the month of Ethanim, the seventh month.” The Jewish sages offered various interpretations for the meaning of the “month of Ethanim,” but it is likely that it derives simply from the beginning of the rains, when the rising waters of the rivers and streams generated a strong current (Ethan/Eitan means “strong” in Hebrew).

We won’t delve into the intricacies of the theories surrounding the origin of the Tishrei holidays. However, the journalist and linguist Elon Gilad has discussed these at length in a number of very interesting columns (Rosh Hashana, Yom Kippur, Sukkot) for Haaretz (his book on the subject will be published by Am Oved later this year.) Here, we will discuss the change that took place in the calendar, after which Tishrei became the first month of the Jewish year.

According to Gilad, most of the books of the Bible do not mention a festival on the first day of Tishrei. In fact, certain passages even mention other holidays which took place on or near this date. Aside from a number of commandments pertaining to the mysterious festival that appear in Leviticus and Numbers, the first mention of a festive event occurring on this date is in the Book of Ezra, which recounts the reading of the Torah on the first day of Tishrei. The sages were the first to assert this festival’s significance as the New Year, in the Mishna and Tosefta.  These writings date to around 200 CE, but it is possible that they document an earlier tradition.

Thus, according to Gilad’s hypothesis, sometime during the first and second centuries CE, the Jewish sages gave a new meaning to the mysterious holiday described in the books of Leviticus and Numbers, according it the special status we attribute to it today. They determined that this is the anniversary of the creation of the world, and the day on which human beings are judged for their actions during the past year, and on which their fate for the coming year is determined. Gilad further speculates that the choice of the fall season for the New Year as opposed to spring, which was common throughout the region (for example, the new year in Iran is still celebrated around March), was intended to distinguish the Jewish people from the surrounding nations. We also add that the destruction of the Temple and the severing of the agricultural connection from the religious ritual likely enabled this change in the calendar.

Whatever the case, today we are able to enjoy a very festive and symbolic month, which has become especially significant in Jewish-Hebrew-Israeli culture. We’ll leave you with this Hebrew “Song for the Month of Tishrei” (lyrics and music by Datia Ben-Dor), courtesy of the cast of Parpar Nehmad, a classic Israeli children’s television show. Happy New Year to all our readers!