The Mysticism Behind the Counting of the Omer

A look at the Kabbalistic significance of the Counting of the Omer, which culminates in the festival of Shavuot 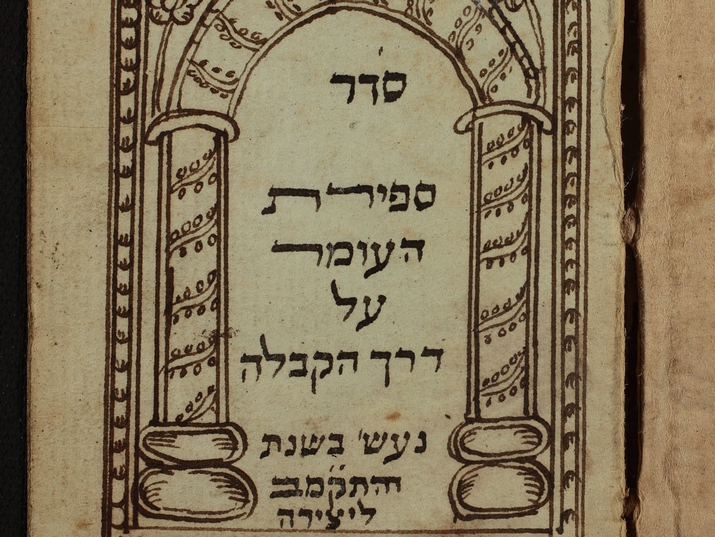 "The Counting of the Omer by Way of the Kabbalah", Italy, 1782, the National Library of Israel collections

The Counting of the Omer (Sefirat HaOmer) – the commandment to count the 49 days from the second day of Passover until the festival of Shavuot – was just one of the 613 commandments (mitzvot), and over history was performed, more or less, according to the particulars of Jewish law. In the Biblical text, the idea behind this mitzvah was to focus on the critical period between the barley and wheat harvests and the bringing of seasonally appropriate sacrificial offerings.

Yet quickly, over the course of the 17th and 18th centuries, the commandment became especially significant as a result of the great influence of Lurianic Kabbalah and the influence of the Kabbalistic circle in the city of Safed. As a result, new elements were added to the prayers recited during the Counting of the Omer, additions that focused on the mystical meanings attributed to the seven-week cycle of seven days each. Through the performance of this seemingly minor mitzvah, worshippers were not only able to purify and sanctify themselves; they were also given the opportunity to assist in bringing forward the Messianic Era and redeeming the entire cosmos.

The new mystical focus that Lurianic Kabbalah brought to Jewish prayer caught on rapidly and reached circles far beyond those adept at the study of the secrets of Kabbalah. Very soon, special editions of prayer books were printed specifically for the Counting of the Omer, while exquisitely illustrated manuscripts were also inscribed, all for the purpose of beautifying the performance of the mitzvah and helping the worshiper to focus on the Kabbalistic meaning of the Counting.

Lurianic Kabbalah was often the impetus for attributing new mystical meanings to existing Jewish rituals, especially in relation to the desire to unite and join the disparate and separated elements of the spiritual worlds of Jewish mysticism. While performing the mitzvot, the believer can focus his or her attention on uniting and connecting the Kabbalistic sefirot (the mystical powers or elements of the Godhead) in order to achieve unity, cohesion and coordination in a broken and disjointed universe. Despite the opposition of certain circles to the spreading of Kabbalistic customs to the masses, Lurianic Kabbalah also played a popularizing role, creating rituals and prayers shared by both learned sages and less knowledgeable Jewish worshippers. Kabbalat Shabbat prayers, which quickly became an integral part of the Jewish Shabbat prayer routine around the world, are a clear example of this. 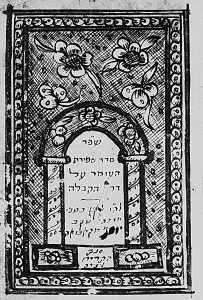 With the internalization and acceptance of the ideas of the Kabbalah, believers began to understand the concept of seven-week cycles and each of the seven days of the week as parallel to the seven lower sefirot of the Kabbalah, which were perceived as a more accessible unit in the heavenly spheres. Thus, the words Sefirat HaOmer, (The Counting of the Omer), also stimulated a connection to the Kabbalistic sefirot. One of the central concepts of Lurianic Kabbalah is that of tikkun – the ability of a person, through actions made with special intentions, to bring about harmony in the heavenly realms. The special prayers of the Counting of the Omer envision seven internal sefirot within the seven lower sefirot so that each week is dedicated to the tikkun of one sefira, while each day of the week is dedicated to the tikkun of one internal sefira.

In honor of the festival of Shavuot, the National Library is unveiling several examples of these prayer books, which clearly reflect a growing enthusiasm for the fulfillment of the Counting of the Omer.

Torah, Raki and Yogurt: Shavuot on the Aegean Sea